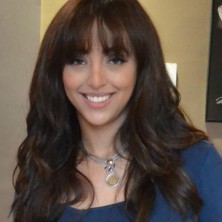 If you don’t know Nayrouz Abouzid than you have been hiding under a rock for the past ten years.

When it comes to women entrepreneurs Nayrouz has blazed a trail for young ladies to follow. From starting her own magazine to closing it down to reopening, then to managing artists and being one of the first female club managers and promoters, Nayrouz now runs successful online magazine Alter Ego and her own public relations company Ego Communicate.

You’re one of the pioneers in the market in Egypt. How do you feel about your accomplishments so far?

For someone who works in the industry that I work in, I never feel like I’ve accomplished anything. It’s always a constant – and I’m not trying to be cliche, but it’s a constant struggle all the time. Also, this market… very rarely does it acknowledge your efforts, so it also creates a sense of insecurity sometimes… Of course I’m proud of certain things that I’ve done in my life, but in general, I never go around saying, ‘I’ve accomplished something’. I feel like I’m not yet there. The market’s so immature right now, you know, it needs so much growth.

Where do you see yourself in five years? 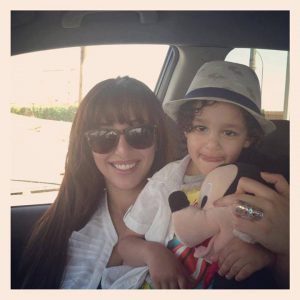 With another kid… maybe! I have one kid. And I would hope in Egypt, but I suspect that I won’t be here.

Yea, because I feel like I need to provide my son with a very stable and… good education and I don’t feel like I can still get it here, you know. The country is going through such a huge shift that I don’t feel like my son would be able to really learn the things that I learned when I was in Italy for a long time. Maybe I’m wrong.

How do you find the work/life balance and what advice would you give to other working mamas?

Marry a good guy. That’s my advice, really. I was lucky – and anyone who knows my husband will know that this guy is like, seriously, one of the best, most supportive husbands ever. He’s an artist. Also, his lifestyle is very different than mine. He works at night, I work in the morning, so that kind of helps us take shifts with my son. He’s also very supportive of what I do. He met me when I was doing everything, so he understands exactly what my lifestyle is. I think the main thing is to marry or partner up with someone who appreciates your efforts.

In your career you’ve come across some pitfalls. What did you tell yourself in your lowest moments?

Every single time – you can ask Sherry this – every single time I went through a downfall in my career, and I’ve went through many, the first thing I told myself is, ‘I’m accountable for my mistake.’ And the second thing I said is, ‘I shouldn’t trust everyone so much.’ In the business world, where money and power and credit are involved… you will see this with many business people who will always have a story to tell, that something happened that wasn’t predicted. It was an unpredictable situation. And I don’t want to be too negative about this, but usually, you can’t really control people’s behavior and so you shouldn’t trust people 100%. Get your lawyer and get your stuff done right so that you can actually work freely, feeling liberated and feeling like you’re not under a constant threat of being ripped off.

You just spoke at a panel about women entrepreneurs and much of the discussion was about challenges. What are the benefits of being a female business woman?

Listen, women are hot, okay. They take care of themselves. Presentability, especially in my industry, is very very important… In general, women are more persuasive… and they’re good to look at and they’re better talkers, usually, than men. Men get to the point. Women like to tell stories and when you’re working in the sales, magazine, sort of advertising industry, a woman is usually a better seller than men… Usually.

Another topic was managerial styles – how female bosses tend to be more nurturing, although some women prefer to take a more masculine, aggressive role. How are you like as a boss?

I’m both. I’m both. Like if you ask anybody who’s worked with me, I have a very sort of emotional aspect where, okay, you know what, I’ll forgive you. Okay, you know what, another chance. And I give 20 chances. And there are times when… especially when it’s linked to ethics – work ethics and ethics in general – honesty is very very important for me and that’s where I get very aggressive. So when I feel like I’m working with people who are not honest, I become extremely harsh and I cut them off completely and I act like “a man”.

Any last words of advice for young female entrepreneurs?

Please make your business yours… This is all I’ve learned in the past 10 years. Make sure nobody takes your business, and when they do, build another one. And make sure nobody’s involved in that business. And the second thing is: learn. Learning is good. Sometimes work for free because it’s a great experience for you and try out things and accept criticism. Because I feel like a lot of the young people who graduate feel like they have a sense of self-entitlement. They’re constantly like, ‘I can be a manager’, ‘I can start up a company’. No you can’t, actually. No, you need to learn, research, educate yourself and then do your thing.