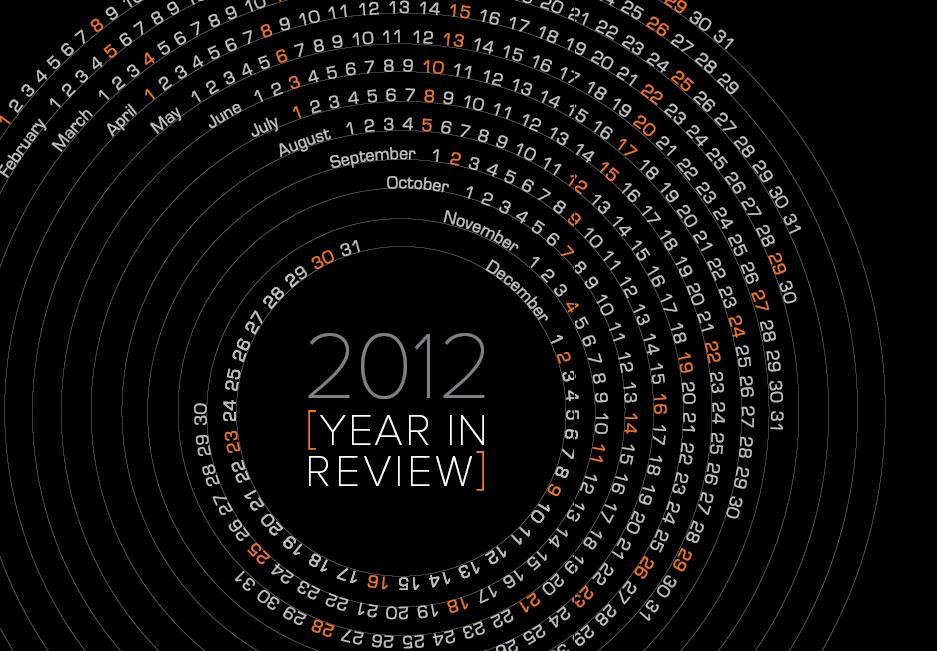 The year is quickly winding down and we’ve collected 2012’s biggest events and happening for you in one place. Some you may have forgotten, others completely baffled you, or all together genuinely reminded you “hey humans aren’t all so bad!”

In no specific order, here are 2012’s biggest, baddest, and saddest, happenings!

Who could forget being glued to their computer, waiting for some Austrian dude they had never heard of before that Red Bull had found him, to jump from the edge of Space!?

Dubbed as this generations Niel Armstrong, Red Bull pushed the boundaries of science, by having Felix free fall to earth, thus breaking the sound barrier.

Red Bull Really Did Give Him Wings!

If you haven’t seen Psy’s Gangnam style video, then your probably not one of the Billion viewers who have seen his video on Youtube. The Korean singing sensation/rapper, was catapulted onto the music scene early this year with his crazy Korean rap song, that went viral.

Now with over 1 billion views, breaking Youtube records as well, Psy has gone down in history as the most viewed video ever!

It was the summer of 2012, when Egyptians sat in front of their TVs anxiously watching their first Democratically elected president take the stand as their new leader! Little did they know they were in for a whirlwind of a ride 5 months down the line.

Whether he is seen as a positive or negative reinforcement to the country he sure will go down in history!

Like most people noted, December 21st, 2012 was the most annoying day in social media history! With the world not ending, as the Mayans had predicted, everyone and their mother had a joke to make about the day.

Why are we marking this day down, for the simple reason that we waited the whole year to see whether or not we would really all perish on the 21st! Turns out the Mayans weren’t so smart after all.

The summer Olympics in London were not short of an extravagant event, both the closing and opening Ceremonies becoming some of the biggest trending topics the world had seen! But there were a few star athletes that left us in awe!

Take Mr. Usain Bolt, the Jamacain sprinter was coined the fastest person on Earth, after breaking records this summer in London. Literally no one stood a chance against the man!

The world lost one of its most talented singers February of 2012! Diva Whitney Houston was found dead in her hotel room, which left her fans all around the world in utter shock.

Ok we can’t say shock, since the woman had been on quite a destructive path for years, but the world loves a comeback story and unfortunately she did not get hers!

Rest in Peace Whitney, your music lives on in our Itunes playlists

One of the worst natural disasters to have hit the U.S.’s East Coast, Hurricane Sandy left thousands stranded without electricity, water, and shelter. Some in New York and New Jersey stayed without any electricity for over a week, while others were left stranded due to rescue missions being unable to reach them.

Till today, the U.S. is still cleaning up after Sandy, but at least they were much quicker to react than when Irene had hit!

Bashar El Assad’s days are numbered, as rebel forces make their way into Damascus, many speculate that the Syrian regime will fall sooner rather than later!

After nearly two years of civil war (or a revolution) depending how you look at it, and thousands of Syrians fleeing their own country, this is probably one of the worst atrocities that the past two years had witnessed. Innocent lives lost, and a power hungry regime make for a disheartening story!

The Qatari’s have made it their quest to buy the world, LITERALLY! Eyeing some of the hottest brands, locations, countries, you get our drift! The little Gulf country has made it a point that they are here to stay and they have BILLIONS upon BILLIONS to throw around!

International fashion house Valentino was bought by the Qatari Royals this year, as well as Harrod’s last year. Let’s put it this way, they pretty much own Knightsbridge!

Ahh, once the most coveted phone to have, now the least regarded. There are still those who insist on holding on to their Blackberry for their BBM service, but the mother company RIM seems to be crashing more and more each year.

If they do not come out with a smart phone that can rival the likes of Samsung and Apple, their doom is then near!

The U.S. had some pretty bad blunders to deal with this year, when it came to their gun control issues and the Second ammendment. First the shooting at a Colorado Movie theater during the premier of Batman’s Dark Night and the most recent being the Sandy Hook elementry school shooting.

When will the U.S. government wake up and realize that these lives are precious and actually these deaths can be prevented, we do not know!? But we sure do hope that in 2013 that this issue will be combated strongly!

12. The Birth of Scoop Empire

Of course our Birth as website must be marked in history! Closing almost 8 months, the Empire would like to thank you all for diligently checking us out, and making us your Urban Destination for your up to date news and ramblings source!

We Said This: May 2013 bring us even more things to bitch, whine and smile about!