The World Cup is here! Despite major protests across the country regarding planning and spending, and some unfortunate weather in some areas, the world’s most watched sporting event kicked off on Thursday, Jul. 12.

This update is a little late, because I am still trying to recover from the disaster that was the Spain vs. Netherlands match. Former World and European champions Spain got their asses handed to them by the oranje, who flattened them 5-1.

For those of you who live under a rock, or have no interest in football, we are still in the group stage of the tournament, with four teams per group. The groups are as follows:

After watching J.Lo, Pitbull and the Brazilian version of J.Lo sing the World Cup’s official (and annoying) song, the stadium played host to Croatia vs. Brazil, a match most thought would be a walk in the park for the host country. The laid back attitude on behalf of the Brazilians gifted the Croatians an own goal by the end of the first half, courtesy of Marcelo. By full time, Brazil had finally shown up to the game and Neymar Jr. put the Croatians to bed. 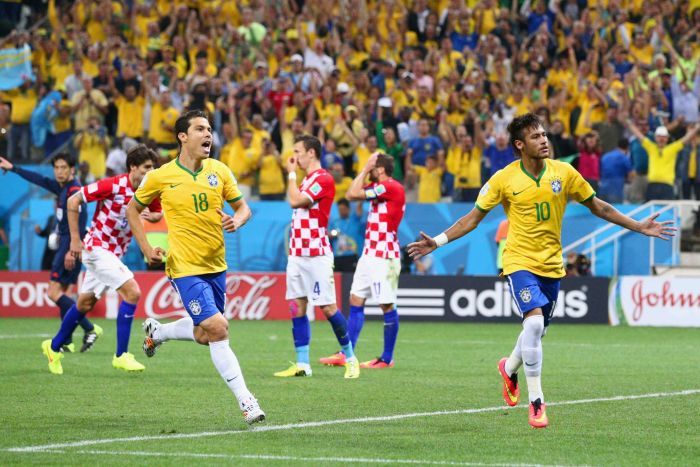 Next, Mexico put Cameroon at the bottom of the group with a 1-0 win.

The Spain vs. Netherlands game caused a global “WTF” moment, with the Dutch squad crushing the former European and World champs 5-1.

The Chile vs. Australia match passed by unnoticed, as everyone discussed the Dutch domination over Spain, the game ended 3-1 for Chile.

Columbia went to town on Greece, dropping them to the bottom of the group with a final score of 3-0.

While the Ivory Coast managed to come back from a 1-0 first half against Japan to win the match 2-1.

Group D saw Costa Rica come back from being one goal down against Uruguay, to scoring three goals in the second half. Yes, Costa Rica beat Uruguay.

Next was perhaps my favorite match of the first round of the group stage, Italy vs. England. The Azzurri started off with a goal by Marchisio in the 35th minute, which was countered immediately with a goal by Sturridge in the 37th. In the second half, Super Mario (Balotelli) put an end to the tie, giving his squad three points. 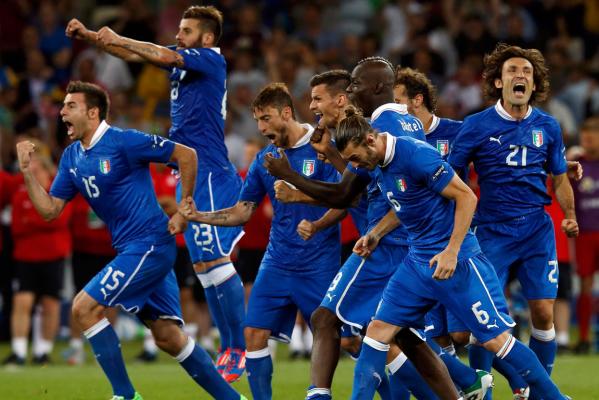 Another unusual result came during the Switzerland vs. Ecuador match. Switzerland managed to score at the absolute end of the game to clinch a 2-1 victory over Ecuador.

Arguably the most aggressive match of the first round was France vs. Honduras. Honduras came to play street football, where behind-the-back pushing, shoving and tripping (amongst other things) are all allowed. There was no shortage of yellow cards during the game, and after a red card expulsion for Ecuador, France was able dominate, ending the match 3-0, thanks to Benzema and an own goal. 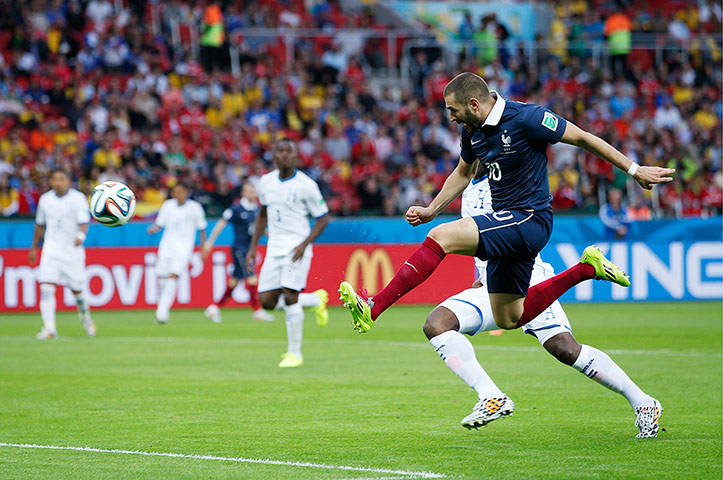 The Argentina vs. Bosnia & Herzegovina game ended pretty much as one would expect, with Messi and his crew earning themselves three points to put them at the top of their group.

Nigeria faced off against Iran, but neither squad seemed to want to play so it ended in a nil-nil tie, giving each team one point.

Group G, also known as the “Group of Death”, began with Germany utterly destroying Portugal. Though Ronaldo and Nani had several shots on goal, they all hit the cross bar or slipped right by the goal posts. Expert foul maker Pepe got sent off for… well … being himself. So, with a man down and absolutely no luck whatsoever, Portugal had no chance against the lean, mean German machine. Muller’s hat trick and Hummel’s goal sealed Portugal’s fate, the result was 4-0 at full time. 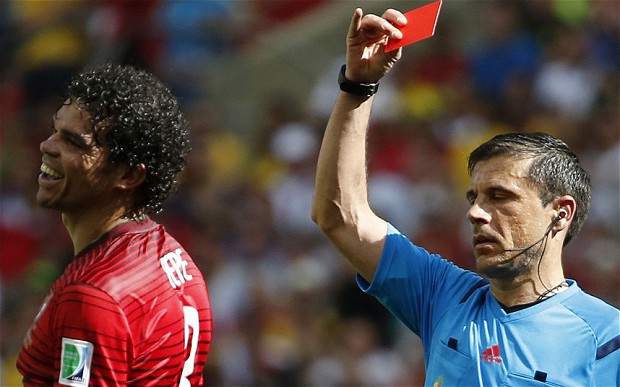 The USA managed to pull a win out of thin air at the end of their match against Ghana. Dempsey put the Americans ahead in the first minute of the game, and held the advantage until the 82nd minute, when Ayew of Ghana equalized. The USA came back quickly with a goal, ending the game 2-1. 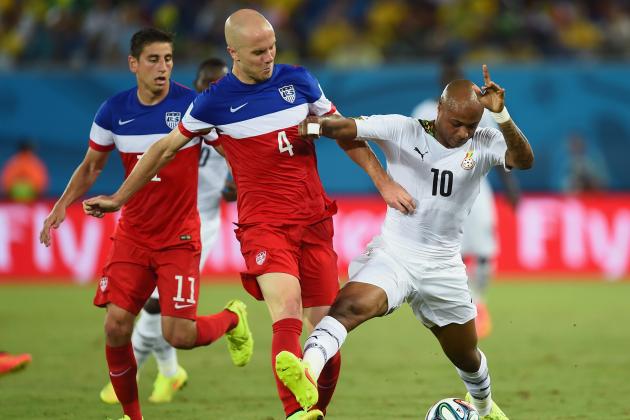 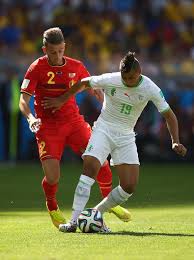 The final group match-ups were Algeria vs. Belgium and South Korea vs. Russia. True to form, the Algerians managed to weasel themselves into getting a penalty, which sent them into the lead in the first half. Belgium came back with two goals in the second half, which left Algeria at the bottom of the group.

And finally, the last game in the first round of the group stage was Russia vs. South Korea. The game was largely uneventful, South Korea scored early on in the second half, and Russia followed suit in the 71st minute, with a goal from substitute Kerzhakov. The 1-1 result gave both squads one point.

Stay tuned for updates during next round of the group stage!

WE SAID THIS: Don’t miss our round up of the quirkier surprises from the World Cup’s Round 1 here!