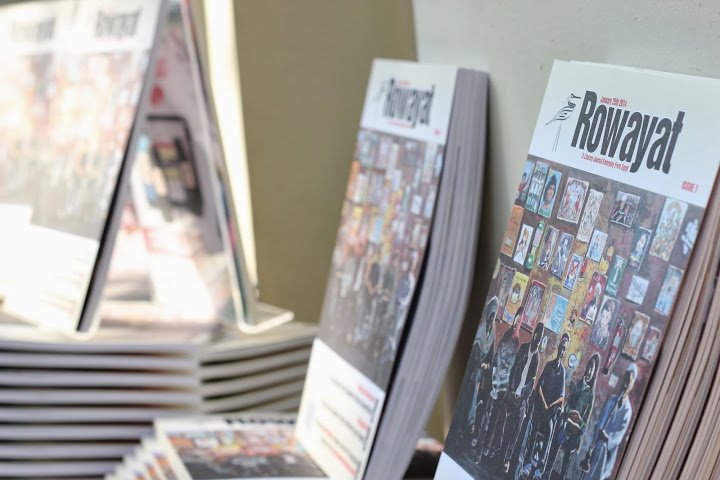 Kingdom poor of principles wealth; kingdom hit, but not to death; kingdom falls.
Kingdom falls, but after falls come springs.
– from “Kingdom Falls” by Sherif Khairy

It’s a well-known fact that Egypt is a harbinger of the region – where it slips, others plummet; when it hops, others soar. And while the hugely popular trends of micro-blogging and amateur photography provide a first-person glimpse into the country’s stratified streets, nothing captures the depth and diversity of the nation’s hopes and fears quite like the written word (tweets don’t count).

Enter Rowayat, a new literary journal of fiction to watch – and watch closely. Sherine ElBanhawy, its founder (and one of our writers), said, “I’d rather people attempt to understand Egypt through its writers than through the news headlines.” We chatted with ElBanhawy about her inspiration behind the journal, Egypt’s literary scene and what to expect from the Rowayat team.

Rowayat is a literary journal emerging from Egypt. Its vision is to create a space where high-quality literary work can be read and be accessible. A space for both emerging and established writers, who dream and write in English.

It will give a voice to Egyptian writers who express themselves creatively in English. If we had an association, it would be called the Egyptian English Fiction Writers Association and this would be its journal.

This literary journal is a way for writers of this generation to express themselves. Also to be included in this journal are Egyptian writers who are abroad and foreign writers who live in Egypt.

This journal is to feature only works of fiction. Future Egyptian writers can look back, read, understand and maybe get a glimpse of what it was like to write in Egypt today. Maybe also what it means to be Egyptian today. What it’s like to be creative today.

Any non-fiction will be either interviews with successful and renowned authors or about something related to fiction writing in Egypt.

What inspired you to start the journal?

1. I really wanted to highlight the amount and variety of writers who have always emerged from Egypt in the past, who are still present now and, through the student fiction competition, will be present in our future.

2. We have a Facebook writers group where us emerging writers exchange pieces and share stories and I read amazing work and think, “This should be published!”

3. For writers who want to be picked up by publishers and noticed abroad, this is a much needed stepping stone.

4. When I browse and linger in bookstores abroad, I always buy literary journals and wish we had something similar in Egypt.

5. Through all the upheaval that we have been through in the past three years, the only way to move forward and to stay sane is to have hope and pursue a dream.

6. The Outpost, a Lebanese magazine, made me feel so connected – not just to Egypt but to the whole Arab world – and made me feel that the possibilities are endless.

7. I’d rather people attempt to understand Egypt through its writers than through the news headlines.

What excites you about the literary scene?

That it’s dynamic, it’s growing, it’s rich and free. Imagination has no limits. On paper, there is no regard for social constraints – freedoms are absolute.

You released Rowayat on Jan. 25. What makes the journal revolutionary?

It’s a tribute to the revolution. It’s because of Jan. 25 that the journal has come into existence. I owe my renewed faith in Egypt and Egyptians to the revolution. Jan. 25 reminded me to never give up and that Egypt is full of inspirational people who lay down their life for their beliefs in a simple dream of bread, dignity, freedom and social justice.

You have a wealth of material to choose from, how do you pick what goes in the journal?

It’s so hard and we would love to publish everything that we receive because so much of it is good. We have an intensive filtering process and we go through all the submissions and create priorities since we are constrained by the number of pages in the journal.

Give us a taste of the first issue.

The first issue is very special because every member of the Rowayat team contributed with a piece of writing or two.

There is also a special tribute to Ahmed Fouad Negm, 2014 is the 50 year anniversary of Beer in the Snooker Club and Marcia Qualey’s review is not to be missed. And so much more, like AUC professor of writing, Gretchen McCullough, and the winner of the The Rowayat First Student Fiction Competition. 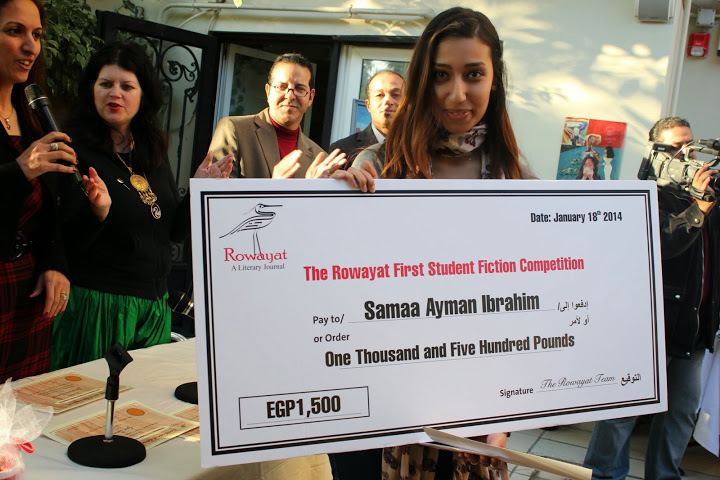 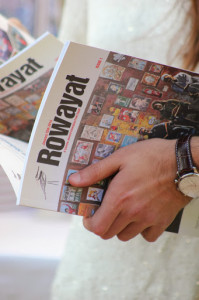 Where can we pick up a copy?

Currently at all Diwan Bookstores and soon in multiple venues across Egypt.

Give us the scoop on what to expect in the coming editions.

Issue two is coming out in June and we already have some amazing writers and submissions, including award winners.