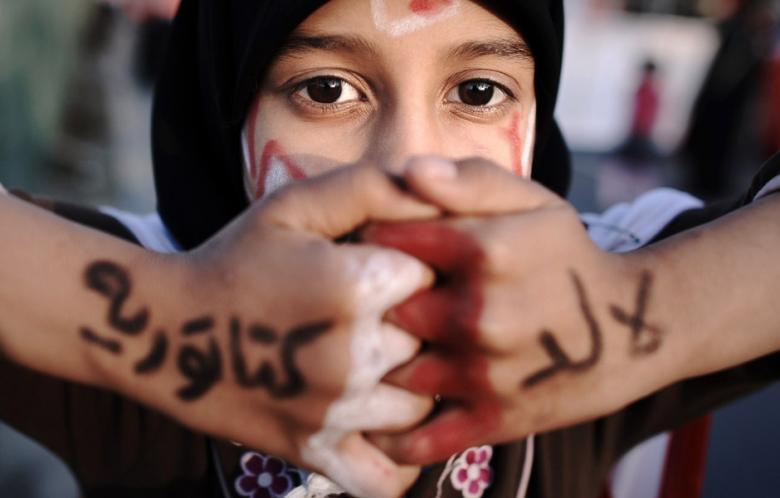 On Nov. 22, Bahrain held a first round of legislative and local elections. Similar to what has happened with the majority of events that have taken place in the country throughout the last few years, few in the media refer to both the vote itself and the circumstances surrounding it.

Bahrain sets itself as a privileged stage in the cold war between Iran and Saudi Arabia, and the support Gulf states have provided to the discredited monarchy just reminds us of how overlapping junctures are in this part of the world.

The Bahrain vote will be the first to be held since the 2011 uprising, already discussed in Discovering MENA. At first, the uprising did not call for the overthrow of the king, but to democratic reforms promised for years by the king himself.

Reconciliation talks between the royal family – Prince Salman bin Hamad bin Isa al-Khalifa continues to be hugely popular amongst his subjects – and the opposition were actually revived earlier this year before returning to a stalemate after accusations by the latter about the persecution of opposition members and the lack of real willingness to make concessions.

At the outset, the regime adopted a consensus stance looking forward that was considered brave by many, but the reality is that none of the reforms – or should I say “cosmetic reforms” – announced by the vaunted “national dialogue” have seen the light.

Some reforms referred specifically to the division of powers between government and parliament. Several deputies resigned from the latter in protest at the lack of real action and iron fist against signs of discontent.

One aspect that many activists do not tire of pointing out is that a new legislature, as a challenge to the claims of the protesters, will not involve the replacement of the Prime Minister and uncle of King Khalifa bin Salman al-Khalifa, who has served for nearly 43 years.

The country went through a remarkable period of opening in 2002, a year in which Bahrain became a constitutional monarchy with a parliament elected by the people (which had already existed once, after independence was declared) and an independent judiciary (nonetheless composed of judges nominated by the king).

The al-Khalifa family’s unequivocal aim was to quell rumors of an uprising – similar to the one that took place during the 90s – by giving its citizens a certain leeway, though not a real say in their country’s future. 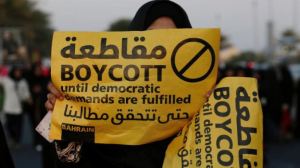 Despite the efforts invested or not in the “national dialogue”, the political crisis has not ended, and this is something that doesn’t really seem likely in the short term. The country is plunged in a spiral of social tensions, sectarian violence and continuing deterioration in the economic situation (the recent drop in oil prices do not help).

The failure of the national dialogue is precisely the main reason why several “moderate” elements within the regime have lost hope and abandoned their proposals for reforms that could be tremendously beneficial to the country.

Bahrain has traditionally had a dynamic civil society – one that, however, has been significantly eroded in recent years. As a matter of fact, the growing quelling of fundamental freedoms has intensified the negative effects of the unsatisfactory progress of the national dialogue.

An almost nonexistent freedom of expression has only muzzled voices for reform and has moreover given voice to those capable of causing more harm, those who aren’t scared of anything whatsoever. The opposition, which at first could only be described as peaceful, has thus been progressively radicalized.

In turn, the regime’s reaction has consisted in rapidly increasing the number of arrests – political activists face non-negligible prison sentences and those accused of violence face death sentences – as well as revoking the citizenship of every uncomfortable subject (while favouring the nationalization of Sunnis from neighboring countries), thus altering the demographic composition of the country itself.

In fact, and despite the many claims of the regime, the uprising was not of sectarian nature, and was sparked by Bahrainis of all faiths and backgrounds. It is thanks to the actions of the regime, which fired dozens of Shiite officials and even dared to demolish Shiite mosques, that it is now increasingly difficult to deny that sectarianism is gaining the upper hand in Bahrain. A self-fulfilling prophecy.

The current impasse reinforces the citizenship’s sense that the crisis can not be solved by themselves but through the intervention of other great powers from one side or the other of the allegiance spectrum, such as Saudi Arabia, Iran and even the United States and United Kingdom who, however, seem more concerned about their military and commercial interests and especially about not stoking more outbreaks of regional instability.

The jihadist threat merely revives this citizen’s sense of encirclement and sectarian terror. Bahrain is part of the international coalition against the Islamic State and is believed to be home to 300 nationals who are nowadays fighting alongside the organization in Syria and Iraq. 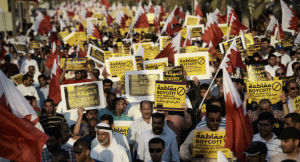 The main – not coincidentally Shia – movement in the opposition, the National Islamic Society al-Wefaq (that obtained 18 of the 40 seats in the 2010 elections), and three other groups have decided to boycott the elections.

Their main reason is that the parliament is merely symbolic and does not have enough power to influence the country’s politics, especially if one considers that the other pillar of the bicameral system is composed of members appointed by the government. The actual name of the parliament is the Advisory Council, which makes clear its inability to pass legislation.

Another weighty accusation suggests that electoral districts are designed to favor a Sunni minority (30% of the population) who support the royal family. The Government’s orders at the climax of the campaign, whereby the activities of al-Wefaq would be suspended and any demonstrations would be forbidden, may not be a coincidence.

Shiite individuals are, however, running, as in the case of prominent human-rights activist Abdullah Aldarazi, according to which the boycott will only further marginalize their community.

It should be mentioned that in spite of the boycott, 419 candidates – most of them individuals – are standing for election: 266 for Parliament and 153 for the Kingdom’s municipal councils.

The Government’s response to the boycott has not exactly been conciliatory, as it has threatened to impose unspecified punishments to those Bahrainis who don’t cast their vote.

As if this were not enough, the regime has decided to resort to the services of a clergyman from Saudi Arabia who has been busy telling Bahrainis that voting is a “religious and national” duty.

It does not appear that the regime is taking or will ever take seriously neither the opposition nor the international community’s frowns. A son of the monarch already made clear at the time that “Bahrain is an island, so either you are with us or you sink.”

WE SAID THIS: Don’t miss Discovering MENA – Turkey and IS: Calculated Ambivalence or Uncontrollable Fear?