Discovering MENA – Turkey and IS: Calculated Ambivalence or Uncontrollable Fear? 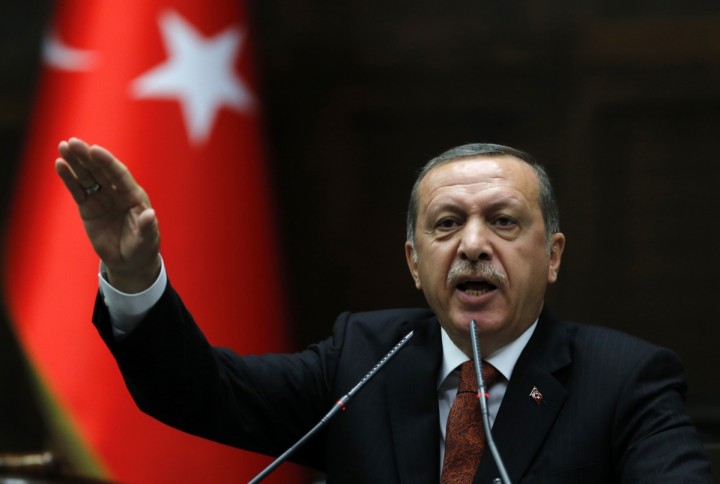 “This counter-terrorism campaign will be waged through a steady, relentless effort to take out ISIL wherever they exist, using our air power and our support for partner forces on the ground. This strategy […] is consistent with the approach I outlined earlier this year: to use force against anyone who threatens America’s core interests, but to mobilize partners wherever possible to address broader challenges to international order,” Barack Obama said during a 15-minute intervention broadcast live on major American television networks on September 10th.

As occurred in the case of Libya, Obama’s intention has always been that the country’s intervention in the war against the Islamic state (IS) taken place in the context of a fruitful cooperation between various countries south and north of the Mediterranean and beyond.

The Wales NATO Summit was marked by the announcement with great fanfare of the creation of a coalition of ten members against the Islamic State. This coalition included one partner which relates more, by vulnerability, proximity and historical reasons, to the cáncer that has already spread through a non-negligible portion of territory in Syria and Iraq and threatens to spill over countries in the region – such as Lebanon. We are speaking about Turkey.

The moment politicians of all stripes cheered the news, Turkey started acting reluctantly about being involved in a direct war against the terrorist group. When Secretary of State John Kerry traveled to Jeddah to broaden the coalition and win the approval and support of Arab countries, Turkey was the only participant in the summit that refused to sign the September 11th final communiqué.

Having been criticized left and right and possibly stifled by the tense atmosphere of the UN General Assembly annual session, Turkish President Recep Tayyip Erdogan surprised everyone by announcing on Tuesday 23 a deeper cooperation between his country and the coalition against terror. Cooperation could be “military (logistical or intelligence-wise) or political,” but so far no actions have been materialized in this regard.

The Turkish Parliament authorized last week the use of force and the deployment of troops in Syria and Iraq. The ban on using Turkish airspace, however, still stands. Erdogan went even further adding that the only way to defeat the jihadists is sending troops, something that current partners seem completely opposed to.

The immediate reason for this recalcitrant attitude was fear of retaliation by the Islamic State: when IS took over Mosoul, the group kidnapped 49 members of the Turkish consulate – that were finally released on September 20. Yeni Safak, a publication close to the AKP government, pointed to it as one of the several reasons that Turkey has against adopting a more active role in the American strategy against IS. A strategy the same article dubbed”cheating”.

You might think that now there are no Turkish citizens in captivity, Turkey has no longer an excuse to appear unenthusiastic. The country is, however, fully aware that it is in a catch 22 situation: if they join the coalition, the jihadists will again threaten its citizens – for instance the Turkish soldiers responsible for protecting an Ottoman tomb in the Syrian territory under IS’ control; if not, there is a non-negligible possibility of the situation getting worse in the immediate neighborhood.

The country also fears alienating its vast Sunni majority, and thus conveying a message whereby it is more willing to fight alongside Iraqi Shiites than with rebel Sunni Syrians that have been waging a war against Assad for more than three years ago. In this regard, 57% of the Turkish population is opposed to Obama’s foreign policy, according to the German Marshall Fund Transatlantic Trends Survey.

Let’s also recall that, according to a similar survey published back in January, the majority of the population prefers that Turkey remains neutral vis-à-vis the Syrian conflict. The truth is that weakening the Islamic State would do nothing but somehow strengthening Assad’s stance. The Turks are well aware of this, as Prime Minister Davutoglu said on September 20.

Ankara is also wary of the possibility that the appeal of the Islamic State may reach its own citizens. According to a recent article published by The New York Times, a significant share of the Turkish population – among which more than one million Syrian refugees may be found – is the perfect breeding ground for extremization and conversion to Jihadism.

According to some sources, the number of jihadists in Turkey amounts to 600. Not to forget that it is primarily through the 1,200 km porous border between Turkey and Syria that the Syrian opposition – both Jihadists and moderates – are provided with men, money and weapons. All of this is done with the tacit consent of an Islamist government unwilling to directly intervene in the Syrian conflict yet eager to do everything in its power to overthrow Assad.

Turkey’s reaction is not surprising when taking into account that it stands as the only country whose borders are open to refugees from Syria and Iraq – and, consequently, to jihadists from all around the world. In this ordeal Turkey has been refused help by the same Western partners that now demand their support. In fact, it was the latter that refused to create a specific fund for refugees Ankara proposed over a year ago. The West also held fast against the Turkish scheme to establish a no-fly zone that might have avoided – or at least delayed – the weakening of the Syrian rebels that has allowed the rise of the Islamic State.

Erdogan’s renewed stance may perchance have something to do with the numerous criticisms Turkey has been targeted with, such as the accusations of purchasing oil from the Islamic State. All indications suggest there have been no official purchases but a certain level of smuggling tolerated by the government, many local economies depending on it.

Turkey has also been blamed of supporting groups affiliated with Al-Qaeda – and even with the IS itself – in the fight against its archenemy Bashar Al-Assad. Turkey is indeed one of the countries that have been more active in the fight against the Syrian tyrant from the outset, for instance providing shelter for the Syrian opposition.

Last but not least, 100,000 Syrian-Kurdish – that have still not been allowed to return to their homes – refugees entered the country last weekend, . The importance for the Turks of what might well be called the “Kurdish dilemma” cannot be neglected, particularly if one takes into account that the PKK (Kurdistan Workers’ Party) – key element in the struggle for a Turkish Kurdistan being granted more autonomy – has joined the Peshmerga and the military wing of the Democratic Union Party (representing the Kurdish community in Syria) to create a Kurdish united front against the jihadist threat, perhaps the seed of what might eventually become a new state called Kurdistan.

The equation whereby “the enemy of my enemy is my friend” doesn’t turn true in the case of Turkey and the PKK, which – according to certain accounts – received some of the the weapons and funds the United States and Europe have supplied to the Peshmerga. Ankara – that has not coincidentally strengthened its relations with the semiautonomous Kurdish government of Erbil and its leader Masoud Barzani, one of PKK leader Abdullah Öcalan’s main enemies – has reservations about the PKK using these resources in the future to attack Turkish interests yet again.

All this in the context of peace negotiations that have been dragging for years. This argument has however a catch: may the rage of Turkish Kurds at the sight of his brothers being stranded by the Turkish government lead them to put an end to the peace talk? In fact, the PKK has threatened with terminating the truce as a result of both Turkey’s timid stance regarding peace negotiations and the war in Syria and Iraq, especially after the massacres of Kobani (a Kurdish Syrian town very close to the border with Turkey).

Despite the loath attitude of Turkey, symbolized by the refusal of the American Army’s using the Incirlik air base, the truth is that the country contributes greatly to Western efforts so as to stabilize the region by exchanging intelligence and strengthening passenger flow monitoring and border patrols. A secondary discreet role fully in line with the Turkish foreign policy that former Foreign Minister – incumbent Prime Minister – Ahmed Davutoglu began to put in place during his tenure. A foreign policy based on the principle of a strong Turkey – inspired by neo-Ottoman drives – able to shape events in the region as well as to ensure zero problems with its neighbors that has ended up with a country marginalized by its neighbors when it was intended to be a model for the rest of the international community.

WE SAID THIS: Don’t miss ” 12 Things You Need to Know about ISIS“