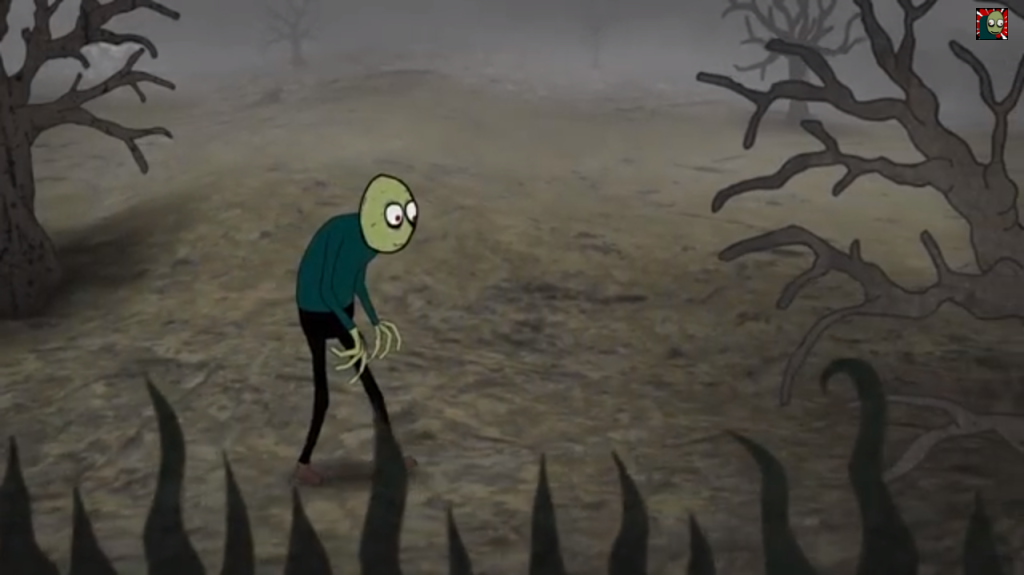 Because there’s a creepy side to everything and everyone. In no particular order, here are some of the weirdest videos we’ve stumbled upon on YouTube:

Yes, this is a thing. Before you go on asking if this is a Halloween costume gone wrong, let me explain. If you haven’t already been introduced to the yiff fetish, yiffs enjoy dressing and behaving like animals for their arousal, and this guy – Humanimal Alex – did it online. Ugh.

7. How to Make Iced Tea with Steve Sutton

We aren’t entirely sure if he’s really that creepy or just extremely bored. But judging by the caption at the end, he’s faking it. Either way, if you want to learn how to make iced tea – the creepy way – click play.

I don’t even… but actually I didn’t get the part where the name stamp came out of Yamada’s stump. If all bloodsuckers have one, why was the doctor so surprised?

Now, I don’t know what this is, but it seems like a jellyfish that had too much cotton candy had a baby with an octopus, then that baby grew up and ran away from home only to get lost and wind up on a random shore, then these jerks found it. And the rest is history.

Is it just me or do you actually feel really bad for Salad Fingers? He just seems so lonely to me. David Firth is the maker of this YouTube video, and his channel has many dark and creepy cartoons such as this. Surprisingly, he’s actually found some success on the channel and has a total of 118,909,951 channel views.

Made by thelittlefears, these “creepypasta” videos feature strange, dark imagery and a woman narrating some kind of story. Pretty sure it’s supposed to be artistic, but it just comes off as plain creepy to me.

2. Satan: The Adventures of Mark Twain

Some sort of attempt at recreating the works of famous American author Mark Twain has resulted in this bizarre clay sculpted video. I really hope this isn’t meant for children, and if so they’re about to get a dose of philosophy they may not be able to handle.

This video wouldn’t be nearly as creepy if it weren’t for the fact that this guy is actually a registered sex offender, who by making this video violated his parole and is now back behind bars. Yeah, not just someone’s grandpa who needs a hair comb and some new dentures.

WE SAID THIS: What are the weirdest things you’ve found on YouTube? Share them in the comments below.