We’ve witnessed quite a slew of shocking events this year, from devastating natural disasters to tide-turning political developments to – well… Miley. In the name of keeping it light, here’s our roundup of the most entertaining endehash moments of 2013. Enjoy!

Oh, Miley. Before “Wrecking Ball”, her social media feud with Sinead O’Conner and smoking weed onstage at the MTV EMAs, there was her brash MTV VMA performance, which caused a world record for the largest number of viewers simultaneously shaking their heads in shock/awe/disgust/confusion.

Let’s just not even talk about this one.

The highlight of Ramadan TV this year was definitely Haifa’s reaction to serial prankster “Ramez Ankh Amoun” when she found out that she was the guest star on his hidden camera show. After being trapped in a tomb and literally praying for her life, the Lebanese songstress did a 180 and unleashed some very un-ladylike insults – and kicks – in Ramez’s way.

We can’t compile a list of endehash moments without including this brilliant video. No matter how often we’ve seen it, there’s just something about a belly dancing orangutan that shocks us every time. 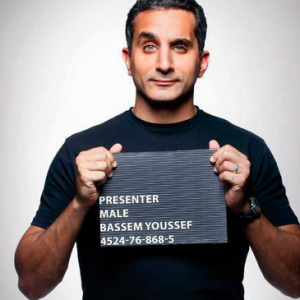 Yup, they actually did it. The slap on the show’s wrist after this season’s first episode wasn’t really a surprise and Bassem’s certainly no stranger to censorship, but that didn’t stop the flood of social media comments crying foul at 9:00:01 pm on Nov. 1 when the second episode was supposed to air, but didn’t.

For a while everyone thought she was Egyptian, but this year’s belly dancing sensation is actually from Armenia. Her five-minute appearance in the film El ‘Ashash (which puts Miley’s twerking abilities to shame) was enough to propel her into notoriety and she’s been popping up and popping out everywhere since.

We were going to put the original “Bound 2” music video of Kanye West featuring Kim Kardashian on this list, but we quickly replaced it with this James Franco and Seth Rogen parody when it came out. If you haven’t seen it yet, be warned: It’ll either make your day or make you gag (with laughter). 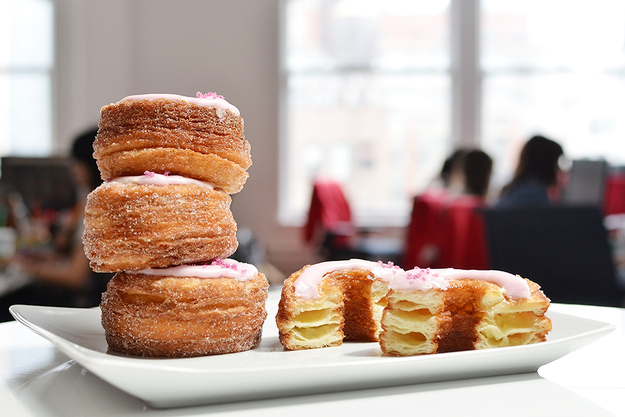 This culinary Frankenstein is the brainchild of New York-based, award-winning pastry chef Dominique Ansel. As soon as he revealed the donut-croissant hybrid, his bakery became the hottest spot in NYC, with hordes of hopeful cronut consumers lined up outside his bakery every morning before opening. The craze even hit Egypt, with cupcake connoisseurs NOLA introducing their own version for sale.

A blonde, blue-eyed, American girl who barely speaks a word of Arabic on the stage of the region’s most popular TV contest in front of a panel of seasoned judges and a skeptical audience, deftly plucking the strings of a Syrian-made oud and nailing a song by Egypt’s most lauded and loved singer – this girl’s got guts and talent.

As if the Sisi-themed chocolates and sweeping proliferation of other Sisi-branded paraphernalia wasn’t enough, this girl had to come along and splash her lady love for the General all over the interwebz.

WE SAID THIS: Happy New Year from the Empire!