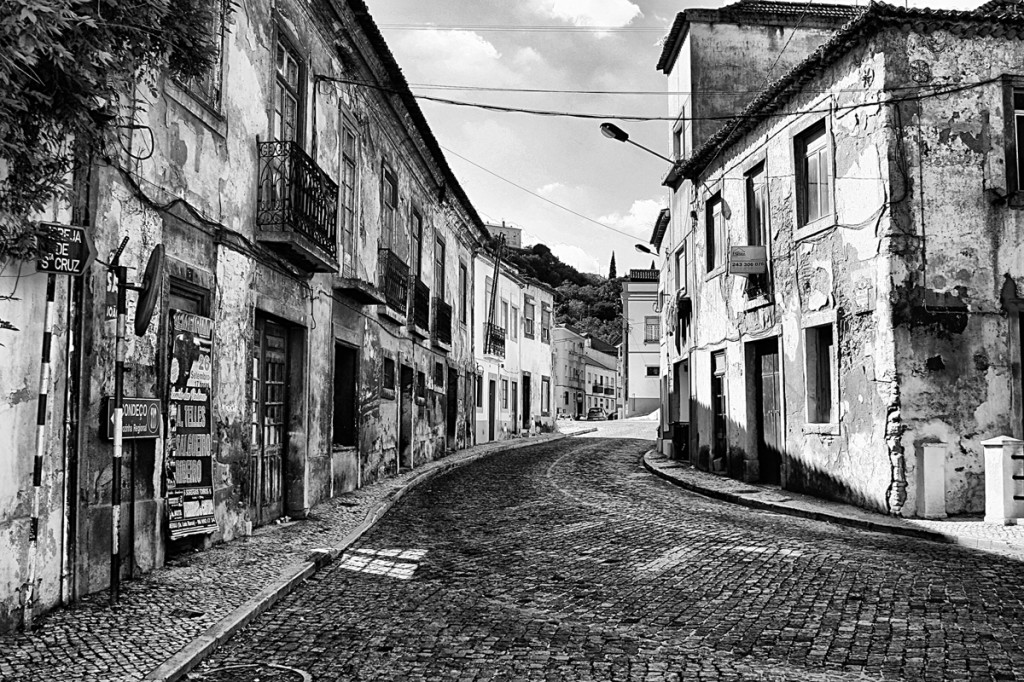 Egypt is like that abusive, cruel, insensitive boyfriend. That bad boyfriend that you have to leave. But then you realize that no other boyfriend is any better, no matter how handsome or smart… or non-Arab?

I left Egypt all angry and disgusted at my own people. At our mentality and thoughts. At the way we annihilate each other. At the discrimination, the racism, the breaking of street rules, the littering, the bad vibes, the negativity. I felt that leaving was my only way out to sanity, to a better education, a better quality of life and hopefully more acceptance.

And now where am I? Lost amidst the smoke – I am after all an Arab. An Egyptian, Syrian, Lebanese Arab, with ancestors in Italy, born and raised in Dubai.

I’ve been fighting off conservative boxes and labels of the world that surround us. And I joined an international program in Europe at that beautiful place called Portugal. After all, isn’t Southern Europe so warm? The people friendly?

My slightly disturbing experience with their airlines and airport seemed like just an irritation of the long trip and I let it slide. The first day passed by well and I have to say I was well received at first… for a day… maybe two? But then… Then I keep wondering what happened.

Usually when a foreigner visits your country, you try to show them the good parts. I mean yes, we Egyptians make fun of ourselves ALL the time. We live in horrifying times, yet seem to find humor amidst it all. But here, people’s negativity just hits you hard. Why? Look around you: the beauty, the landscape, the weather and, for the millionth time, the FOOD.

Here are a few rules I noticed after my first week of school:

First rule: No one will help you. Not friends. Not your boyfriend’s family. Not school colleagues. No one.

Second rule: You are there – in their country – to serve them. Nothing more. Try to ask for directions and suddenly you’re a dependent, irresponsible Arab woman.

Third rule: Money you lend is taken. You never get to see it again.

Fourth rule: Yes, people are not so clean. You thought Egyptians were messy? I need a maid. ASAP.

Fifth rule: Never criticize or express unhappiness. Even when it’s down to constructive criticism. You are there to be disrespected and insulted. If you object to that, then you are a foreigner that is rigid and cannot cope with cultural differences. Hell, your professor will lecture you all day about that.

Sixth rule: People are LATE. And late meaning you can show up on time for a meeting or an event, even on a formal basis, and someone will be sipping their coffee about to tell you to fuck off. Again, cope with culture.

Seventh rule: They tend to think of themselves as friendly. Well, we know a bit more about that “ya 7abayby”. As for “friendly” men, I think we all know the message. 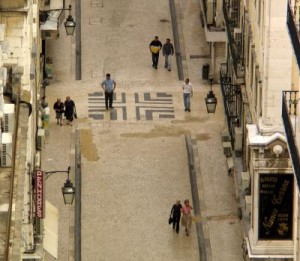 Eighth rule: Never, ever ask for a ride. It’s almost as if you asked for a favor to be flown over to a different continent. And yes, even if the guy happens to pass right under your house. If he is married, he cannot pick you up or his wife will slaughter him. (I knew we had something in common.)

Ninth rule: You thought Egyptians slacked at work? Lol, here, we take hours to read a single exercise sheet in English. Add that to tardiness and you work every night until 4:00 am.

Tenth rule: People are DEPRESSED. And by depressed, I mean they really make you feel like the world is ending and you want to just die. I thought I came with my baggage, but here it seems everyone enjoys throwing some more on top of that. Meh…

Eleventh rule: You thought Egyptians drove like mad? Running a red light, speeding, driving the wrong way or almost smashing a civilian is another thing we have in common with Portugal. (Emm apart from the pot holes and donkeys, that is.)

Twelfth rule: Life in Egypt is cheaper? I beg to differ! I can go to a decent restaurant and get a glass of wine, a home-made soup, a salad and a steak with an espresso for 12 Euros. I shop at the supermarket for high-quality local products that last me over a week for 23 Euros. Expensive? Wow that’s like an awesome, fairly-priced quality of life, guys!

That’s what I’ve learned for now. Communication is not a key point here. You have to scratch the surface and work really hard to reach out to people. I guess I just got off the plane on the wrong foot, as they say. (And I caught a nasty infection, so the world is a darker place right now.)

I must add, they are warm deep down there. Warm people in a beautiful country, but just like the rest of us in this world, they need to open up their eyes and smell the fresh air. And with their collections of wine and port, that doesn’t seem like a difficult milestone to reach, eh?

WE SAID THIS: Stay tuned for Jackie’s next dispatch from her journey around the world.