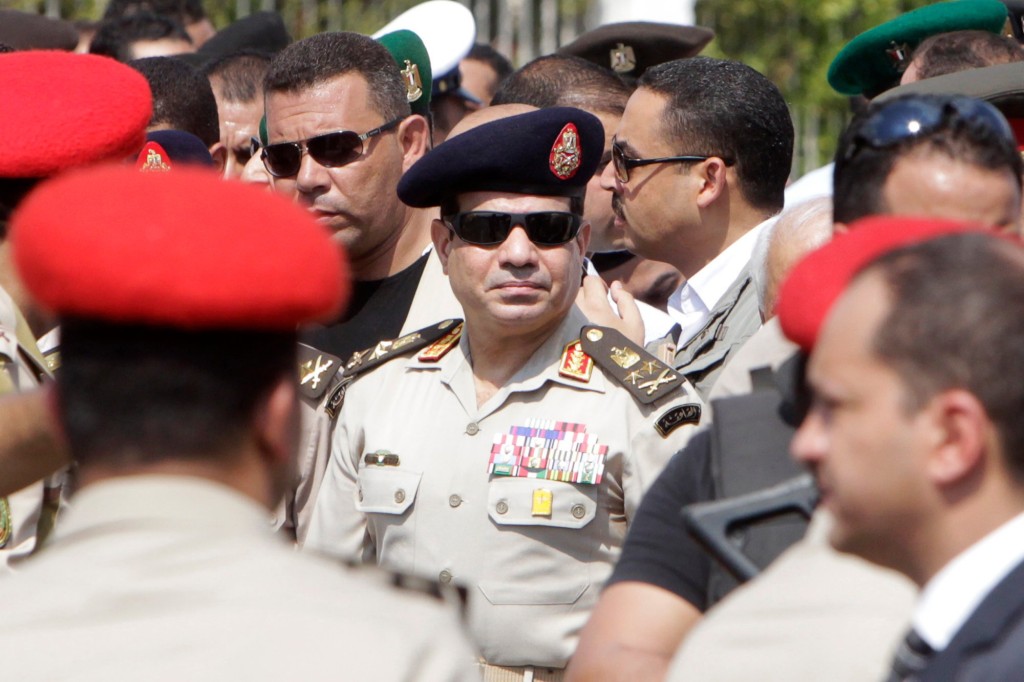 You’ve probably seen the hashtag about Field Marshal El Sisi and enjoyed it and rolled with it and used it quite a few times in your eye-watering jokes on Twitter and got two new followers (congratulations). My problem isn’t the hashtag itself or that it insults a person. My problem is with what it symbolizes.

It seems that Jan. 25 represented a turning point, not only politically, but even more so in terms of common decency. The notion that freedom means that you can say what you want about who you want whichever way you want is one that is very disturbing and one that has become rampant within Egyptian society.

Just because someone is in the spotlight does not mean that you can call him names in the spotlight. And this is the biggest misconception of all, that under the pretense of freedom of expression, it is acceptable to insult a person rather than criticize his/her ideas.

Another misconception would be, “they stole our revolution”. Here’s what’s wrong with that statement. First, nobody stole shit from you. On the contrary, you handed it to “them” on a silver platter. Blame SCAF, blame Felool, blame Marilyn Monroe, the fact still remains that your short sightedness, blind idealism and unwavering principles got you into the mess you’re in.

Now, I understand if you feel like you got shafted (because yes, you did get royally shafted) but the fact that you would stoop so low to this level of immaturity and blatant crassness tells me a few things about you.

One, that you live in complete, total and utter denial that you and your gung ho cronies shot yourselves in the foot.

Two, that you don’t have the mental capacity or moral fiber to self reflect and accept responsibility for your actions.

Three, that you’re just another sheep who finally found a flock to hear his infinite wisdom and would do anything to maintain your new found fame.

And fifth, I urge you to grow up, man up and buy yourself a set of balls, because this kind of behavior is expected from a three-year-old who just got spanked by his dad and is expressing his defiance in the most childish way possible.

You see, this situation we’re in is of your own doing. Believe it or not, it was you that got us here and all you needed were a few prods in the right direction and you went there like an idiot masquerading as a fearless warrior. You even went as far as to elect Morsi for president because you would have done anything to see the other guy beaten. You listened to no one. 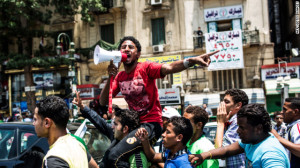 You got on your soapbox and ranted away about the foreseeable dream of bread, freedom and social justice without even having the faintest clue as to how they could be made into a reality. You threw rocks. You fought pointless battles that barely made a dent. And after all of that and the mess your delusions created, you’re now calling the man who got us out of that mess names.

Let’s face it. The fact that you lost your own personal crusade and decided to riddle us with your holier than thou, sanctimonious, do no wrong bullshit, does not mean that the rest of this country wants to go down in flames with you. If you have a problem with the government, I urge you to piss off and find a proper way to solve it. A way that does not include anarchism or crying about how SCAF gave it to you right up there where the sun don’t shine.

El Sisi as a person aside, whatever he did for this country – at great risk to his own personal well being – far outweighs your imagined sacrifices. If his plan had gone sideways, he would have been hanging from the gallows the very next day.

And please don’t feed me the revolutionary line of “June 30th was the making of the people by the people for the people”, because who the hell do you think founded and provided logistical backing to Tamarod to begin with? Did you really think it was a few youngsters that got this whole thing going? Well, if you do think so, then Thank God yet again you do not hold any sort of official position.

In case you forgot how it was during Morsi’s time, make the effort to try to remember. Like someone said the other day, “Iran at best or Afghanistan at worst”. And what did you do to undo your doing of electing Morsi? Nothing, is what you did. You were too righteous to admit you fucked us all over and you were too caught up in your self-constructed grandiosity, to have the resources or the popular backing to make even the smallest of moves to remove Morsi.

Being on Twitter and Facebook is not really as effective as you think. And just a heads up, in case you think Twitter and Facebook started this so called revolution, it didn’t. It just provided a more effective means of communication that facilitated a more coordinated street presence, which snowballed into something much bigger than you or your pals ever thought possible. 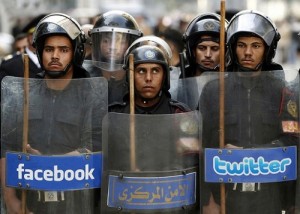 So, if you think spewing your negativity, apathy, frustrations on Twitter and Facebook will make any sort of difference, then by all means, keep doing it, but you’ll probably have better luck trying to empty out an ocean with an eye dropper. Good luck to you.

Mubarak and Co. had their faults. They had a lot of them in fact, and that’s what inspired Jan. 25. What’s laughable – or tear jerking, depending on how you see it – is that all the imagined accomplishments you believe you achieved were not yours to begin with. They were the result of others using you as a tool. And, for a tool, you did a pretty fine job, son.

Finally, have some goddamn respect, especially respect for those who have earned their right to be respected. Unlike you, El Sisi earned his respect by doing something you could only dream of doing. Wait, scratch that, you couldn’t even have dreamt that one up – it’s far too evolved from throwing a rock. What you have earned is my respect for courage. And even that respect dissipated when your courage turned to outright stupidity.

It’s easy to sit there and quarterback the game when you’re not in the field. It’s easy to pick out mistakes and find fault with everything. It’s even easier to find every piece of info you need to reinforce your own personal viewpoint. What’s difficult is to get up and really do something constructive.

Regardless of the man’s way of talking, body language, overflows of emotion, he’s shown that he’s a capable leader throughout his time. And please, don’t give me the other bullshit argument of he was there since Morsi appointed him and he didn’t move while people died.

That’s the difference between strategic thinking (him) and idiot thinking (you). Strategic thinkers look beyond their own feet and they accept that sometimes in order to make a check mate move, casualties are inevitable. As for you, all you can think of is making any move that will have little or no impact whatsoever without a single loss of life.

Point is, you don’t agree with El Sisi running for president? Well, since according to you “the street is ours”, you can take to the street with your friends, head to the nearest ballot box and cast your votes. Judging by the popularity you keep telling us you have and your ability to mobilize the people behind you at a moment’s notice, you shouldn’t have too much difficulty casting millions upon millions of votes for your candidate to win. Oh, wait. Sorry. You don’t even have a candidate to begin with, do you?

If you want to do something to make a difference, that would be great. Start doing some political work. Form a cohesive opposition front. Go grassroots, not social media. Play politics. You know, that thing you hold yourself to a much higher moral standard to get into.

Which would leave me with the nagging question: If you were too good and clean for the dirtiness of politics, how did you expect to make a real difference in the first place? By throwing rocks? Chanting? Singing songs around the campfire? Chilling in Tahrir?

Seriously, grow the hell up and enough child’s play!

WE SAID THIS: Don’t miss “An Open Letter to the Censorship Dude“.

[Ed. note: The views of this article do not necessarily reflect those of Scoop Empire. The author chose to remain anonymous.]