Just the Facts: On The Controversial Sisi Hashtag

General El Sisi announcing his intentions to run for presidency after stepping down from his post as Defense Minister isn’t much of a surprise, yet it’s still one of the most buzzed about topics on social media.

People expressed their Sisi support on Twitter using the hashtag #سأنتخب_السيسي (“I will elect Sisi”), but soon enough, as we all know that the Egyptian Twitterverse is a revolutionary one, our feeds became flooded with the provocative #‏ﺍﻧﺘﺨﺒﻮﺍ_ﺍﻟﻌﺮﺹ (“#elect_the_pimp”). Despite the very offensive word used in the hashtag, it gathered millions of tweets within hours, making it the top hashtag in Egypt and a worldwide trending topic.

Up to now, the hashtag has made over 100 million impressions [UPDATE: The Egyptian government has reportedly blocked this real-time website] and a campaign page on Facebook has garnered more than 40,000 likes. This is also probably the first time Egyptian revolutionaries and Muslim Brotherhood supporters are using the same hashtag to express their political views.

It’s not clear where the hashtag started, but I believe it was taken from graffiti on one of Cairo’s streets. 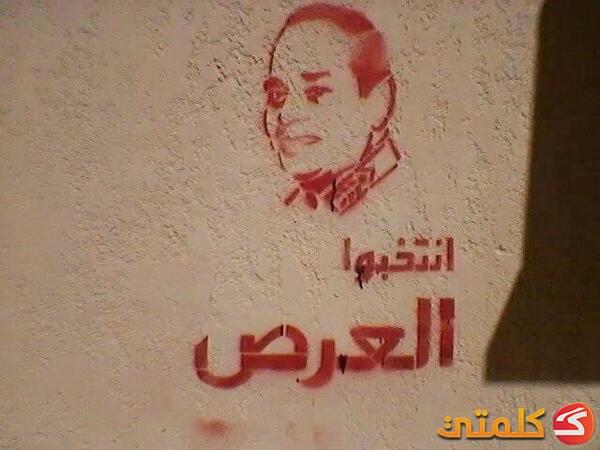 The term also infiltrated Wikipedia, where it appeared as Sisi’s nickname. The trending hashtag even got its own Wikipedia page.

Some television talk shows claimed that the US is behind the controversial hashtag, while others like Khairy Ramadan accused Muslim Brotherhood members of spawning it.

Most programs discussed the trending topic and how popular it has been without actually saying the hashtag words. LBC stood out of the crowd with their uncensored report – the reporter actually said “#‏ﺍﻧﺘﺨﺒﻮﺍ_ﺍﻟﻌﺮﺹ” on air. We give it to you, LBC, that was bold.

The hashtag is so popular that it has generated a multitude of sub hashtags. Notice the massive difference in activity between #‏ﺍﻧﺘﺨﺒﻮﺍ_ﺍﻟﻌﺮﺹ and #سأنتخب_السيسي in the photo below.

Most of the tweets are in Arabic, but the hashtag was rapidly translated into other languages, including English, Italian and French, seeing millions of users participating all over the world, with those in the Middle East dominating the activity. 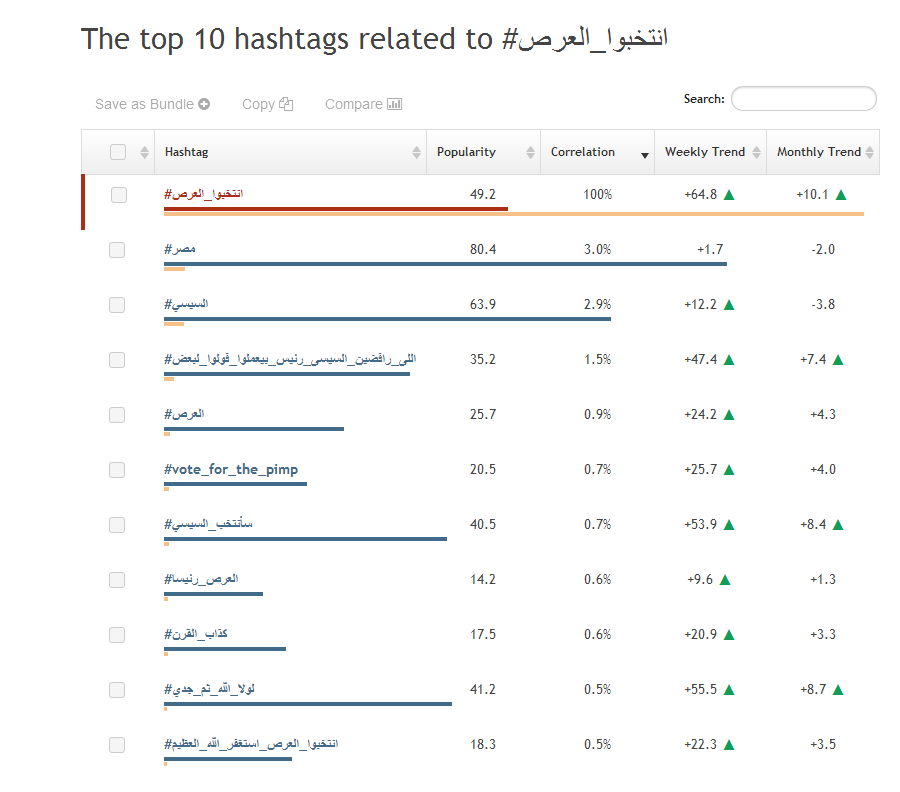 Across Cairo’s streets, those who participated in the latest demonstrations on Friday incorporated the hashtag words in their protest chants. Despite its very provocative language, most of the demonstrators were supporters of the conservative Muslim Brotherhood. 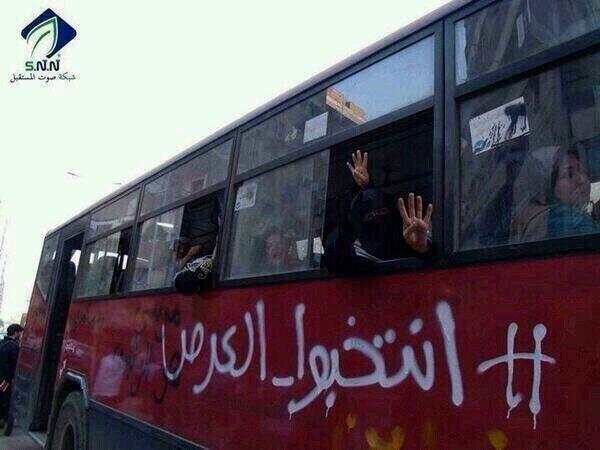 WE SAID THIS: On a light note, don’t miss “Sisi The Civilian“, an imagined photo series of the former military man in civilian clothes.