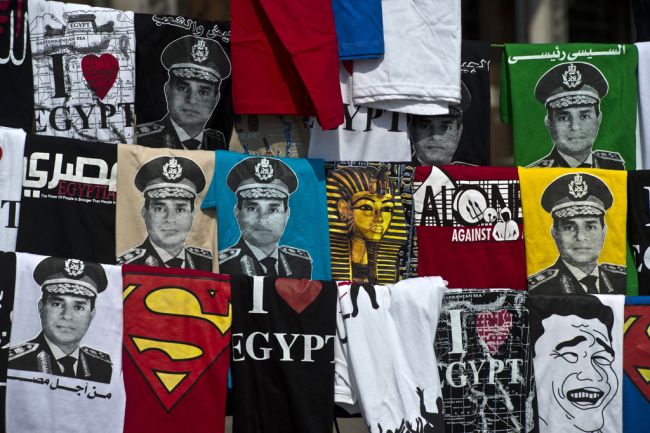 “Funny how people are calling El Sisi’s last speech hypocritical or that he’s making preemptive excuses. I don’t think he said anything out of the ordinary. What he said is the exact situation on the ground right now.

Yes, Egypt is in dire straits. We are a complete mess. No one man is – or will be – able to rid the country of 40 years of problems that have plagued it. What’s so wrong with saying that we as a people need to band together to make this work? Or where’s the error in his saying if we don’t all work together, there will be a third revolution?

Yes, there will be if the situation remains the same. A whole nation dependent on a single person to fix everything, while its people sit on their asses waiting for the man with the magic wand to come in and save the day. Can anyone in their right mind deny that we are a nation comprised mostly of slackers and procrastinators that want to exploit every loophole in the system?

The man is saying don’t make him a pharaoh or see him as a savior. Isn’t that what everybody was whining about in the first place, that he should not be made into a holier than though father figure to all Egyptians? Seriously, if anything, he’s saying what needs to be said and what needs to be done in words that are clearer than anyone has in the last three years.

Maybe he didn’t fully hit the spot with every single word, but then again, what has anyone else said that remotely makes sense? This speech being ridiculed by some was exemplary in its wording and in summing up the country’s situation at the moment.

Yet, if 90% of it was spot on and 10% of it was off the mark, those who choose to cling to that 10% and rant on about it over and over again are the people who persist in their pointless righteousness. I’m not saying the man is a saint or even hinting to it, but give credit where credit’s due.

Kofta and Hepatitis C detection aside, try to see the reality of the situation and not just cling to petty non-issues.”

Naturally, what I said seemed to incite some very defensive reactions. However, before getting into that, let’s just stop for a moment and think about this. El Sisi is actually the first – and only – person to call it like it is ever since Jan. 25. “Egypt is a mess and we need to stick together” were the basic messages in that speech. And was he mistaken? Doubt it. Everybody else I’ve heard talk about the situation has struck me as either a deluded optimist or an idiot, to put it mildly.

This speech and what was said in it has been so vigorously attacked by many as a preemptive excuse for his definitively impending failure as President. Well, this might come as a shock to many, but the man is not yet President.

And this might also come as a shock to many, but it seems more and more likely that if he had said it’s all roses and we’re doing great as a country and that the average citizen should just lay back and relax while he takes care of business and gets the country back up on its feet and the economy going, he would have been called a hypocrite by the same people who are now calling him a hypocrite for the exact opposite reasons. 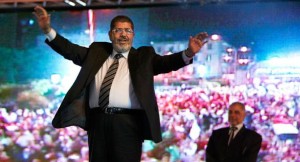 It’s a no win situation, it seems. But a telling one. Remember the Nahda Bird? Morsi’s grandiose project of lifting Egypt up from the ashes and all that crap. Well, did you ever stop to think why El Nahda Bird flew in the eyes of so many Egyptians? Because the basic message was: “My fellow Egyptians, sit back and relax while me and my buddies here make you the finest country in the world”.

And guess what? It worked really nice for them. Even some of Egypt’s sectarian political elite trumpeted the greatness of Morsi and his pals and stood on the same podium with them to show their support.

We as a people don’t want to hear the truth. It messes with our inner bum. However, we are really great at highlighting shortcomings, but we suck at giving solutions to these shortcomings. Here’s a bit of a shocking revelation: When all you do is highlight shortcomings and criticize without providing a solution, all you’re doing is making the situation worse; building up momentum to embark on a road even you don’t know how to walk.

Which, ironically enough, has been this country’s problem since Jan. 25. Thousands upon thousands chanting, “Bread, Freedom, Social Justice and Dignity” without having the first clue as to how to get there in the real world.

We learned it in university, that’s for sure. All these amazing theories. However, what school neglected to mention is that in the real world situations, theories are practically useless.

And as a response to that Facebook post, all I got were either detailed listings of the country’s problems or solutions that have no place in the real world. Solutions such as raise taxes on the rich, impose wealth fees, cancel subsidies on energy, raise capital requirements for foreign investors and a million other great solutions on paper.

The fact is, these types of solutions are not implementable in the real world like the stroke of a hammer. You can’t just wake up one day and say minimum wage, maximum wage, tax hikes, etc. and expect no retaliation. If it is to be implemented, then it has to be implemented over the span of years, while politics is put on hold, because contrary to popular belief, politics and economic reform – especially reform that includes strict measures – do not go hand in hand.

Perhaps one of the most striking observations here is how it is with great ease that people put forth all these brilliant solutions that have worked in countries like the U.S. or England. To simplify, Egypt and England are two very different stories.

When comparing the political and business climates to that of Egypt’s, please bear in mind that England has one – if not the – most efficient modes of government in the world. And for the longest time, it held the entire world’s financial reserves and ruled the vast majority of the world. The Great British Pound wasn’t called “Great” because it looks nice!

That said, making bláze comparisons between both countries and applying the reform programs implemented in England to Egypt is like upgrading a Fiat 128’s engine based on the engine blueprints of a Mercedes SL500 AMG. It doesn’t work. 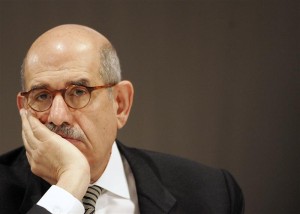 Let’s not fall into the Baradei-esque trap again. Utopia does not exist and will not exist except maybe in the not so near future, when there’s one human being left on the face of the planet. There is no such thing as clean politics and, in all likelihood, there will never be such a thing as clean politics. Dr. Baradei was a theoretical genius, but when push came to shove, he took his theoretical genius right back where it belongs: to the classrooms of Tufts University in Boston, Massachusetts.

Nothing will change unless we find the means and ways inside ourselves to change. There is no magic wand. There is no medicine man. There is no savior on a skateboard. Complaining and highlighting the issues is great, but if there are no solutions presented, then we will keep going round in an infinite loop of nothingness.

And yes, if the same old mentality of waiting for the man to clean up the mess prevails, there will be a third revolution, and a fourth and a fifth and on and on it’ll go. Instead of constantly complaining, get up and do something productive that has tangible results in the real world.

WE SAID THIS: Check out Ibrahim’s last article, “Why Egypt’s Activists Are Clueless“.