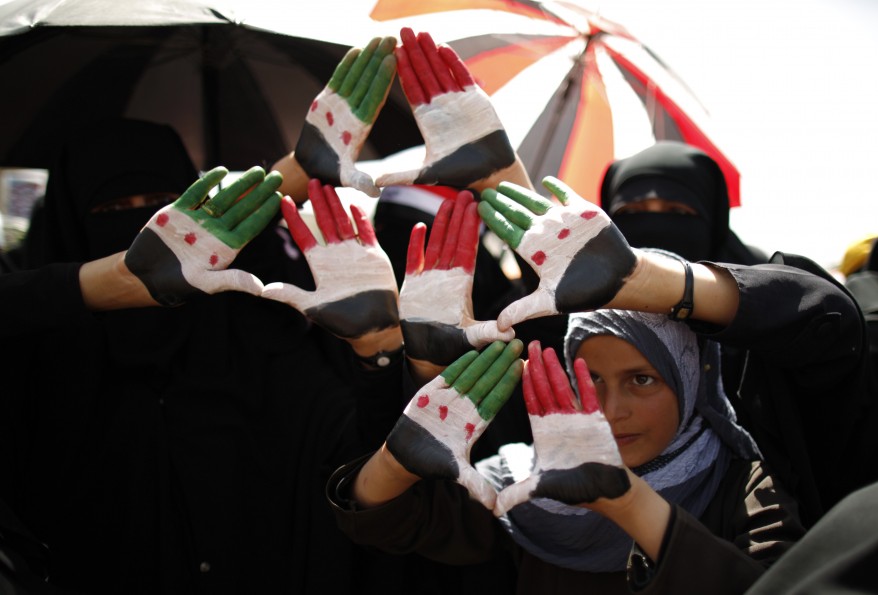 Women are not only half of a society, but its mainstay. They bear its children and they raise its generations. Together with Tunisia, Syria was one of the countries in which women were allowed a limited margin of freedom and benefited from a more advanced social status than their brethren throughout the Arab world.

The situation of Syrian women was, of course, far from what Western women are familiar with, as most of them were subject to the tyranny of a culture dominated by men. However, the civil war represented a turning point in this evolution. And, when violence broke out in Syria, women were the first victims, seeing themselves subject to the whims of extremists both on the rebel side and in the regime.

At the onset, Syrian women took to the streets and called for freedom and justice. They demanded an end to endemic corruption and showed their yearning for the construction of a civil state. Caroline Ayoub, a Syrian activist, points out that women played a central role at the onset of resistance because they could go through checkpoints, bring milk to families, go to besieged places and transport patients. They were an organized group.

Had they been the leaders of the revolution, Syrian women would have probably given birth to another revolution, a less violent, more ambitious and productive uprising. They probably would have spared Syria from all this carnage. The Syrian war has nevertheless exacted a huge toll on women: They haven’t and have never been the decision makers, but rather have been subject to the decisions of men. 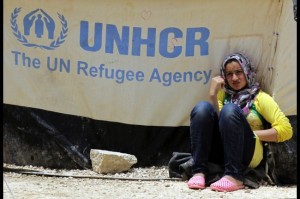 War has forced them to be merely the mothers, sisters or wives of the martyrs on both sides. Women have been displaced from their homes, their homelands and even their country – they have turned into refugees subject to all forms of humiliation and abuse.

In addition, Syrian women have become a target par excellence of jihad. Women are often subjected to arbitrary arrests, enforced by either government forces or militias, and most of them end up disappearing. Alarming statistics show that many of these women have suffered from various forms of torture in detention centers. The goal of this mistreatment? Putting pressure on their husbands, fathers or brothers. Attacking women directly involves ripping away the threads that have been woven for years by Syrian women.

Even though the Syrian revolution was at first a peaceful uprising against the Syrian regime’s brutality and totalitarianism, it quickly turned into what looked initially to be a low-scale conflict. And violence started breeding more violence. And the Free Syrian Army started breaking up, while well-trained jihadists from all over the region arrived in their thousands to fight against the Syrian regime and its allies – but also to impose their own rules in the pieces of land they conquered.

And these rules consisted of what? Of course, Sharia Law. Or, to put in another way, their own perceptions of Islam and Sharia. These jihadists, extremists and terrorists do not aim to turn Syria into a free democratic country, but aspire to extend its control over the largest area possible in order to rein in the social model and lifestyle of citizens, as well as the thresholds set by judges and the questions of scientific nature and moral integrity. They have also ordered the overhaul of of all educational institutions, leaving no room for future innovation.

Veiled women – believed to support these religious extremists – have also been the target of attacks, and when the Syrian uprisings began in 2011, pro-regime fighters began kidnapping women who wore the niqab.

Religious authorities from different schools of thought and factions have issued fatwas that have transformed women into military objectives, crushing their dignity as well as isolating them under the pretext of chastity. They have put themselves in charge of supposedly preserving dignity and safeguarding the community and nation.

They have issued fatwas whereby women are obliged to respond to the “call of jihad” by turning into de facto prostitutes as a way to strengthen the resistance of the mujahideen, while other fighters have benefited from fatwas whereby women were forced to either marry them or become their slaves. Parents rush to marry their daughter to the first volunteer, no matter their age or existing marital status.

The main argument is that men have become rare because they are themselves responding to calls for jihad, and women need men to attain legitimacy as human beings, regardless of their own feelings and the likelihood of a miserable future. 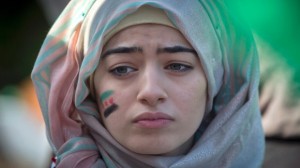 The testimonies in the media are outrageous, in the least: women used as human shields, pregnant women forced to sign a document stating that their husbands are terrorists in order to be released from detention (where they are often raped and many times end up having miscarriages). Indeed, a 2013 report by the International Rescue Committee affirmed that rape was cited by Syrian female refugees as the first reason to escape the conflict, even before murder or arbitrary arrest and torture.

The NGO, Women Under Siege, has studied many cases of women who committed suicide or were abandoned by their husbands after experiencing rape. The most well-documented report was published in November 2013 by the Euro-Mediterranean Human Rights Network, confirming the extent of the emergency and calling on the international community to raise the alarm.

The worst bit comes after, when their stories are met by silent rejection and isolation from their loved ones. Most of the victims therefore refuse to talk about the violence to which they have been exposed, particularly in cases of sexual offense, for fear of social stigma.

Even worse, families have often been reluctant to report abuses because of the widespread perception that women are raped, arrested and harassed in prison. Women in Syria are therefore ​​victims twice – when exposed to sexual abuse and when silenced by both the crime and the attached indelible social stain.

And women have even been sidelined from the political scene, their opinions unheard – if they were even allowed to have an opinion – even though they work to raise their voices in all forums available.

A case in point of their marginalisation is the Geneva II Conference, in which a group of Syrian women, presenting themselves as independent women from all affected Syrian governorates, delivered a paper conveying their stance on the peace process. These women spoke with a calm and dignified voice, made no reference to politics and did not have to point fingers. Nobody listened to them.

The bodies of Syrian women have turned into fields of torture and battle. And the silence of the world community on this tragedy is nothing but deafening. The world cares about chemical weapons and spillover, but for Syrian women, rape is worse than death.

WE SAID THIS: Don’t miss “The Betrayal of the Female Body in Egypt“.