The Betrayal of the Female Body in Egypt 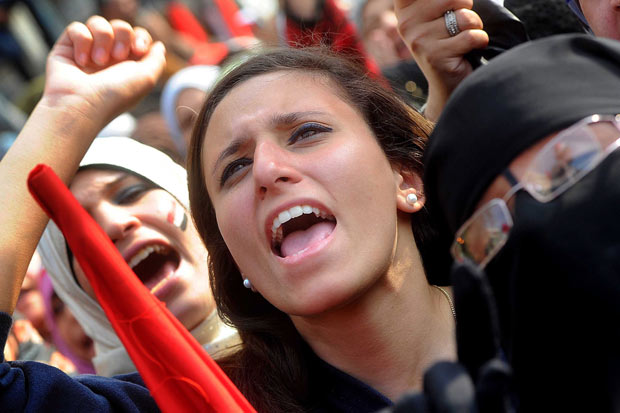 In conservative societies, it is assumed that women are inept in all relevant arenas of life – especially politics. For instance, in 1952, Egyptian Grand Mufti issued a fatwa stating that women were not entitled to vote in parliamentary elections because they are incompetent. Placed in the position of second-class citizens, Egyptian women have remained as such, even after the slow expansion of a limited number of rights of citizenship, including suffrage, a right granted for the first time to Egyptian women in 1956.

In modern Egypt, women can vote but their names are generally placed at the bottom of electoral lists, which means that they have almost no possibility of winning a seat among their male counterparts.

In Egypt, the oppression of women is perpetuated by a patriarchal society that actively tries to get women out of the community, stripping them of any social identity and reducing them to their sexual status. For generations, the female body has been the focus of debate, regulations and prohibitions – the perfect excuse that has allowed men to exercise control over and subjugate women. Men have realized that morphing and dominating women’s sexuality is a way to safeguard their fragile supremacy. 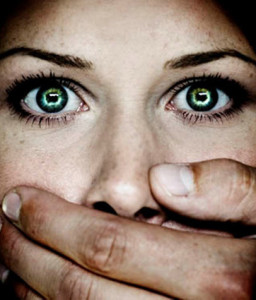 In Egypt’s society, the female body not only operates as the field of gender difference but also as a ground for political struggle and a legitimate point of discussion. Issues of female genital mutilation, family violence or sexual terrorism revolve around the female body and have promoted a twisted political discourse that insists on women’s obligation to control their behavior and regulate their attire in the public space.

Sadly, women in Egypt are unable to enjoy basic rights without fear of harassment, from walking in a street and riding a bicycle to sitting on a bench reading a book. They have been demeaned as (dirty, shameful) sex objects while men are still regarded as infants, incapable of restraining their sexual drives.

In the aftermath of the 2011 revolution, many were expecting an improvement regarding women’s rights, especially because these women were an essential element before, during and after the uprising. However, this issue was overshadowed by other causes concerning the male sector of the population as well, such as national self-determination of democratic governance.

We just need to look at some examples to realize that after the revolution no change has taken place regarding the status of women, and their bodies are still used as objectified communicators of a political message.

On March 9, 2011 members of the army subjected a number of women who were demonstrating in Tahrir to “virginity tests”. These women were beaten, abused, videotaped and exposed in front of soldiers and officers who were standing there clapping, laughing and joking. The military doctor that performed these forced “tests” was exonerated afterwards. The general reaction to this episode was to blame the survivors; what were these “immoral” women doing there?

In February 2013, Adel Afify, a Shura Council human rights committee member said that women taking part in protests are totally responsible for being sexually harassed. He went on to say that women should protect themselves before requesting the Interior Ministry to do so and described men and women sharing the tents in Tahrir as “prostitution”. 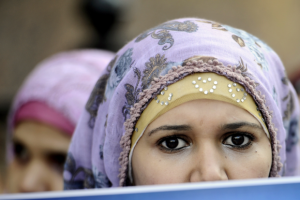 Clearly, for the status quo under pressure, it sounds better to attack the “weaker” link and break the chain rather than letting the chain asphyxiate them. They find a temporary solution to this by subjecting the female body to superficial generalizations about decency and morality to force their exclusion from politics.

Women’s sexuality, which should be a personal matter, becomes a public place of discussion, a register of political struggle. A site that can be transformed, controlled, dominated and, finally, suppressed.

All this violence against women is clearly aimed to limit women’s civil and political rights. Don’t they see it will not work?