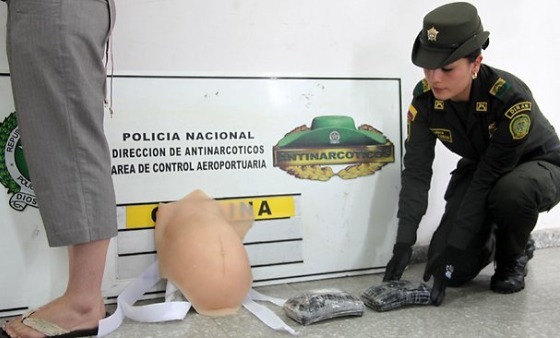 The things people do to transport drugs!

Looks like not every woman you see pregnant is actually pregnant these days.

28-year-old Tabitha Leah Ritchie was arrested for apparently trying to smuggle cocaine from Colombia. Local police said that they stopped her while she was trying to board a flight to Canada.

Ritchie, a Canadian woman who claimed to be a social worker, was arrested in Bogota after the inspector noticed that her belly looked and felt a bit weird, describing it as cold and hard.

The false belly was made of latex and taped to her body, filled with two kilograms of cocaine.

Looks like Ritchie has a rough time ahead of her, as Colombia is notorious for having one of the worst prison systems in the world, with more than 874 foreigners held in the country’s lockup.