‘SheFighter’ Empowers Women in Jordan to Stand up for Themselves

There are some laws in the Middle East that protect women’s rights, some are obscure, some have loopholes, and some are completely irrelevant when it comes down to justice being served; hence the importance of women being able to defend themselves. In the capital of Jordan, SheFighter, a self-defense studio catered to women that teaches both young and old, religious and non-religious women, how to be safe and handle escalation through self-defense. We caught up with SheFighter founder, Lina Khalifa who is empowering women in the country to handle their own and how she’s kicking ass (literally) doing it.

What made you decide to start the studio?

I decided to start SheFighter because I was not happy about the situation of women in Jordan and the Arab world and since I have a background in Martial Arts and Self-Defense I decided to start training women at the basement of my house to empower them to start taking decisions by themselves and become more independent.
Also, my friend got attacked when we were at the University by her brother and father and she didn’t know what to do about it. Then I decided to help women learn some techniques to defend themselves.

Was there a specific goal you were hoping to achieve with SheFighter?

Yes, my goal is to train and empower one million women globally. 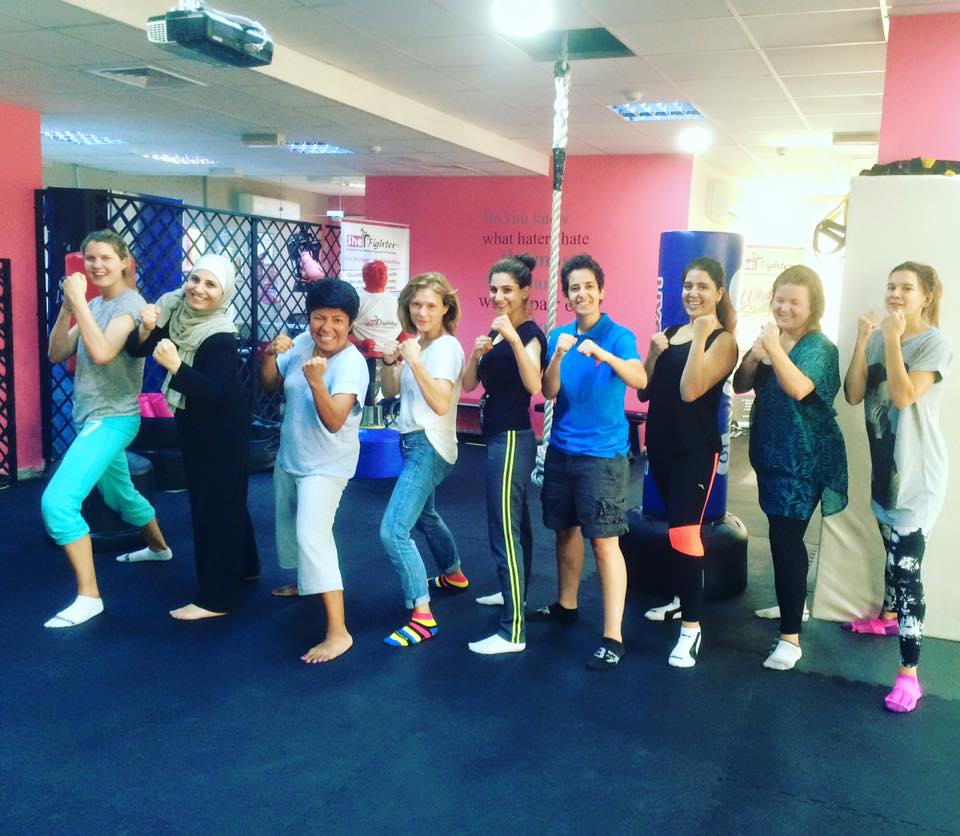 What do you think of the legislature that serves to protect women? Is it enough or should there be more?

Race Through The Nostalgic Gem Of Downtown With The Cairo Half…

There are not much laws protecting women. Women need to gather and support each other to change laws in society and they need to stop clapping and cheering for men and blaming women for everything.

If you were to give women in the Middle East a small piece of advice to protect themselves in a dangerous situation what would it be?

Jordan is home for you and you’ve been teaching women in he country to defend themselves for sometime, how have you seen the training change them?

They build their self-confidence up and become more independent and strong. I can say it changes their lives to the best. They learn how to become responsible and take decisions by themselves, and they become more confident walking in the streets and not being afraid from harassment and violence.

What are your aspirations for the future of SheFighter and women in the Middle East?

I hope women will start supporting each other, and not blaming each other on all the problems caused by men. I hope they unite together to change unfair laws in our country.

WE SAID THIS: Don’t miss out on 5 Ways Fitness Has Empowered Women In Egypt.