This Is Why I Left America for the Middle East 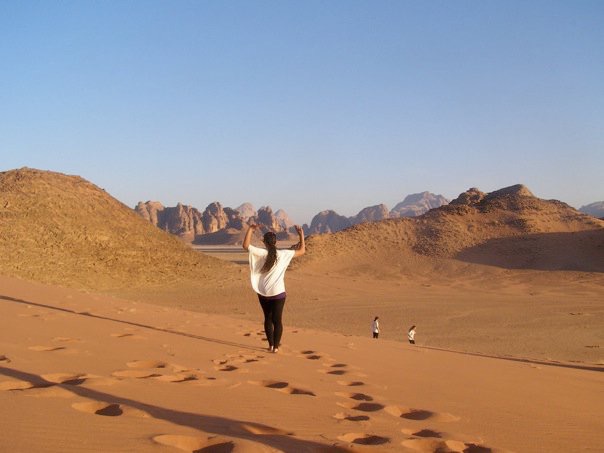 Seven months after making the big move, I went back to my hometown and was confronted with the constant: “Are you happy? Is it safe? Do you actually like it there? I still don’t get why you left America for the Middle East!”

Seven months ago, I left San Francisco and with it, I left my family friends and my comfy bubble for an unpredictable life in the Middle East. Even people living in the region were dumbfounded as to why I would give up a career at Silicon Valley — and by “career”, they really mean a salary to move to a place that doesn’t offer an eighth of the lavish luxury I was raised in.

The protests and confusion of my move didn’t come as a shock to me. What did shock me was how much I would find a home in the Middle East. As a Palestinian born and raised in America, I was always aware of the political irony that was my life.

Growing up, summers were spent traveling around the Middle East as my parents made it a point to make sure their children wouldn’t miss out on the language, culture and experiences of being an Arab in elbelad. While I was a kid, summers in Amman were a time where I reconnected with my Arab side. As I stepped into my teen years, it became a punishment and, as a young adult, I fell in love.

I loved the way I felt in the Middle East. It’s unlike being an Arab in the West. It’s like being home despite the fact that I wasn’t Jordanian, Syrian, Egyptian or Lebanese. I felt a sense of belonging I was lacking in America. It was during my college years that I knew I wanted to live in the Middle East at some point in my life.

When an amazing opportunity came my way *cough* Scoop Empire *cough*, I knew that this was my chance to fulfill that dream. Yes, I’m in the “honeymoon stage” of my time in the region. Perhaps one day it will end, or perhaps I will never find a reason to leave my ancestral land.

Living in the Middle East isn’t a piece of cake; it can be a serious piece of khara some days. But coming from a country that follows structure, some type of order and “freedom”, the U.S. is not all it’s cracked up to be. The American dream is a lie. The white picket fence doesn’t exist and the “happily ever after” is a load of crap. Just as it is anywhere in the world.

People struggle, governments are corrupt, people don’t have access to opportunities because of their name, skin color and religion. We live in a shitty world comprised of shitty countries, but at the end of the day, the shitty country I come from just has a really good makeup artist that allows outsiders to believe that it’s a pretty attainable fabulous life that falls from trees.

So why did I leave America for the Middle East? For Egypt, a country I’m not ethnically from? Why not? I’m fortunate enough to have a Silicon Valley job to return to if that’s what I choose to do, but it’s not what I want. The Middle East is not all that bad at all — it’s no worse than realities people face in the West. Only difference is the West knows how to spin political corruption better than the Arabs. For now, the Middle East is home and will be till it gives me a reason not to.