Skiing in the Region 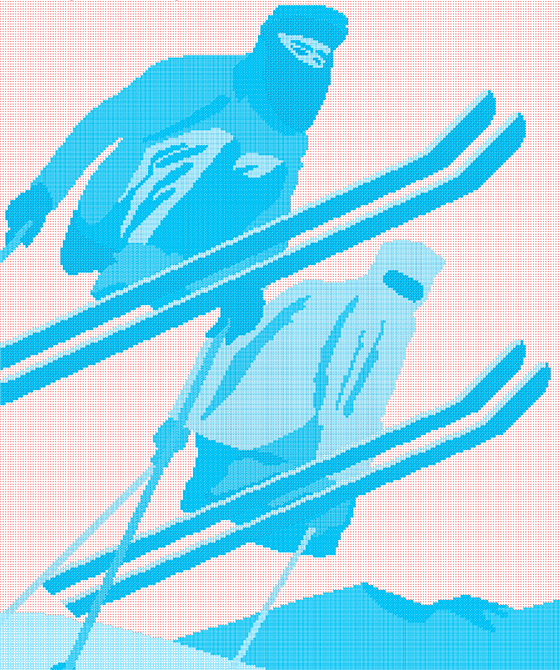 Known more for its sand dunes than its ski slopes, the Middle East nonetheless offers a playground of pristine snow for beginner and experienced skiers alike. So you best start packing your ski backpack because here’s our roundup of the offerings in the region and areas nearby, from the best resorts to the most challenging courses. 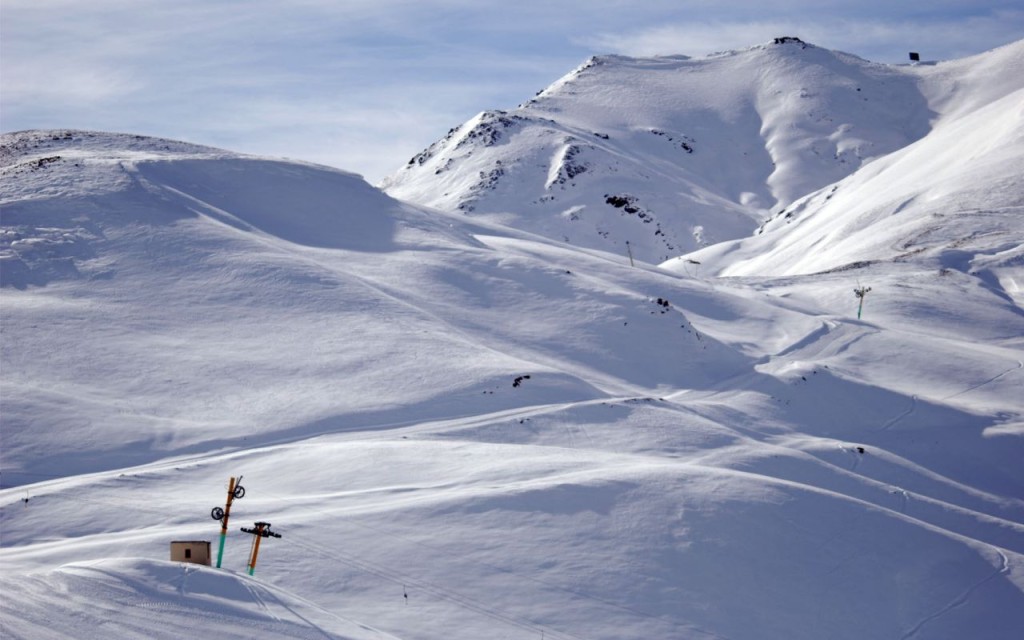 Iran’s Alborz mountain range is home to some of the most developed ski resorts in the Middle East. Dizin, the largest resort in Iran and highest elevated at 3,600 meters, remains one of the only ski complexes in the region that has been approved by the International Ski Federation for international competitions. It caters to all levels, while more advanced skiers can tackle the mogul runs at the nearby Shemshak ski resort, which is known for its steeper, more challenging slopes. 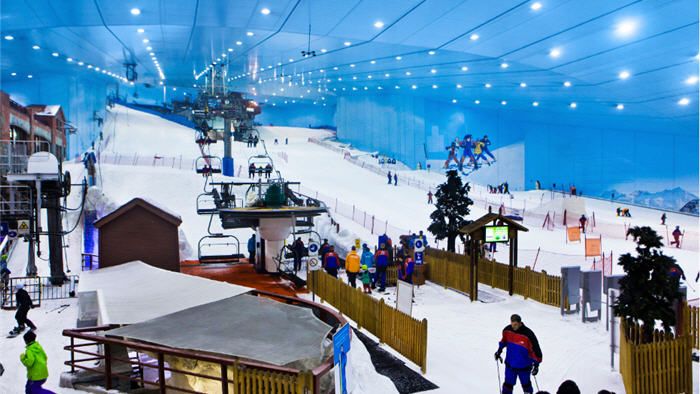 With falling snow, a colony of penguins, the world’s first indoor black run, lessons for the entire family and a range of steepness and difficulty, Ski Dubai has become the choice – okay, only destination for skiing in the Gulf. The draw here is definitely novelty. After this experience, you’ll be able to boast about playing with penguins and hitting the slopes in 40 degree weather. 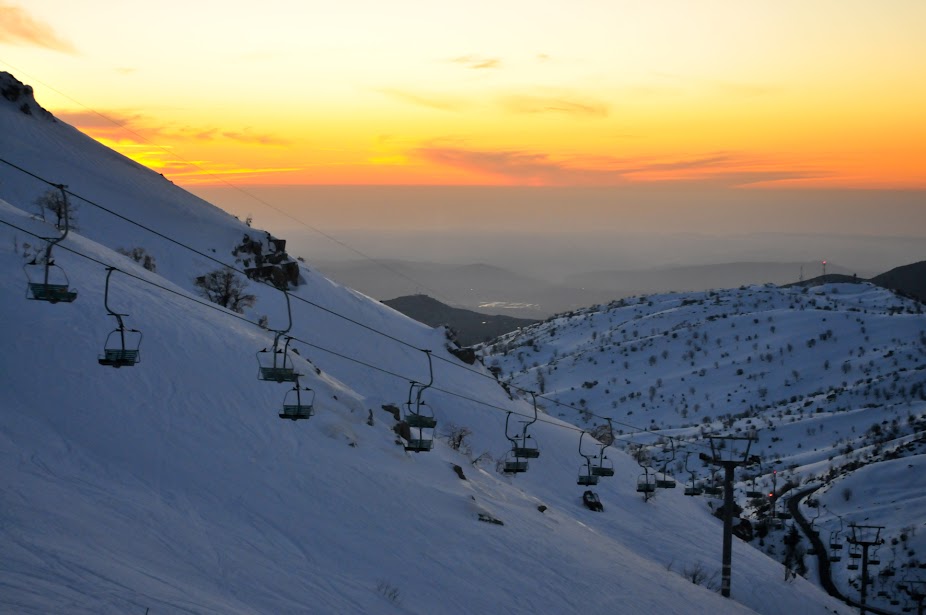 Located in the disputed Golan Heights territory near the Israeli-Syrian border, the Mount Hermon ski resort features elementary, intermediate and expert level trails. It’s an excellent choice for families as it offers fun children’s activities like sledding and Nordic skiing. Stop by during the peak winter months of January-March to enjoy the high, windy peaks and breathtaking views of Syria and Lebanon.

Take note: The resort lacks a host town and is run by residents of a nearby Israeli settlement. Its location overlooking Syria and Lebanon also makes it a strategic point for the Israeli Defense Forces (IDF). 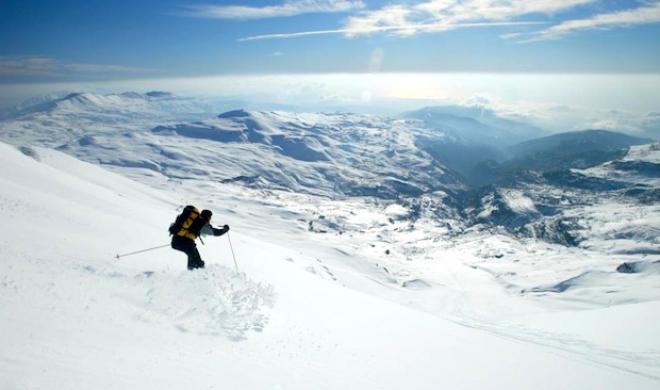 Ski the pristine slopes of the Mount Lebanon range in the morning and swim in the azure waters of the Mediterranean in the afternoon. With six prime resorts to choose from, covering a combined 30 km with 46 lifts, and a glittering apres-ski social scene, Lebanon remains the premier ski destination in the Middle East. Enjoy the spectacular views of Beirut and the sea, head to Cedars for cross-country skiing and be sure not to miss the monuments at Faqra. 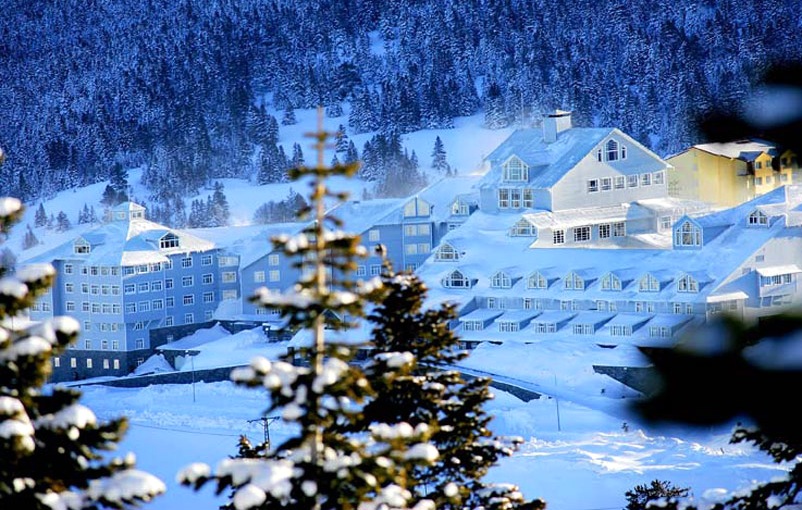 The most popular slopes with the best facilities in Turkey are found in Uludag, about one and a half hours away from Istanbul and nearby the Ottoman city of Bursa. Expect luxury resorts, lavish spas and visiting families from around the country and region. If you’re looking for more of a challenging experience, hit up Mt. Palandoken on the country’s east side, known for having superior snow conditions and the most difficult courses. 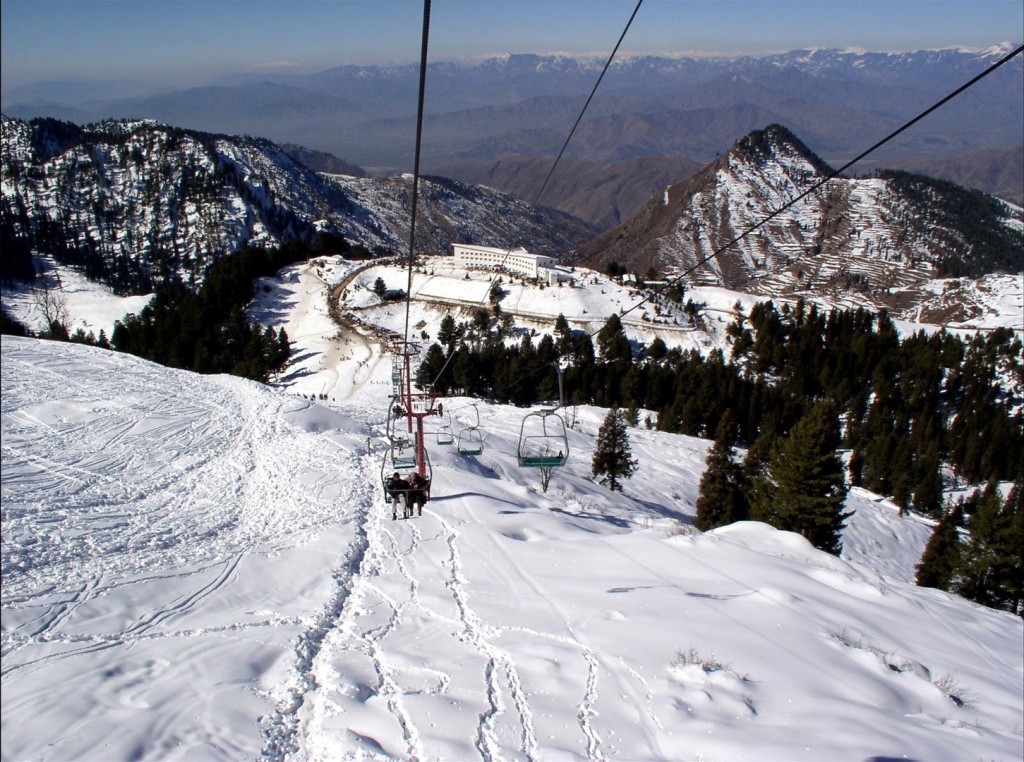 Pakistan is home to several mountain ranges, including the Himalayas. Known as the “Switzerland of Pakistan”, the hill station of Malam Jabba is located 300km from Islamabad and is part of the Karakoram mountain range. The draw here is history: With two Buddhist stupas and six monasteries nestled on the mountain, it is thought that Malam Jabba has been settled for over 2000 years. More recently, the resort was destroyed by militants, but the Pakistani government retook control of the area and it has since been rebuilt.

WE SAID THIS: For more travel inspiration, don’t miss 27 Photos to Remind You How Beautiful Libya Is.