Oh Paris, the city of love. With the best for last, the end of all four major fashion weeks took place in Paris. Since I’ve gotten a little bored of just mentioning the best shows or trends from each city [New York, London, Milan], I decided to shake things up a little. After all, it is Paris, the world’s fashion capital. This week, we’re going to recap PFW’s biggest stories. 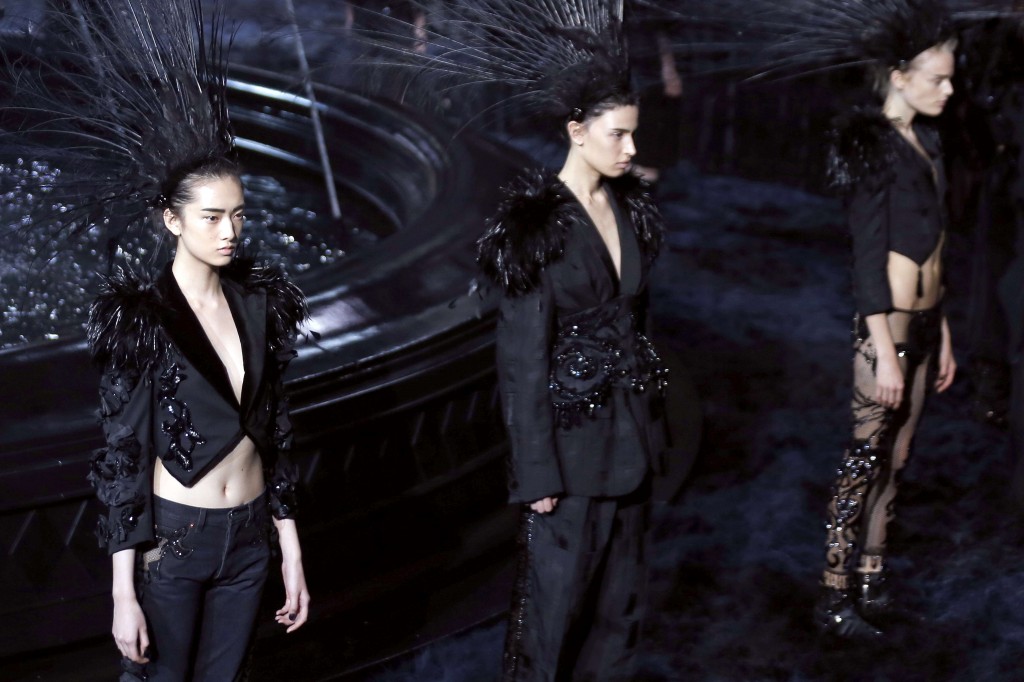 In 1997, Louis Vuitton had a very important event happen in the life of the brand: Then-new head designer Marc Jacobs started making the magic happen. This year, after an amazing show for Spring/Summer 2014, Marc announced that he will be graciously leaving LV to focus on his Marc Jacobs official brand. A good move for his business and I think for his age, being 50 and all – he had to focus on making his name international. However, it does feel like he will be missing LV so much. And I’m not assuming here, the collection told me.

Marc went all Black Swan on the runway. The models were styled in feathery head pieces and very pale makeup. The collection was daring, yet sort of sad. All in black, it looked like a funeral for Marc’s leaving. The bags were also black. Some had the signature LV look and some were just plain Marc. Even with feathers, studs and sparkles, there was a little sadness because, let’s face it, everybody who’s anybody knew that Marc was leaving before his announcement, which took place right after the show.

The fashion house hasn’t yet announced who will fill Marc’s big fabulous shoes. Let’s just hope whoever it is gives us something a bit more cheerful next year on the LV runway. Until then, for whoever can afford LV, enjoy some mourning over Marc’s departure next spring and summer. 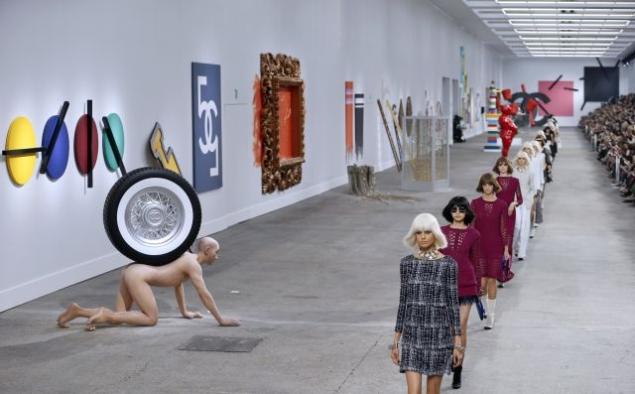 Being Parisian means you’ve seen all that a human being can see in the world of fashion, so Karl gave his audience more than just a collection. Karl Lagerfeld literally gave his audience a show to remember. Call him mad, bizarre or senseless; Karl is a creative artist who manages to always keep Chanel the talk of the city.

I am more of a minimalist when it comes to runway stages style. However, I was impressed with his creative, outside-of-the-box aesthetic. The gallery walls were all lined with art inspired by Chanel. There was a sculpture of a naked man on his hands and knees carrying a gigantic wheel on his back with the Chanel logo in the center, a full-scale robot of a Chanel No.5 bottle, a full-size rendering of the infamous Chanel logo made entirely of pearls, a huge metal bucket stuffed with classic Chanel golden chains and the vintage original little black dress was on display and made entirely out of metal. I am sure Coco would be very proud and is just smiling in the heavens.

And the collection was worthy of the runway stage Karl styled. He focused on the 50’s, featuring the vintage tweed that Chanel is known for, and added contemporary touches, like Cara walking the runway for him and a couple of slouchy leather pants. 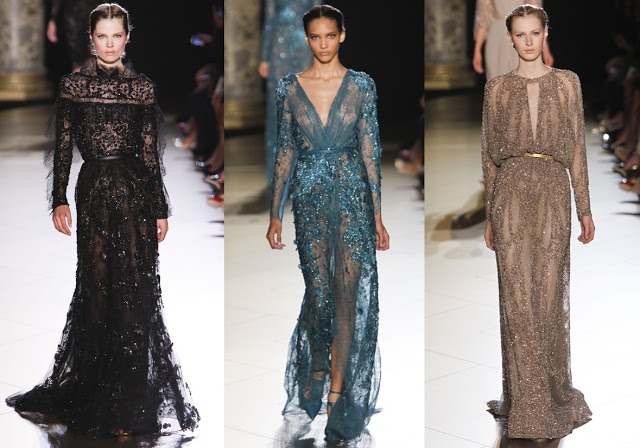 The word globalization has been taken to a whole new level in the fashion world, especially this Paris Fashion Week.  Your typical European designer brand is no longer monopolizing the industry. Luxury has expanded to Middle and Far East, with fresh fashion designer blood from Lebanon, India, Japan and China taking over the French capital for PFW.

Ellie Saab has already become an established name in Paris, worn by so many in Hollywood and having expanding to perfumes and accessories. Romantic Couture was key as usual in his collection. It’s an instant fall love style that is just a classic.

Manish Arora is one of India’s biggest names in luxury and the first Indian designer ever to showcase his brand at Paris Fashion Week. And he made a great impact this year on the runway. For next season, Manish presented a lovely mix between Indian heritage and modernism – the best of both worlds, with bright bold vintage colors and ethnic embellishments mixed with clean modern silhouettes.

Japanese designer Junya Watanabe has always made sure to tell his fans that he has no interest in mainstream trends. With his crazy but somehow wearable collection, he went from tribal work on skirts to biker leather jackets, and the 70’s fringes he used went along with the crazy head pieces he had his models wear.

A marketer by study and a beauty / style fanatic by nature. Struggling to gracefully survive Egypt. "that's chic"