Why I’m Not Apologizing For ISIS 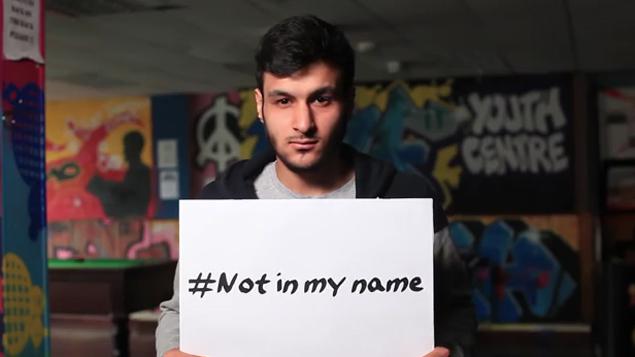 During the height of Israel’s most recent attack on Gaza in late Summer 2014, I came across a piece by Sam Harris titled “Why don’t I criticize Israel?”. If you know Harris, you know he is one of the most popular atheist activists (although he dislikes the label of “atheism”), you know about his continuous debate with Reza Aslan on religion in society, or you most probably saw him on the receiving end of Ben Affleck’s tantrum against Bill Maher’s bigotry.

I never agree with Harris, mainly because he applies his theories only to select groups – and in a deplorable and generalizing way when doing so – but something in this article struck me: Even though he considered Israel’s military action a “monstrous evil”, it seemed to me that he was wary of opening up a Pandora’s box by criticizing it – it would only give anti-Semites an excuse to use his argument to support their racism.

He has a point: Some people don’t like Palestinians, but they like Jews even less and will use any form of criticism as a lifeline.

What does this have to do with the Islamic State of Iraq and the Levant? Nothing.

But recently, a (non-Muslim) relative asked me about ISIS. It is not the first time I was asked as the only Muslim at the table. Questions often go like this: “What is the deal with ISIS? What are your thoughts on it? What do you support?” But his question was: “How come you criticize your government, but don’t do the same with ISIS?” 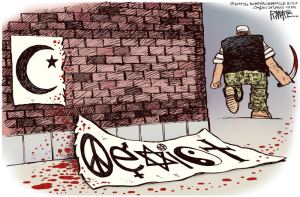 In short: There is no connection. Both these movements are just as extreme and have been around for longer, but they don’t get news coverage, so no one has heard of them.

ISIS is a frighteningly well-organized and funded group, thanks to their trade of hostages and looted antiquities with the West. It is also a radical group that uses the pretext of religion for political purposes. Since I have nothing to do with either of these things, I don’t see why I should be associated with it.

Unless we are having a discourse on global politics and you’re not relating ISIS to my own background, I don’t want you to ask me what I think of them. What do you think of them?

Do you really think Abu-Bakr al-Baghdadi has read the “Open Letter to Baghdadi” signed by more than one hundred and forty Muslims scholars and thought, “They might have a point here”? If he is likely to be more perceptive to Muslim opinions, how come almost all of his victims are Muslims? To him, we have nothing to do with Islam. To us, he shouldn’t either. 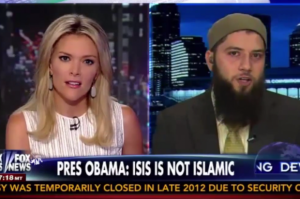 If you’re Muslim, you know the uneasy feeling whenever you hear the news of another terrorist attack. You know the voice in the back of your head that says, “Please don’t be Arab or Muslim.” You felt it when you heard of the shooting at Fort Hood and the Boston Marathon bombings.

In a perverse way, you were relieved when you heard that the man who carried out the Utoya massacre turned out not to be Muslim. That’s because you know you’ll be associated with it in some way or another, like me. Which should be just as ridiculous as associating Richard Gere (a Buddhist) with the Buddhist massacre of the Rohingya people in Burma. But it never is.

The slaughter of journalists is an abhorrent crime. But I have nothing to do with it. I’m even likely to meet that fate more quickly if I was in their shoes, because my government would not negotiate or pay ransom as generously as Germany or Spain.

The field day of news outlets against ISIS is skewed. Not only does it give them the publicity they are craving, it also gives Islamophobes a good platform to spew their hatred, just as criticism of Israel’s military actions will bring out the anti-Semites of the world to jump on the bandwagon. There is no connection between the two entities, but the argument remains the same.

Military whistleblower Chelsea Manning (formerly Bradley Manning), wrote from prison that the best strategy to fight ISIS is to contain and ignore them. Eventually, it will fold and “fall on its own sword”.

I don’t agree with the full extent of Manning’s argument, but on the other hand, I see Western demands that Muslims should denounce ISIS as just a way to further associate the two. As the saying goes, “If he is on the defendant bench, he must have done something wrong.”

I haven’t. And until you figure that out, I refuse to apologize for ISIS.

WE SAID THIS: Don’t miss This is ISIS’s Magazine ‘Dabiq’ and It’s Shockingly Legit.