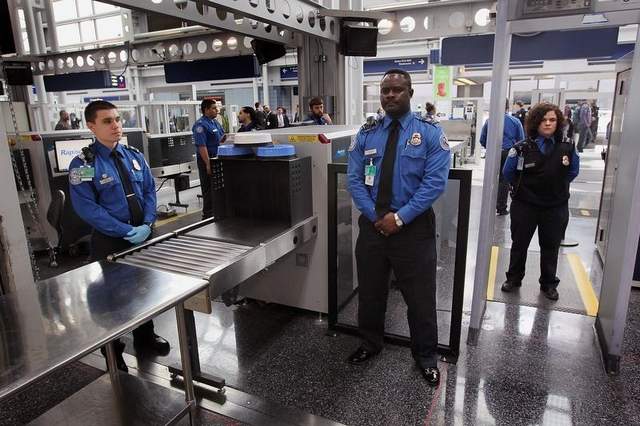 If you look to your right after the passport control at JFK airport’s arrival hall, you will find a door marked “Security Personnel Only”. Over the past four years in which I called New York City home, I started calling this room “the office.”

Entering “the office” makes you feel like you stepped from a U.S. airport into an Egyptian government office; fading grey walls, dim neon lights, plastic chairs and elevated counters, so that you look UP to the officers of the Department of Homeland Security (DHS) when being questioned.

I have become a regular at “the office”, and if DHS weren’t rotating they would have gotten to know me personally through the dozen or more times I was held there.

My name is Abu Bakr, and I am a “Four S” (or Secondary Security Screening Selection), as is everyone else waiting in here. We get screened, questioned and searched one or two times more than the average passenger, always taken to the side when standing in line to board or at the passport control when you arrive in the U.S.

The reason how you end up on this exclusive United States “handle with caution” fly list of around 10,000 people worldwide is never given, but if you are on “the list” you will find “SSSS” printed on your boarding pass.

I am part-Arab, Muslim, Middle Eastern, a very frequent traveler and a student in the U.S. My name also happens to be the same as that of the leaders of Boko Haram and ISIS. Even though none of the officers can answer what exactly got me on “the list”, I have an educated guess.

The fact that I’ve never been arrested in the United States, never attended mosques or been part of Muslim student groups, has not made me any less suspicious. But I go to film school, for goodness sake. What terrorist aspires to be a filmmaker, unless he intends to turn his suicide attack into a visually enthralling audience experience?

The questions are always the same, being read to you from a screen, and sometimes comparing your answers to the ones you gave the DHS officer before he allowed you to board the plane in Europe many hours ago (apparently, European airports are part of their jurisdiction, too).

Some are rational, some border on the absurd, but mostly they are inefficient, because no effort is ever made to verify my answers. And when they’re in a hurry (like during an impending snowstorm one winter), they don’t send you to the office, so personnel can get home in time. I guess I’m a threat to the country only when the weather allows it.

Here is one round of interviewing that occurred in 2013, which includes the routine questions.

I go through the pages of my passport and provide a bunch of old dates and numbers I can barely read, while the officer writes them down in pencil on a piece of paper that looks like it will land in the trash as soon as I’m gone.

UK Added To Green List – What Does This Mean For Passengers…

My heart skips a beat: I was in Nairobi the week before, during the attack on Westgate Mall which left 67 people dead. It was non-stop international news for days.

I was in Kenya on Safari, but the timing didn’t seem to prompt any curiosity at all.

There was more interest in deciphering my Egyptian stamps.

So, how do I get off the list? According to a DHS officer I asked: “Never. I’ve seen people write letters and make calls, they can’t get off the list.” They received those names straight “from Washington”, said another officer, and there is nothing they could do about it. To be absolutely fair, all DHS officers were always very courteous, which makes the process more bearable. They want this extra hassle as little as we do.

One day, a friend and U.S. citizen who frequently traveled to Afghanistan for a film project instructed me to write a petition to Homeland Security headquarters. A few weeks later, I receive a letter in the mail with a redress number, telling me my case is being looked into and will take 6-8 weeks. One year on, I still haven’t received an answer. 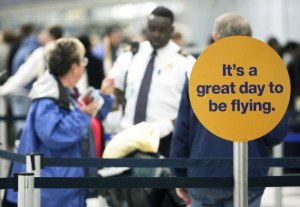 To be honest, I didn’t really expect one. Things have changed since I wrote the petition: The Boston bombings were carried out by (pending trial) two white curly-haired teenagers with bright eyes, who had a nationalist motive but happened to be Muslim; educated young men and women from first world countries are flocking in scores to Iraq and Syria to join ISIS.

These days, everyone who fits the description is suspected of being a terrorist in the making. Paradoxically, I would also be the first one to be beheaded if I fall into extremist hands.

The first few times, I didn’t mind the extra 1-2 (sometimes 3) hour wait. If it was to screen people randomly to make flying safer, I was all for it. And since the quickly downplayed “scandal” of the NYPD tapping Muslim students’ phones, I had gotten used to being monitored. Our breed has to give up some dignity to keep things going these days.

But then I started looking around me. The people waiting with me were all Middle Eastern or African men and women, sometimes with children, mostly with poor English skills. The few times when there was a white European or even American waiting in those plastic chairs was always an event.

They are the ones most vocal in their complains. They can afford to. The rest stays quiet; they don’t want more trouble, especially when they made it so far. “We only need to get past this final screening, and then we will be welcomed into the free world with open arms.”

One time early into my “Four S” tenure, I was guided into the office to find security personnel telling a handcuffed Nigerian man: “Your choice: We can deport you back to your home country, or you stay here and go to prison.”

WE SAID THIS: Don’t miss Whatever Happened to the UK Visa for Egyptians?