Whatever Happened to the UK Visa for Egyptians? 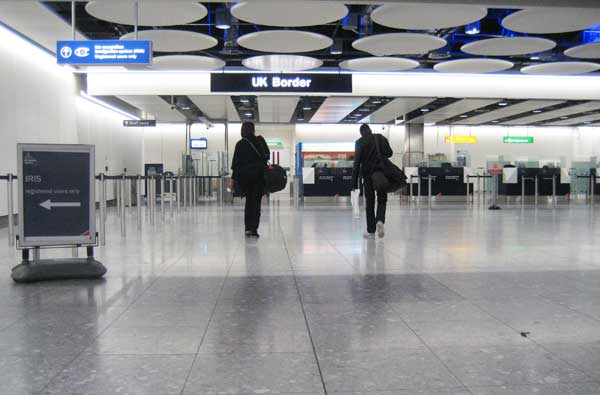 If you hold only an Egyptian passport and live in Egypt, then you are probably very familiar with the boring visa applications, the needless documents preparation, the queues at embassies or representative desks and the long anticipation of “when” and “if” you will be getting the visa at the end.

The game has rules. For example: When you are traveling to Europe, you know that you should be heading to the embassy of the country where you will be landing and if it is your first visa, don’t even dream of getting multiple entry even if you are asking for one. Exceptions apply of course.

As for the USA visa, it’s either very easy to get (despite the very boring application and long wait in the embassy), or it can take you weeks just to get a response. Those who have been granted the luxury of traveling a lot, either for business or tourism, know for a fact that the UK Visa is fairly easy compared to other countries… Unfortunately, not anymore!

Not very long ago, the UK visa process was as follows: You filled out the very long online application, booked and paid for your appointment and prepared the essential papers – HR letter, bank statement, passport copy and hotel booking confirmation. You might have had to add other papers depending on your travel reason. All you had to do was bring the papers stated at the end of the application to your interview.

Their appointment system was very accurate and your maximum wait and interview time was an hour. In the application, they told you that you should wait a maximum of 10 working days to get a response if you paid for a regular visa, and much less if you paid for a priority service. From experience, even in the case of the regular visa, if you brought all the requested papers, two to four working days later you would receive the SMS telling you to collect your passport. Yes, they were that efficient.

The UK visa now has become a major challenge for any applicant. The problem started since the visa service was moved to the UK embassy in the UAE. So now, you apply in Zamalek, your passport takes a small trip to Dubai or Abu Dhabi to return in two to three weeks. The thing here is not the delay, it is the fact that, contrary to before, most of the applicants get the passport back with a letter stating why they are not eligible for a UK visa. Below are some of the rejected cases. None of them were because of missing documents. 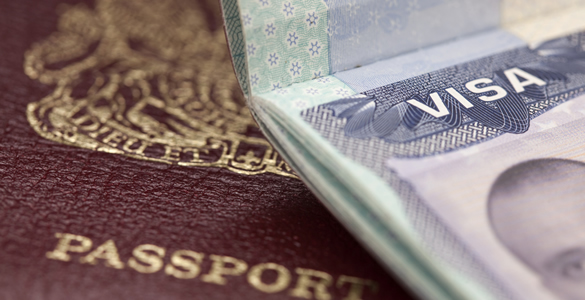 Case 1: A bank employee who applied for a six months visa to attend a course for some days in the UK. He received the rejection letter for him and his wife despite the fact that they both work, have steady salaries and had previous visas on their passports. The rejection reason was that since his wife is traveling with him, he has nothing in Egypt to go back to! As it was a business trip, he re-applied without his wife to get the visa.

Case 2: A couple who applied to travel together. As they knew the whole visa process, they had already paid their tickets in full and paid also for their accommodation in London. The husband works in a bank with a decent savings account and credit cards worth almost as much as his savings. The wife does not work. The rejection letter stated that they suspect they would not have enough funds to return from the UK and that they would prefer to remain there.

Case 3: A single traveler who works in a reputable bank. He travels twice a year at least and his last trip was to the US. This was his fourth visa to the UK, and thus his fourth visit. His rejection letter stated that they think he is not planning to come back from the UK.

Another common case: If a family of five is planning a trip, there is no guarantee that they will all get the visa. They exclude the mom, a brother, or a sister and give it to the dad and the other sibling!

What is really remarkable is that, according to someone working in the embassy in Egypt, the priority visa is still done here. So you have much higher chance of getting the visa in as short as two days. This is of course the most expensive option for the visa. It could be a good option if you are a solo traveler, but not so cost-effective for a couple or a family with kids.

The UK has always been one of the top destinations for Egyptians seeking a European vacation. The main reasons for that was the once-quick visa procedures, the high percentage of acceptance, and the fact that it is an English speaking country. Now that the visa service is no longer handled by the UK embassy in Egypt, it seems that most of the applications are misjudged.

If the visa decision makers in the UAE do not live in Egypt and maybe have never even visited it – that alone can cause certain pre-judgment based on political and economic factors that are spread through the news, excluding any social and human factors, which are far more important. This is an issue that should be addressed by the UK embassy in Egypt who are gradually loosing their edge, even among frequent UK visitors.

WE SAID THIS: Have you had your UK visa rejected? Tell us in the comments.