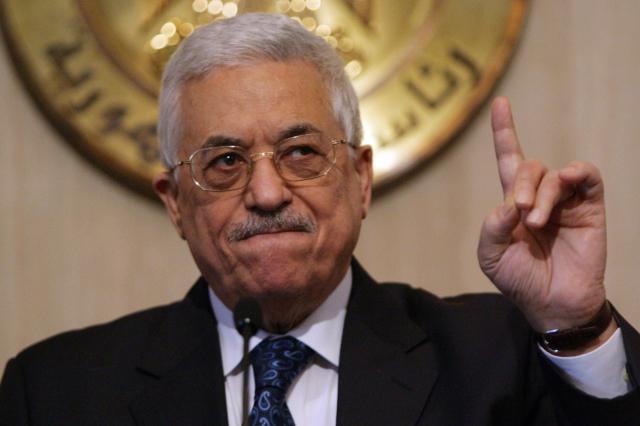 “You have to be careful when choosing your enemies because sooner or later you will end up resembling them,” Jorge Luis Borges said once. When your main enemy is your teammate who is deeply embedded with your very raison d’être, it’s no wonder how difficult it may be for you to move forward and fight any external threats.

This is exactly the case with the Palestinian cause, which does not seem to have enough experiences crashing time and again against the wall of Israeli intolerance and sees itself continually eroded by brotherly differences and struggles within the Palestinian elite itself.

The most significant example of this is the war – not coincidentally called “war between brothers” – between Hamas and Fatah that broke out when the former were proclaimed winners of the Jan. 2006 Gaza Strip elections.

Since then, there has been no shortage of occasions in which the two factions have been on the verge of reconciliation. But the number of times in which they have turned back to quarreling while avoiding recourse to arms is even higher. One might say they even rejoice in coming to loggerheads.

An event which, in theory, had brought peace and calm to residents of both Gaza and the West Bank after tensions were unleashed between Mahmoud Abbas’s men and the Islamist movement that rules the Gaza Strip: the ceasefire the latter signed with Israel after 50 days of shelling and more than 2,000 dead.

What was the main reason of the disagreement? Hamas’ response in the face of Israeli aggression.

While Abbas, President of the Palestinian Authority, blamed Hamas over and over for unnecessarily lengthening the war, the group – listed as a terrorist organization by both the United States and the European Union – defended itself tooth and nail in speech, mindful of their having achieved a key moral victory (and this in spite of the number of victims and the severity of the destruction) among its own people and within the international community.

Bickering has gone beyond mere rhetoric, and several members of Hamas were arrested on Aug. 30 while celebrating the end of the war in Ramallah and Tulkarm. It was not a coincidence those clashes were somehow related with the protests of 43,000 civil servants in Gaza, who were demonstrating against their not receiving wages that the Palestinian Authority has been promising for months.

Abbas has also accused Hamas of devising a shadow government in Gaza – in charge of reconstruction – after the war, thus ignoring the provision that required the group to disband the old echelon and maintain an interim government composed of undersecretaries.

The latter were in turn then supposed to be replaced by a “consensus government” with authority over both Gaza and the West Bank. All within the framework of a highly anticipated Reconciliation Agreement reached on Apr. 23. The Agreement sparked hope among Palestinians, aware that the lack of a unified stance has only hindered their struggle for recognition.

One tricky aspect might be that under this Agreement, Hamas will join the Palestine Liberation Organization (PLO), which once recognized the state of Israel’s right to exist. Hamas keeps opposing this move head-on.

Despite the praise on the lips of figures from both sides about courageous acts of resistance, it is no less true that quite a few have accused Hamas of boycotting the Agreement from the very outset. An Agreement they were forced to reluctantly negotiate, the group being faced with an alarming economic situation and growing dissatisfaction within its constituency.

In point of fact, the rulers in Gaza were confident – although their expectations were never met – that an agreement would convince Egypt to open the Rafah crossing. At the end of the day, however, the truth is that the terms of the agreement were far more beneficial for Fatah than for them.

The product of the text was a unity government composed of technocrats appointed by both groups, but with coincidentally no presence of Hamas figures. A government in which many believe that Abbas – in charge of all decisions relating to foreign policy and Palestinian security – keeps calling the shots.

Making matters worse, neither Abbas nor Prime Minister Hamdallah have visited the Strip since the signing. Nor does internal quibbling within each faction really help, as it prevents from accurately identifying who the appropriate interlocutors are so as to bring about essential negotiations for the implementation of the Agreement.

Some even believe that one of the reasons the war with Israel has been so beneficial to Hamas is because the group itself has significantly contributed to its outbreak and escalation in order to bolster their position in the Palestinian and international political scene, thus making it possible to force Fatah’s hand.

Once the ceasefire with Israel was reached, and probably looking forward to the peace negotiations to be held in Cairo in October, Hamas feels today stronger than ever. In the same way, most of its leaders are no longer willing to give way to Abbas and his allies.

The elections that will supposedly shape a new government – that is to be endowed with greater legitimacy – will theoretically take place before Oct. 23, but many suspect this won’t be the case. It would not be the first time a Palestinian government clings to power at all costs after the end of its legal mandate, something both Mahmoud Abbas and Ismail Haniyeh may plead guilty of.

Forecasts in this respect do not look so rosy for the latter, according to a survey by the Palestinian Center for Policy and Survey Research, whereby for the first time in eight years, Hanniyeh would receive a majority (61%) of the Palestinian votes if elections were held today (in June, the same survey indicated that Abbas could become President with an impressive 53%).

This data should be taken with a pinch of salt, though. In the event reconstruction efforts are not resumed soon and Israel keeps breaking the terms of the ceasefire concerning the fishing exclusion zone and incidental lifting of the blockade, everything suggests the honeymoon may last very little.

On the occasion of the last summit of the Arab League, Abbas took advantage of the spotlight to lash Hamas yet again. He ended his presentation by affirming that “If Hamas won’t accept a Palestinian state with one government, one law and one gun, then there won’t be any partnership between us.”

This position encounters a clear beneficiary: the Israeli extremists who forced Israel to abandon the negotiation table once the Reconciliation Agreement was signed. The same Israeli extremists are perfectly aware that doing business exclusively with Abbas shall help extend ad infinitum the strained status quo, while the blockade and settlements make the very existence of a Palestinian state virtually unachievable.

WE SAID THIS: Don’t miss What You Need to Know about the Gaza-Israel Conflict.