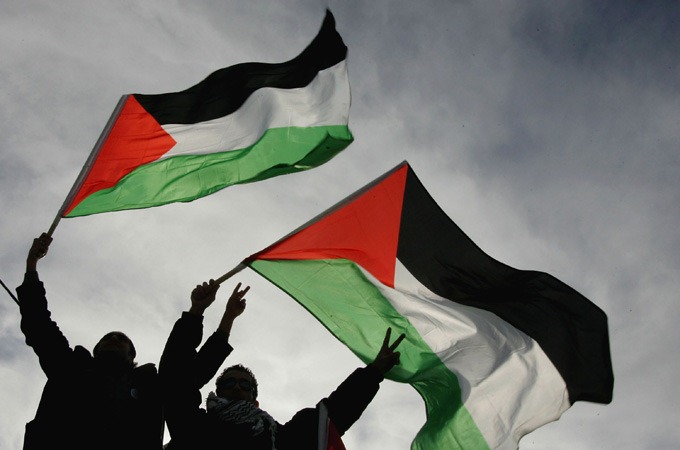 You know I believe Palestinian reconciliation is vital if Palestinian politicians really want to create momentum for the Palestinian cause. Every once in a while, if we are attentive enough to the Arab media, we may read news about a new deal between Fatah and Hamas brokered by Cairo, thanks to improved relations between Hamas and the Muslim Brotherhood (although many believe the bulk of the Peace Process and everything related to it still remains in the realms of the Egyptian General Intelligence Service/Mukhabarat).

The latest news broke out on 15 May, whereby Fatah and Hamas had set a three-month timetable to form a unity government and organize elections to choose the members of the Parliament in exile of the Palestinian People, the Palestinian National Council (PNC), a key step in order to grant all decisions regarding the Palestinian struggle legitimacy.

At its 19th session in Algiers in 1988, the PNC unilaterally declared the independence of the Arab State of Palestine. It was the PNC that, after the signing of the Oslo agreements, conveyed in Gaza in 1996 (it did so again in 1998) to void parts of the Palestinian National Covenant that denied Israel’s right to exist.

It was announced that all reconciliation issues were going to be finalized in three months, that is by August (after the incredibly productive Ramadan). Officials even mentioned the issue of the crucial national unity government was set to be solved soon. Mahmoud Abbas already mumbled something about the start of talks on forming a unity government in April, after the controversial resignation of former Prime Minister Salam Fayyad. Once the composition of the government is resolved, Palestinian Authority (PA) President Abbas is to issue a presidential decree announcing the holding of parliamentary and presidential elections in the West Bank and Gaza, under the rules of a new electoral law, both parties should have previously agreed on.

A key meeting to trust the process was scheduled to take place in Amman on 21 May. It was to be headed by the current PNC Chairman, Salim Zanoun. The problem is that both sides are incapable of reaching an agreement on issues they have been discussing for years. And neither seems ready to cede in the things they consider regarding their own “red lines”, mainly concerning their respective positions towards Israel and the Peace Process. But it is now beyond doubt that political interests and personal competition are also relevant ingredients of this extremely complicated formula.

What is clear is that, no matter what, the next government will be Mahmoud Abbas’ government, even if its members include ministers who belong to the Hamas-affiliated Change and Reform Bloc of the PLC, and that is something not everybody within Hamas is content with. In fact, Hamas made reconciliation efforts in the past even harder by never recognizing Fayyad’s authority as Palestinian premier.

The new Prime Minister appointed this week by Abbas, although many believe he should have instead implemented right away the reconciliation agreement, does not seem satisfactory enough for the Islamist group. The latter wanted a politician they could rely on, someone understanding of their often radical stances, someone familiar with resistance. Instead they got a new technocrat, an independent scholar educated in the UK and president of the most prestigious university in the West Bank (An Najah National University), Rami Hamdala.

Through a spokesman, Hamas was swift to branded Hamdala’s appointment “illegal”, as it was not reviewed by the PLC. Palestinian officials responded by insisting the move will not obstruct the internal reconciliation efforts. This government should only last for three months and its main aim will be to pave the way for true national reconciliation with Hamas.

Hamdallah has also pledged his commitment to Abbas’s agenda of returning to the negotiating table to the dismay of many in Hamas and even Fatah, who call for the necessity of a complete halt in settlement activity. Will this time be THE time? Only time will tell…