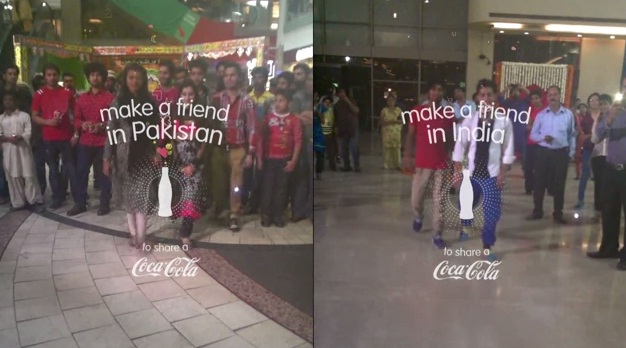 Humans tend to forget how the smallest acts and gestures can turn people’s worlds around. Once one country, India & Pakistan are separated by borders that divide a once united people, throughout the decades a rift has grown between the neighboring countries.

Coca-cola in it’s latest campaign made it one of it’s key initiatives to bring India & Pakistan together, but how was the trick! Cue the “Small World Machine;” a vending machine placed in a strategic location in both India & Pakistan that would let passer by’s interact with someone who is literally hundreds if not thousands of miles away. In what is something most people take for granted, the ability to interact with one another via video or imagery, a beautiful connection was made by the rival countries.