11 Real Interfaith Love Stories And How they Turned Out 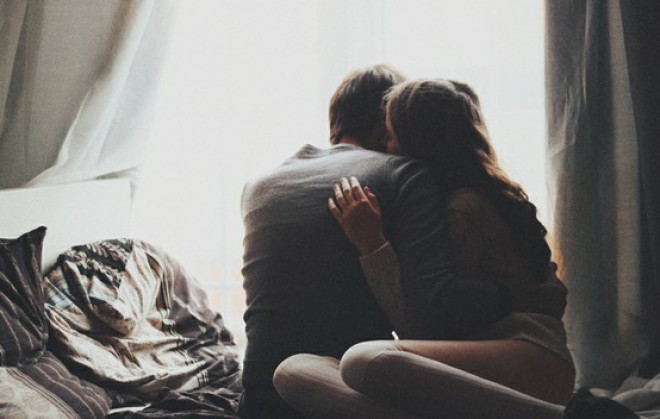 After a lot of love and some disagreement about “Being the Last Generation to Ask Our Fiances to Convert” , I received a lot of interesting feedback. Some folks believing it’s wrong to even bother with someone of a different faith, some claiming that religious texts have been misinterpreted, and others saying who gives a sh*t, it’s 2015! In response to my article, people shared their personal stories of  interfaith love. Here are a few real love stories of ‘star crossed lovers’ and how the tale played out.

“I’d like to think my marriage to a convert is different than the norm ;). I don’t believe that by converting, my husband changed who he was. He had the same morals and ethics as before, but now he fasts during Ramadan. Couples in these situations should really assess their values early on and if they are not on the same page from the beginning, the relationship has no hope regardless of their religious background. As for “shu al nas rah ye7ko”, that’s a concern that extends beyond marriage and is said to keep outmoded traditions alive. It’s my pet peeve!”

“Coming from a non-religious Middle Eastern family, I never looked at my peers as Muslims or Christians, I just saw them as people and I took this mentality with me when it came to dating. I was in a long term relationship with a Muslim man and I am a Christian woman. We both never brought up the issue of religion because we did not see it as an “issue”. I wanted to raise my kids on morals, rather than based on words from a holy book and he felt the same. Religion was never an issue until it came to his side of the family and more so their own opinions on how they want their grandkids to be raised.

If I had known these opinions would’ve eventually been taken into consideration by him, I wouldn’t have invested years of my life into the relationship to begin with. It does not matter whether your partner is of the same religion as you or not. I’ve learned it boils down to how you- as individuals- view religion separately. If you both are Muslim, but only one of you practices the religion strongly, you will encounter the same problems as if your partner was of a different religion.

My experience taught me that differences in faith does not matter, it is more so about the differences and similarities on each persons value of religion, no matter what religion it may be.”

“Everything about our situation is very unusual and we know it. I’m honestly still surprised we even met. However, our relationship is more important than our religions, so we know we’ll do whatever we can to make it work. Only one person in my family knows about him because I’m afraid my family will be angry that I am in love with an Arab man. His family knows about me, but only his parents know I’m Jewish as the rest would probably get upset if they knew, and disapprove of me. Luckily, his parents treat me like their own daughter and don’t care that I’m a Jew.

“I guess marriage is where it gets weird. For obvious reasons, I can’t ask him to convert to Judaism. I wouldn’t mind converting to Christianity, but if I did that, his priest and likely the entire community would find out I was Jewish. Because I don’t want the community to dislike his family (after all, I love his family), we’ll probably just go to Cyprus someday and get a civil marriage.”

“I (child of Muslim, Palestinian refugees) have been dating my boyfriend, a Danish Christian, for almost 4 years and we currently live together. We’ve talked about marriage and decided he would convert, neither of us are particularly religious and getting married is most likely not going to change that.”

“The whole concept seems antiquated. According to my parents, it all comes down to how you would raise your children. Would it really be so bad if our child was raised knowing about and identifying with both religions?”

“I myself am a product of an interfaith marriage. My father being Muslim and my mother being Catholic.”

“I met someone whom I could share my thoughts and feelings with. She was Chinese Malaysian and we went to the same University together. Eventually, we couldn’t deny that we had a good thing going and when the time came to tell her parents, they did not receive it well. It was natural that they were concerned for their daughter.”

“When the time came to meeting her parents for the first time, I guess they mellowed out and saw that I am not a person that would have forced my partner into converting. Over time, they met my parents and realized that faith-wise, their daughter didn’t have anything to worry about.

“Seven years later, we were married in a small civil ceremony with only our parents and close friends attending. Four years ago, we had a baby girl who will grow up in a country, never having to hide part of her life because she is of a mixed, interfaith union. Never having a belief system forced on her, and never being told what kinds of cultures she is allowed to mix with.”

I’ve been in an interfaith relationship on and off for over 10 years which has been disapproved of so so strongly throughout. I have recently decided to take it to the next stage and proposed to her. I am yet to even tell my parents (who I convinced lately that we are no longer seeing each other to get them off of my back) but they will soon be informed. I’m likely to be totally cast out by them. Its a really dark place that I am in and will be for a while as I adjust to it. I have been acting as a surrogate husband to my mother lately, in the absence of a loving relationship between my father and mother, who as a result of their totally traditional “functional” relationship do not believe in such a thing as a loving marriage between a man and woman. Hence, their staunch belief that our relationship is doomed to fail.

Their logic: 1) there is no such thing as a loving relationship between a husband and his wife once there are children in the picture. 2) the only love that exists is that of a parent towards their child. 3) as she is someone of another faith and not an Arabic speaker, I will be unable to raise my children as Arabic speaking Muslims (since the mother is the main influence), which is the only way I will go on to be satisfied with them.

Therefore, you can infer from the above that I will be miserable in their measure because I will go on to have a loveless relationship with her, and my children too, as they will not be “proper” Muslims. I know this may be somewhat unusual coming from a Muslim male who is typically free to proceed with this according to Islamic law and Arab tradition. It had left me feeling like I am inside a pressure cooker, torn between my love for her and my love for my parents. I do not want to give my love to anyone else apart from her and them.

WE SAID THIS: Have an interfaith love story? Leave it in the comments below or send it to info@scoopempire.com.