Will We Be the Last Generation to Ask Our Fiancés to Convert? 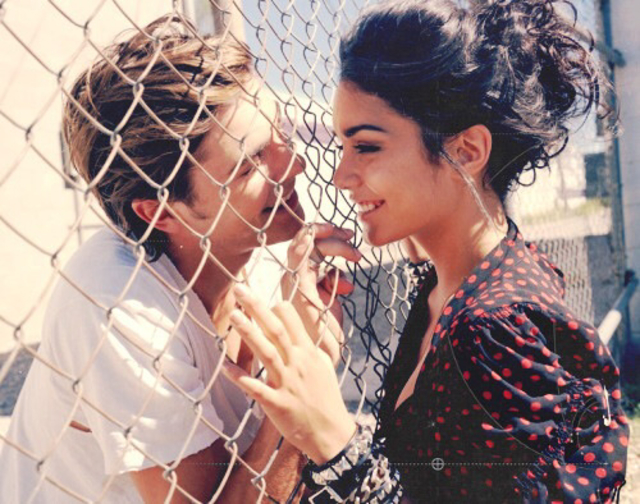 As an Arab woman who tends to fall for the guys her mother would not approve of, I plan on (eventually) marrying someone regardless of their religious upbringing. By marrying someone of a different faith, I’d be entering an endless uphill battle with my family. Converting is the easy fix for the situation, but is it fair to ask the person we love to convert and ultimately change who they are? I’m also a sucker for marrying someone with children (in my dreams), I love the thought of being in a family environment, but, you guessed it. My mother wouldn’t approve whatsoever so back to the drawing boards we go!

In the story of the “star-crossed lovers,” we typically see three outcomes. One, the couple calls it off completely; pressure from family/community accumulates to the point where they no longer have the strength to battle for their love or decide it’s best to end things. Second, a religious conversion; often, it’s the dude who ends up converting because it poses as less of a risk than a woman converting; and by risk, I mean being exiled from the family. Lastly, we see a braver breed of couples who say “fuck it” and get married minus the appeasement of the rules.

“Sure, he converted, but he didn’t REALLY convert, it’s just for show.” We’ve heard it time and again buzzed around wedding receptions. It’s a love story we’re all too familiar with — boy meets girl of a different faith, they fall in love, they decide to get married, and their families have a field day.

It’s not a unique circumstance within our community. Sometimes, it’s a person from the same Arab world and other times it’s not, which is a whole different story. While it has become increasingly common, it’s still a controversial topic that prompts your mother to say “shu el nas ra7 ye7ko?” Well “el nas” will always form their own opinions, whether it involves them or (in most cases) is absolutely none of their business.

It says in some books that in order for a man and woman to wed in holy matrimony, they have to believe in a certain God — the same books that reiterate the same exact moral values, the same books that advocate for pure love and unity. Are we to believe that every Muslim woman is programed to only be physically and emotionally be attracted to just Muslim men? Are Christian women doomed to be alone their whole life if they don’t find a proper Christian man or settle for someone because it’s what’s expected of her?

As a collective of Christians and Muslims seeking to achieve what we all want — a happy life and a brighter future for our future generations — we need to take a step back and ask ourselves: Does it really matter? Is this person converting because they magically had an epiphany and decided that they found a truer religious path? It seems that the vast majority of the time, people are converting to appease their future in-laws. Those in-laws don’t buy it, the person isn’t really going to practice, and people attending their wedding don’t believe it, either. So if no one is buying into this fake conversion, why convert? Why even pose the idea?

In any situation where a couple is not of the same faith, both parties run the risk of damaging relations with their family, friends and community. It’s not a decision taken lightly, but it shouldn’t carry the weight it does. So are we the last generation to apply these restrictions? Are we going to ask the person we love to change their beliefs and change who they are to make certain people happy? Are we going to apply these expectations to our children, or will we allow them the freedom to love without hesitation and experience unconditional love? Or will we carry on with our perplexing concept of marriage?

Have an interfaith love story? Share with us at samar@scoopempire.com.

WE SAID THIS: What are your thoughts on the subject? Tell us in the comments below.