10 Signs You’re Getting Older AKA Ancient

Maybe you still indulge in childlike guilty pleasures, like eating Nutella from a spoon. And maybe you still don’t know what you want to do when you “grow up”. But one thing’s for sure: You don’t celebrate your birthday like you used to. And maybe that’s a good thing.

Here are 10 signs you’ve grown up: 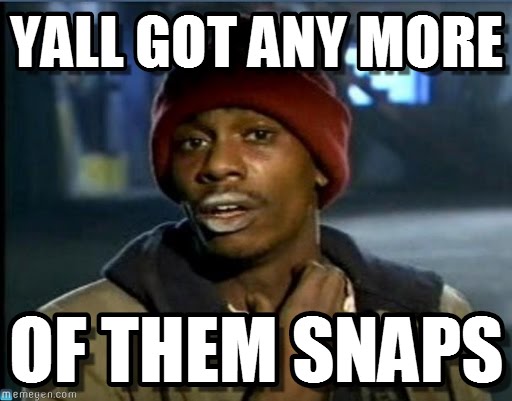 You think you’re so technologically savvy, with your fancy gadgets and cool apps, until your little cousin – who was literally just running around in diapers yesterday and today is now halfway done with her Bachelor’s degree – schools you on social media.

Newsflash (according to “The Youth”, of which you are no longer a part): no one uses Twitter, they barely use Facebook anymore and interpersonal communication is done through Snap Stories (that’s Snapchat, you dinosaur).

2. Six-year-olds aspire to be YouTubers

When toddlers have their own tablets and are more plugged in to the intricate workings of the interwebz than you are, you are officially Out Of Touch.

3. Adults ask for your advice

They may be younger than you, but they’re still grown-ass human beings and they ask you for advice – about work, love, life… as if you have it all figured out. At least you look like you’ve got your shit together – that’s progress.

Sometimes – okay, maybe oftentimes – you think you’re just as lost as they are, but you also know that you’ve been through some stuff, man, and have come out of it stronger, more self-aware and with a more complex perspective on the human condition than before – that’s growth.

4. You’d rather stay in than party

Because been there, done that.

Because even when you do go out, the place is filled with kids.

Because after a long week at work, you’re legitimately tired and in need of rest.

Because a good, home-cooked meal and your bed sound more appealing than spending money to make awkward small talk with strangers.

Because your couch and the first five episodes of the new Game of Thrones season are beckoning for you to come hither.

5. Your relationship with your parents has evolved

Over the years, you’ve grown to see them as human beings in their own right, not just mum and dad who nag you to eat and come home on time.

You’ve realized that they had lives before you and your siblings graced the planet and that, actually, they’re your closest friends.

You can’t pull all-nighters anymore; honestly, you’d rather just sleep. It takes you days to recover from one late night, and the next morning you’re utterly useless.

And you’ve realized that your metabolism just isn’t what it used to be. You watch what you eat – or at least try to, anyway. And you make an effort to work out.

7. If you’re still single, you’re one of the last ones standing in your friends group

Everyone else has gotten hitched and/or popped out a baby (or two!), and a couple of them even have a divorce under their belt.

Your family guilt trips you about being single or child-less, or they’re constantly asking you about when you’re going to have the next child.

8. The celebrities you used to know and love are now ancient

And you have no idea who the new crop of pop stars are. What’s an Ariana Grande? Is that a new type of coffee drink?

9. You worry about your financial security

The pressure to save is now much greater than the urge to splurge. You’ve started to invest, or are plotting the best way how.

10. You’ve gotten better at saying no

You complain about noise. Peer pressure doesn’t get to you anymore. You’re smarter about relationships. “Fuck the drama, ain’t nobody got time for that” is your new motto.

You’ve gotten better about setting boundaries. You turn down activities, events and people that don’t fulfill your personal growth or professional development. And that’s something to be proud of.

WE SAID THIS: Don’t miss 20 Things We All Realize As We Get Older.