The Virus is Spreading 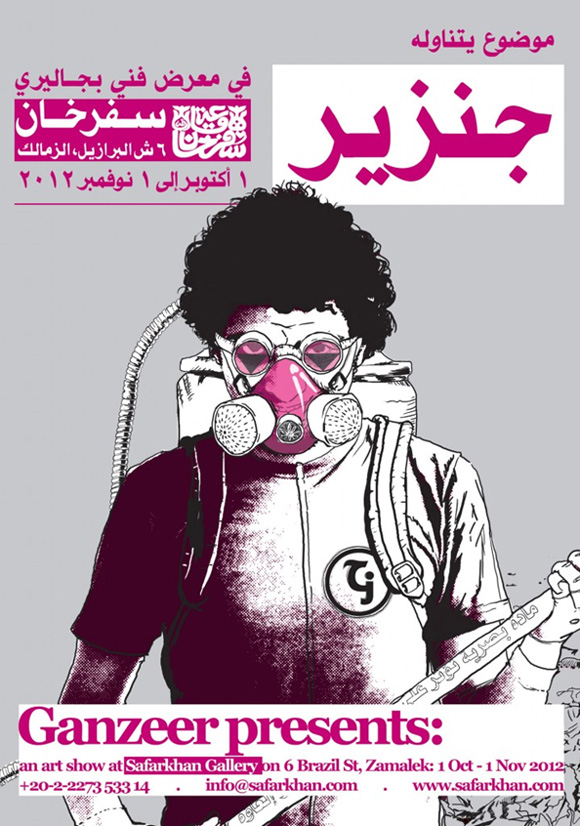 Parked outside, I stayed a couple of extra minutes in the car just gazing at the gallery through my window; taking in the feel and energy of everyone gathered outside with their colorful outfits blended in with the colors from the artwork inside protruding through the gallery windows. At first glance the street vendor selling “sobya?” in full costume seemed a little random, but it all made sense as I was leaving the gallery 40 mins later.

If you’re in any way engaged with the Cairo art community then you would’ve definitely heard of the #VirusIsSpreading exhibition by artist Ganzeer (birth name: Mohamed Fahmy) at the Safarkhan Art Gallery in Zamalek. Ganzeer is known locally and internationally for his illustrations and graffiti murals.

For me, I didn’t know what to expect fighting my way through Cairo traffic to get to the exhibition on time. Upon walking in I was at first overwhelmed by the bright colors and the depth of content on the walls (e.g. ripped posters, typography, illustrations… the works) I had to pick one corner and make sense of it first before expanding my view onto the bigger picture. The display of artwork was indeed quite interesting; the graffiti-like illustrations were separate pieces on individual panels, which managed to make sense as individual pieces as well as a puzzle piece of a larger installation.

One piece, among many, that I believe stood out in particular was a large illustration of a male figure wearing, what has become known to us as, the “mask of freedom” stitching his own mouth with a string attached to the 3 religious symbols. A lot of meaning can be attached to that image but I’ll leave that up to you. Several textual statements also covered the walls of the gallery: The People, regress (on a poster of Abdel Moneim El Shahat), and beard  Qur’an, among other similar statements on the topics of religion and freedom of speech. 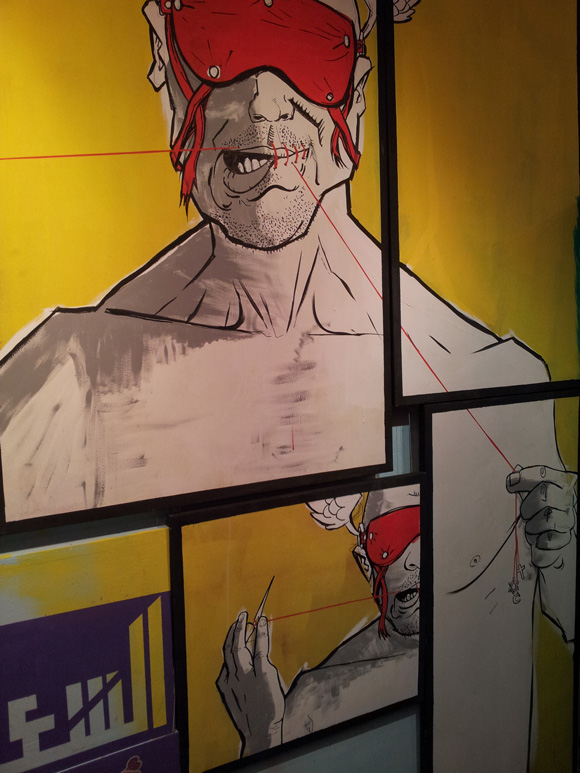 Another aspect of the exhibition that I found interesting was the installation-like feel; a big electrical box stood next to the right wall covered with torn posters and bold colors, a couple of oil barrels in the middle of the room, in addition to the bristling sounds of the street and car horns coming from outside.

The artist I believe was reflecting on topics closer to the general public rather than the typical gallery crowd. And with that he was expressing the general dissent on the societal power struggle that is bringing this country down.

There’s a lot more to be said about the exhibition but art is made to be appreciated not talked about, and I wouldn’t want to ruin the experience to those of you who still haven’t visited. To say the least, this is not your typical art exhibition. 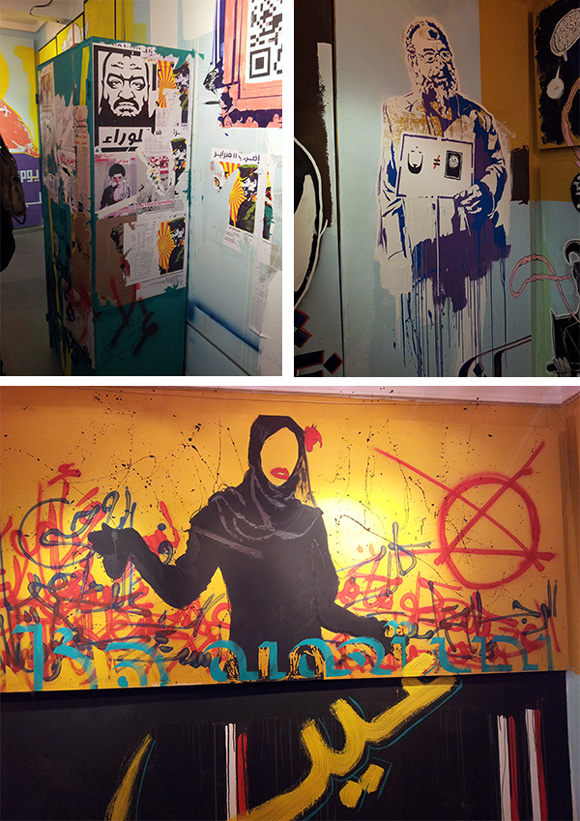 We Said This: Catch the exhibition during the month of October at Safarkhan Gallery in 6 Brazil street, Zamalek.

Kareem El-Shaffei is an ex-investment banker turned entrepreneur; he founded CIRQY, an online marketplace for discovering locally crafted products. Currently, working for the largest e-commerce company in the Middle East, Souq.com. Out of the office, Kareem is an aspiring artist, creating worlds in digital collages.