The First Family Photo Of The Baby Prince 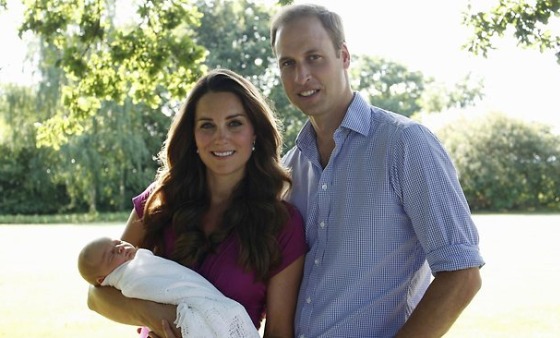 The first official family pictures of Prince George Alexander Louis of Cambridge have been finally released. There are two personal photos that feature the newborn baby with his parents, the Duke and Duchess of Cambridge. Both pictures were taken by the Duchess’ father, Michael Middleton, in the garden of the Middleton family home in Bucklebury earlier this month.

The photos hit Twitter on August 19. The portraits were supposed to be released at midnight Tuesday morning BST — but some Twitter user just couldn’t wait to unveil the charming photos. The photos were then officially released a few hours later. The first image features the royal couple and baby George together, a second also includes two pets – the Middleton family retriever, Tilly, and the couple’s cocker spaniel, Lupo. Kate was wearing a violet dress, William is wearing a blue striped button-down and the baby prince swaddled in white. 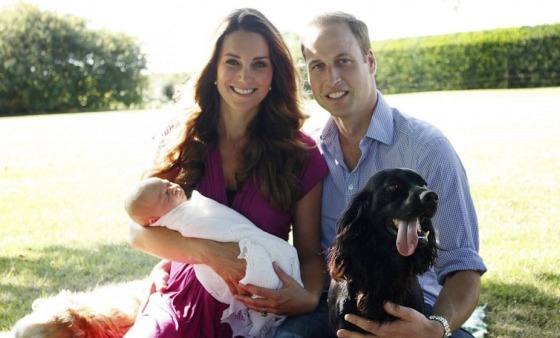 Prince William gave his first full interview since the royal baby birth on July 22 to CNN, talking about his new life as a father – and talking  about the special moment when they introduced their first child to their world’s media on the steps of the Lindo Wing.

“I was on such a high, and so was Catherine, about George, that we were happy to show him off to whoever wanted to see him,” he said. “As any new parent knows, you’re only too happy to show off your new child and, you know, proclaim that he is the best looking, or the best everything.”

For more of this wonderful interview with the proud papa ( a.k.a HRH Duke of Cambridge) mark your calendars as it will be aired fully on September 15 on CNN.