Why You Should Switch to a Digital Pen

In this age of rapid technological innovation, it often seems that apps and gadgets have taken over everything we do – from the simple act of locking our doors to the monumental task of finding “the one”.

We’ve gone from acoustic to electronic, canvas to screen and print to digital. Yet despite tech companies’ best efforts, many of us still crave the tactile sensation of turning the page of a book, and certainly a physical touch over a virtual “poke”.

In fact, new research has shown that, when it comes to certain tasks, nothing beats the old-fashioned way of doing things. A recent study called “The Pen Is Mightier than the Keyboard” has found that people remember information better when they take handwritten notes as opposed to typing on a laptop. 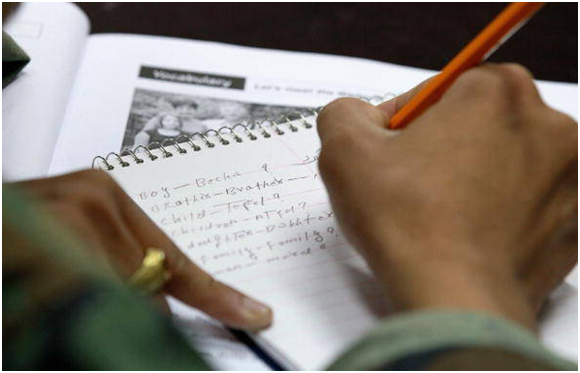 In the study, it turns out that university students who took notes on their laptop, while they did so more quickly, did so “mindlessly” – as is the case with much of our Internet use these days. We click from page to page and through multiple tabs until we somehow end up on the weird side of YouTube and hours of our lives have gone by.

Even when it comes to art and design, the advent of the likes of Photoshop and 3D modeling has brought stunning efficiency and speed to the field. Yet some say that the ease of it all, especially the option to “undo” and “redo”, somehow takes away from one’s creativity.

“Digital, to me, means you can try it one, two, three times until you get it right, so you don’t put your full potential in it the first time,” says product designer Nada Kabil.

Meanwhile, those who used a pen in the note taking study were able to not only better retain the information, but they also boasted superior comprehension of the material. Jotting down handwritten notes takes longer, which forces us to think about the information being given and quickly reformulate it into details that will make sense to us later.

Perhaps this is a symptom of our generation, stuck in between being raised on pen and paper and now working on laptops and digital spaces. Maybe we remember information better when we take handwritten notes because that’s how we originally learned how to learn.

Some tech companies understand this confusing impulse, one that prompts us to desire the newest gadget yet remains nostalgic for a mythical golden age of slow tech. Digital pens are a prime example.

“Digital pens allow me to be more interactive with my work,” says designer and architect Hashem Arafat. “You feel like you’re using an actual pen and paper, which I’m used to.”

“Using a digital pen is easier than a mouse. It gives me more control,” explains designer Omar Aboul Ezz. “I can use brushes easily. I can draw. It’s more sensitive. Pressure is one of the most important things for an artist. Using the pen even makes me more creative, digitally.”

Digital pens are a clear winner for creatives working in the digital field. Yet even in the age of the touchscreen, the digital pen remains preferable for some mobile users.

“I hate touchscreens. I have fat fingers, so I never press the right button,” explains Kabil. “No, I need a pen. There’s a tangible link between your brain and the pen in your hand, and your thoughts and visions flow through it.”

WE SAID THIS: Don’t miss “The 9 Weirdest Places We’ve Charged Our Phones”.