The Spookiest Haunted Places In Egypt

Horror stories are something we Egyptians all look forward to. Yes, we’ll all jump and scream at the sight of a cockroach or stay wide awake, motionless just because we heard a weird sound coming from the living room, but we always enjoy a good horror story.

Egypt being an ancient city gives you the chills and the chance to let your imagination go wild. Coming from the pharaohs, it is not so difficult to picture evil spirits or spooky ghosts hidden in the walls of ancient buildings.

This Halloween, try something different either by discovering the places yourself or just telling these spooky stories in a dim room! 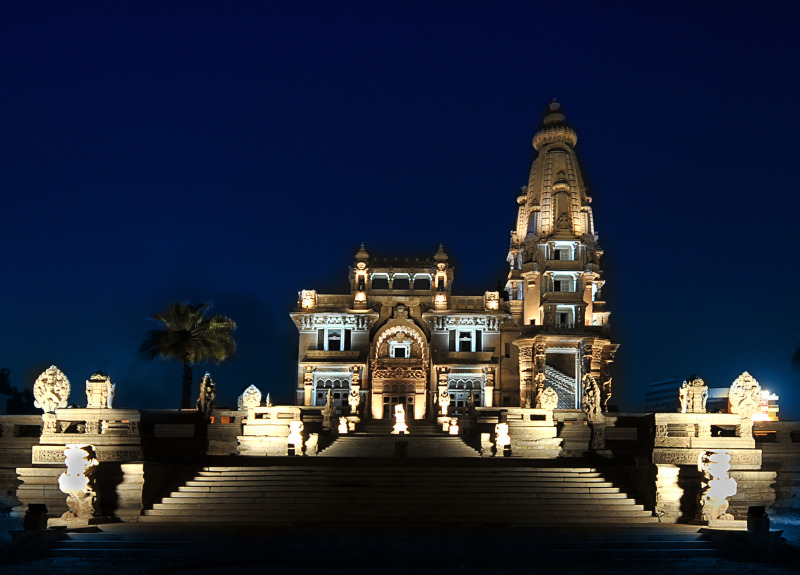 Deserted and abandoned for quite a long time, the Baron’s palace in Heliopolis has been the centre of many creepy stories in Cairo. With rumours circulating that the palace is haunted by the Baron’s sister Helena who mysteriously fell from the balcony of her room, no one knows what truly happened there.

It has also been said that the Baron’s daughter Miriam was found dead at the elevator doors in the basement. Along with their angry spirits, the rumours have turned this palace into a real horror story! Haunted by bats, stray dogs and the angry ghost of the Baron’s sister, people are terrified of this palace.

There are quite a few creepy stories! People claimed to have seen ghosts roaming around at night while others swore that they could see light and hear music emerging from it, as if there were some kind of  party going on!

It doesn’t stop there, the Baron’s palace has been said to be the meeting place of satanists and many rituals have also provoked the ghosts of the mansion to come out! Maybe that’s where all the bats come from!

The Roushdy Building in Alexandria 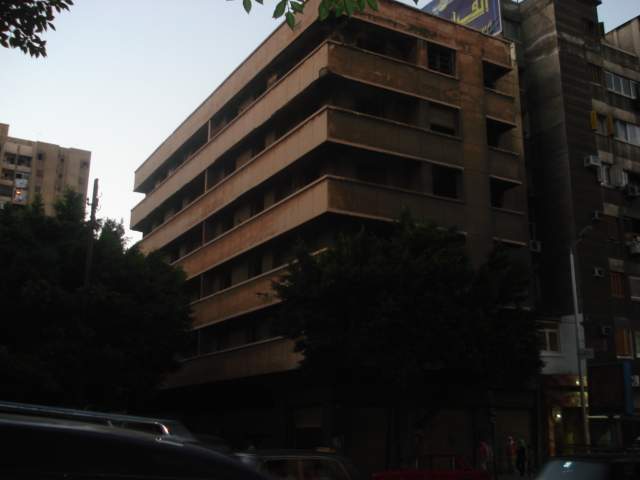 Even though there is a shortage of apartments for rent in Alexandria, no one ever rents an apartment in this building. Many things have been said about this place, but no one really knows the true story except that it is too scary to live in!

Rumour has it that the construction site engineer ripped a Quran apart and scattered the pages during the foundation stage and built the entire building on top of it. As stupid as it sounds, the engineer had good intentions as he thought it would make the building more holy and give it “baraka“.

It has been said that demons and jinn are empowered by the Quran and you hear a lot of things when it comes to black magic. But this particular building has never been occupied. The first couple who supposedly tried to occupy it were newlyweds who had been furnishing their flat, but every time they placed a piece of furniture in the building, they would find it thrown out on the streets the following day.

Another couple on their first night there found a black cat in their apartment and a pool of blood in the bathroom! Rumour has it that at night, things get pretty nasty. Voices are heard and the electricity is always out!

Enter this building at your own risk… 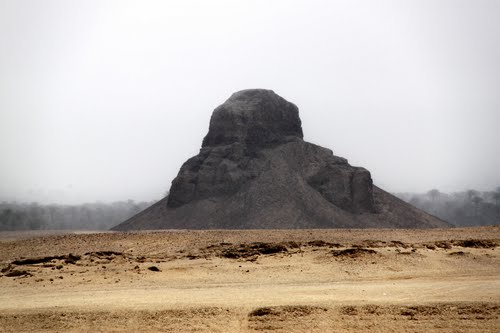 Dahshour is known for its ancient archaeological sites with many ancient tombs and burial sites of pharaohs. You can imagine with the history this place has how creepy it can get! But that’s not it.

From The Sphinx to Mona Lisa: Has Photoshop Gone Too Far?

At the Army base located there, late at night, sounds of guns and people screaming supposedly can be heard and from the balcony, ghosts of soldiers who died in this place can supposedly be seen walking around doing their exercises. Haunted pharaohs and haunted army soldiers? Keep us away from Dahshour, please!

The Pyramids of Giza 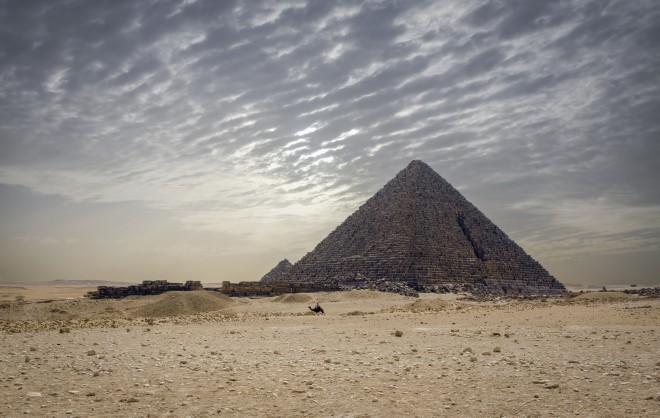 If being in the middle of the desert surrounded by tombs of pharaohs that have been dead for thousand of years is not spooky enough, then wait until you hear the rumours circulating this place!

It has been said that the tombs of the pharaohs are cursed. Have you ever heard of the “Curse of the Pharaohs”? Any person that tries to enter the tombs is cursed by a strange death! It all started when King Tutankhamon’s tomb was discovered and just a few weeks later, Lord Carnavon, one of the very first people who entered his tomb, died from a mosquito bite! So imagine what could happen at the Pyramids of Giza?! The rumours never end…

This creepy place was formerly the palace of the royal family of King Farouk and later on was turned into a morgue. With all the dead people having been in this building, rumours started to escalate about lights continuously flickering. If being around dead people isn’t enough to freak you out, then maybe the voices and dark shadows spotted at night will make your heart stop beating from fear!

Fortunately, the building has now been abandoned. Maybe the ghosts have kicked and locked everyone out for good? Who knows?!

The dark highway that leads you to the North Coast has always been known to have tons of deadly accidents. But that is not the creepiest part! Ghosts of the dead have been seen roaming around the streets at night. Some drivers have been shocked to their senses after hitting a passenger, only to find that they have disappeared or that the car has passed right through them!

Others have claimed that a figure was seen running next to their car at the same speed with blood flowing from them. No wonder my parents don’t like me to drive to Sahel at night!

Valley of the Kings 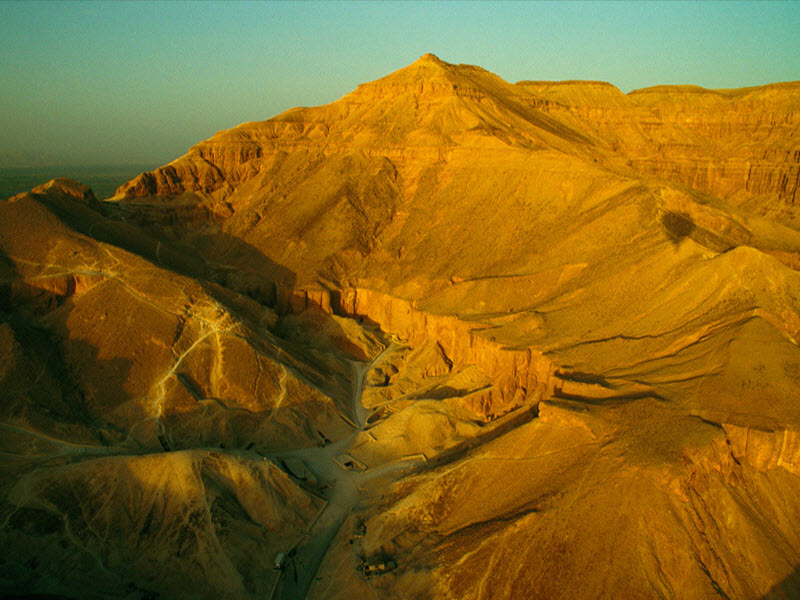 There have been multiple eyewitness accounts of a phantom pharaoh in his chariot, drawn by black horses, gliding through the valley at midnight. The night watchmen of the valley have also heard strange noises like footsteps, screams, clattering of wheels and angered shouting.

Rumour has it that the sounds are coming from the ghosts of the deceased kings and queens whose tombs have been desecrated. Not a place you’d want to go at night anyway… It does look a bit too spooky!