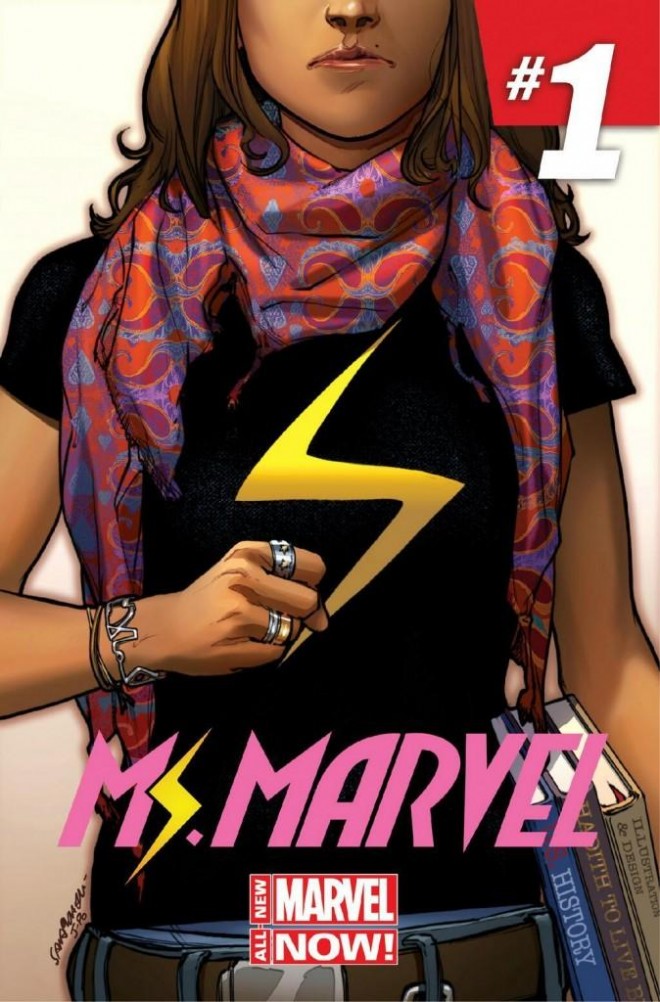 Marvel Comics, makers of such iconic characters as Spider-Man and the X-Men, have released the first images from the new Ms. Marvel issue starring 16-year old Kamala Khan. A shapeshifter, or “polymorph” in more knowing circles, Khan is a second-generation Pakistani-American who struggles with her identity.

Khan is Marvel’s first Muslim superhero, a fact about which much was made when the comic book giant announced the new Ms. Marvel last November.

“There’s been some hate from people who don’t read comics, which I ignore because in terms of this medium, they are illiterate,” G. Willow Wilson, Khan’s creator and the comic’s writer, told Wired. “There’s this sense that [Muslims] shouldn’t even be there because it’s somehow un-American”.

“On the other side, there’s a certain amount of apprehension from the Muslim community about whether or not [Kamala] is going to be a stereotype or a whitewashing,” Wilson continued. “But I think that [apprehension] will go away when the book actually comes out”. 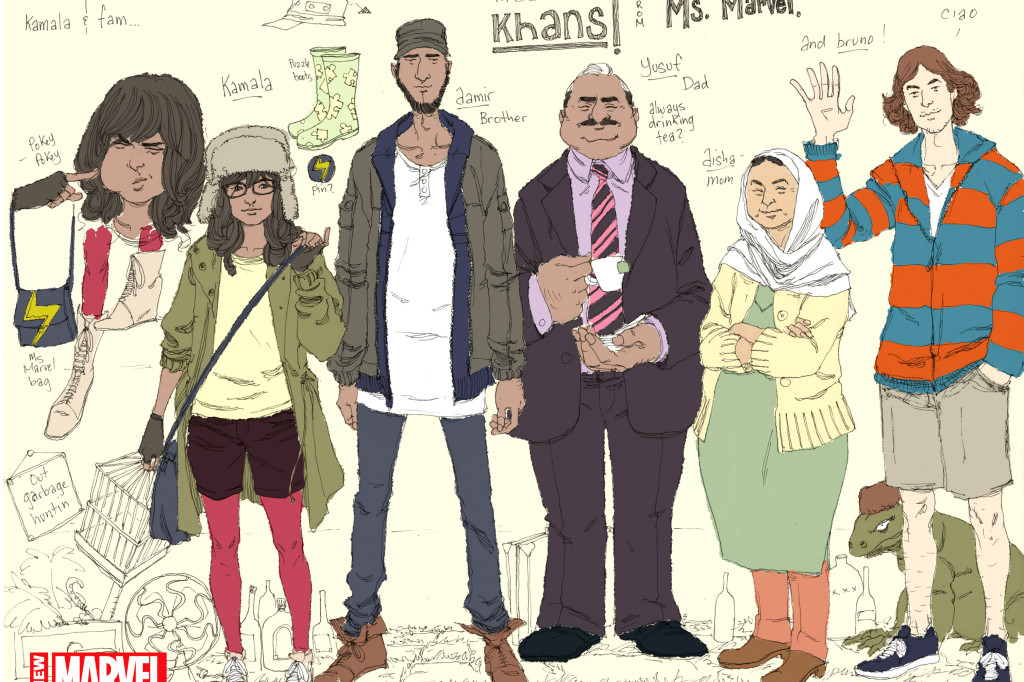 “Kamala is not a token anything in any way. She’s very much her own quirky, unique, wonderful person. She’s not a poster girl for her religion and she doesn’t fall into any neat little box”, she explained.

Based on the images released so far, Kamala looks like a Mipster (Muslim + hipster) to us. Meanwhile, Wilson is herself an American Muslim and her children are half-Egyptian.

Wilson’s 2010 memoir, The Butterfly Mosque, details her conversion to Islam and her first graphic novel, Cairo, is set there, Wilson’s home in her twenties. She also wrote Alif the Unseen, a tale about a young, Arab-Indian hacker struggling to maintain his cover in an unnamed Middle Eastern security state.

Check out the below preview of the new Ms. Marvel, which comes out on Feb. 5. 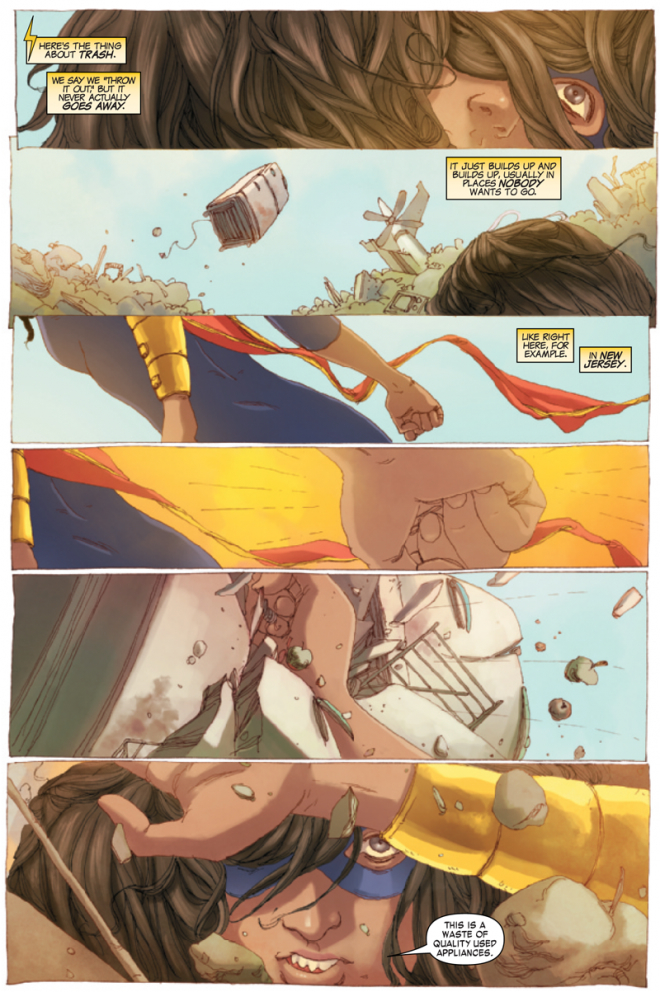 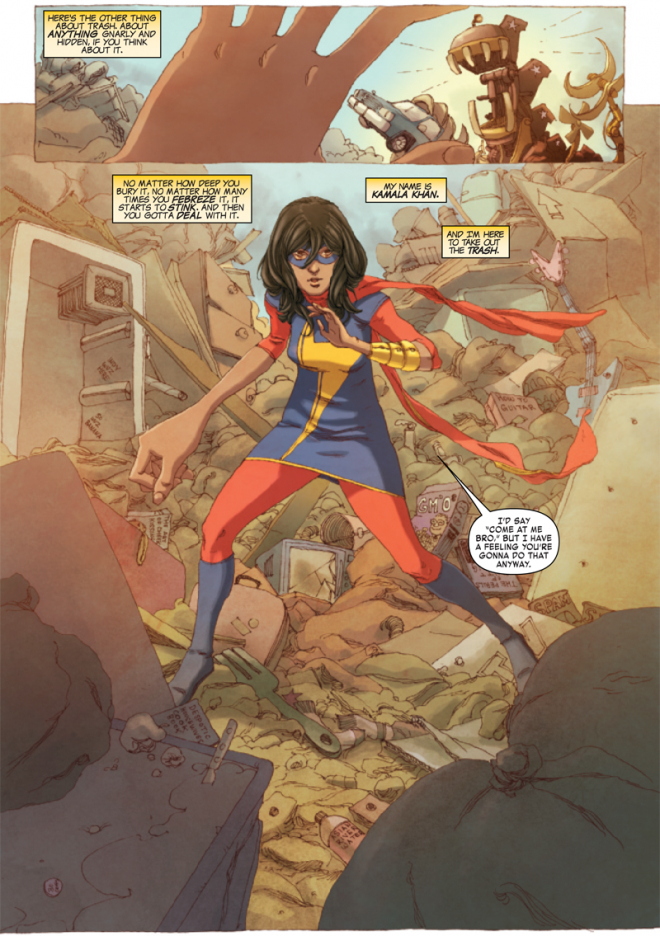 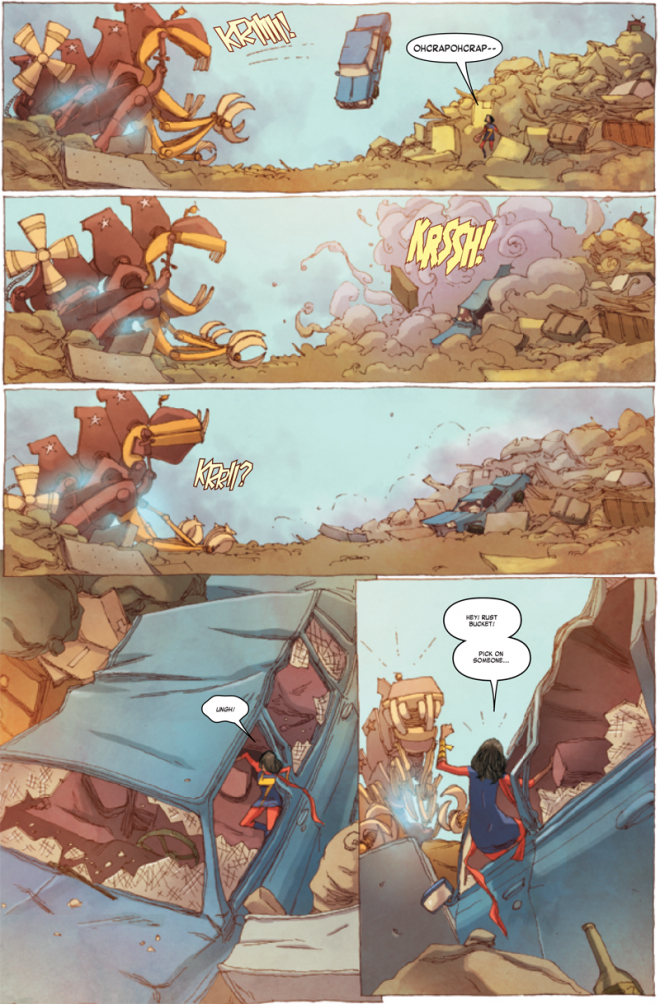 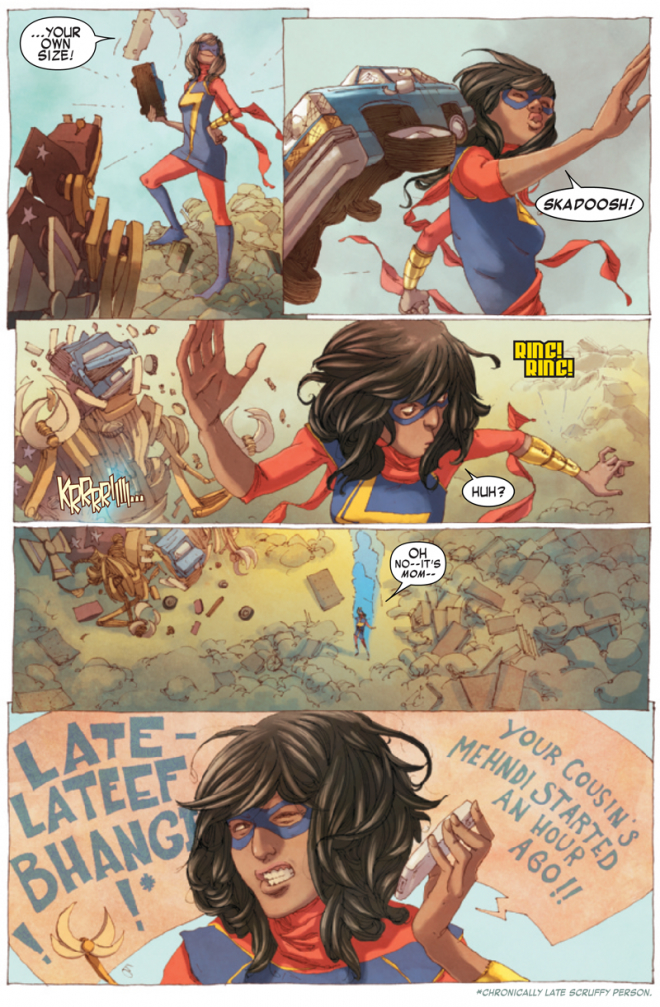 WE SAID THIS: Don’t miss our interview with Magdy El-Shaffee, acclaimed Egyptian graphic novelist and the author of revolutionary comic, Metro, which is banned in Egypt.