An Open Letter to Reham Saeed 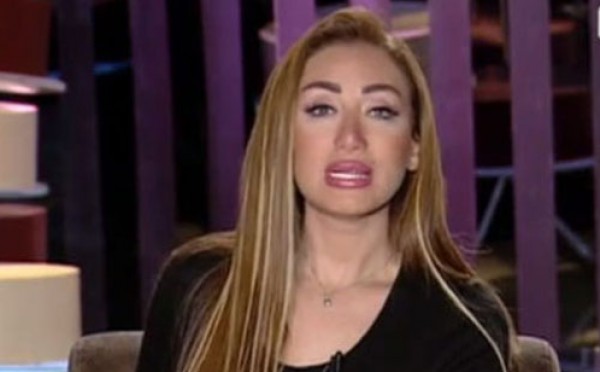 I am writing this hoping it will somehow reach you through social media – in English because, sadly, my higher education has been in English and it helps me express my opinions more accurately. Since you are an AUCian, I am guessing you can read and comprehend everything I say. I would like to politely inform you that you have failed as a mother, a journalist and free woman. You have failed as a human being, in general. You are the epitome of everything that is wrong with Egypt and the ignorance that is all too present in its society.

I am still having trouble digesting everything you said in the episode. In just 30 minutes, you managed to condone several violations of human rights — invading someone’s privacy, condoning rape culture, encouraging the blaming of victim instead of assailant and attempting to destroy everything that women’s rights activists have been trying to achieve in Egypt. My blood boiled as I watched your episode. I hope you could pardon me if I am in any way offensive. “But what were you wearing” continues to be the biggest problem that victims face when trying to report the crimes committed against them. You encouraged that sexist attitude of our law enforcement officials on the air.

I understand your whole “respect the culture of the area you visit” argument, but it is absolutely irrelevant here. What you described means wearing a scarf to a mosque, taking your shoes off when entering an Asian household, or not wearing a party dress in the rural areas of Egypt whilst volunteering. This girl, however, was only wearing a sleeveless shirt to a mall, in the capital city, and last I checked, this is neither illegal nor immodest; it is not like she was wearing a sports bra and booty shorts.

The lesson you imparted on your viewers was that women must try to avoid getting raped, instead of standing in solidarity as the public figure you are and supporting the prosecution of rapists. You literally said, “Not every victim is a truly a victim.” This is counteractive to every anti-harassment campaign we have ever had here in Egypt. Implying that any woman wearing short sleeves or even, and I quote, “smiling at a man” is attempting to seduce men and “asking for it,” is an embarrassment to every woman walking this earth.

In regards to the heavily edited, manipulated photos conveniently blurred out in specific spots using minimal expertise: If you have not received permission from the person in the pictures, then you have no right to publicly show them to the world, especially in a country where, as you acknowledged, the person in the photos could be targeted as a result. You have unlawfully intruded into her private affairs and have disclosed her private information and publicized it in a false light. Luckily for you, Egypt is not one of the countries where you can be sued and punished for it.

You exploited a victim of sexual harassment for your own private gains. No matter what this girl does in her private life, she has the full right to exist in her country without worrying for a minute about unwanted advances. You asked to display the photos (which any junior graphic designer can tell are edited to look more promiscuous) whilst putting on a staged act of trying to protect the girl’s modesty saying “enough… that’s enough,” for quite some time before the montage ended.

I won’t lie: I also wear short dresses and skirts like you said you do. I have dated guys, gone to clubs, worn swimsuits and have made mistakes before, but that does not mean I am not a respectable young woman. Those actions are not a reflection of how I was raised. More importantly, they do not mean that when I walk down the street, I enjoy being harassed by strange men I don’t know. They do not mean that I should be silent if I am harassed or assaulted. How could an educated journalist ever say that by allowing the male in her photos (who could be her brother or fiancé for all we know) to carry her, the victim therefore invites advances from strange men? Slut shaming this poor girl on national television was inadmissible and should be punishable by law.

By ignoring sexual harassment you have encouraged it. If we want to combat harassment in Egypt, we must report harassment, stand up to harassers and hand them over to authorities. Anti-harassment campaigns have been advocating for just that and have been encouraging women to speak up. You, on the other hand, just bluntly said on national television, “Just as much as we blame the assailant, we must also blame the girls who make mistakes, who provoke male attention… Make sure you properly control your daughters and nothing will happen to them.”

You justified the authorities’ refusal to cooperate and the witnesses’ refusal to testify. By your logic and as advertised by your actions, women should not report these heinous crimes because their harassment is warranted if they “looked at the man.” You even went as far as to say that the women who respond to their harassers “enjoy it.” You blamed the prevalence of sexual frustration and assault in Egypt on euphoria-inducing pain killers like “Tramadol and Tamol,” which is comical coming from a reporter with no integrity who thinks herself a credible medical source.

How can victims report their assaults if they know that in addition to being blamed by authorities, they will also be publicly humiliated by the media? How can we move forward in this country when such willfully ignorant people like yourself are allowed to become national “journalists”? You publicly claimed that women’s clothing is an invitation for harassment, and that a women’s free personal life is “evidence” that she wants to be assaulted and harassed.

To think that you are a mother is quite sickening. I can only imagine the obtuse ideals you instill in your children. You have failed the women of Egypt and the world. I hope your actions and your words are not overlooked and that you are punished for them. I highly encourage the Al Nahar channel to apologize for your actions and have you fired for such misogynistic and ludicrous behavior.

A simple Egyptian woman who will not stand for misogyny.

If you missed the episode, here it is:

I ask of all of you guys to PLEASE SHARE THIS! We must stand by the girl and tell her that what happened to her is in no way her fault. Help me spread this and help me get this girl some justice!

WE SAID THIS: Don’t miss Life Lessons Only Reham Saeed Can Teach You.