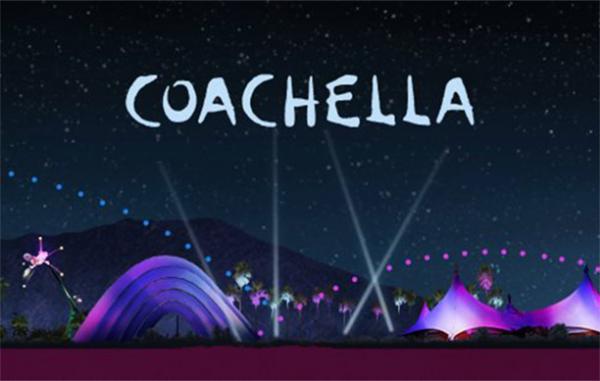 “What the fxck is up, Coachellaaaa!”. From the mouth of a hologramed 2pac, these words shook headlines and reached over a 10 million YouTube view last year. Coachella is back, and for those of you who are unaware of what I’m talking about, allow me to introduce you to a parallel universe that is -mind you- only a plane ticket away.

What is it? Coachella Valley arts and Musical Festival: Hipster holy-land. Music. Lots of it. Fashion. Drugs. Lots of that too. Modern day Woodstock. Think Cali. Middle of the dessert. Hippie plaid fashionistas. An “instagramed” three day weekend, basically. Line-up is posted early on in the year and goers usually book a good six month before hand. Genuine Coachella goers usually camp, others book in nearby hotels or rent out villas. Celebrities, artists, fashion bloggers and the likes-of are known to be a part of the festivities.

Please have a look at this years line up and try to hold back your tears. We know, we know. 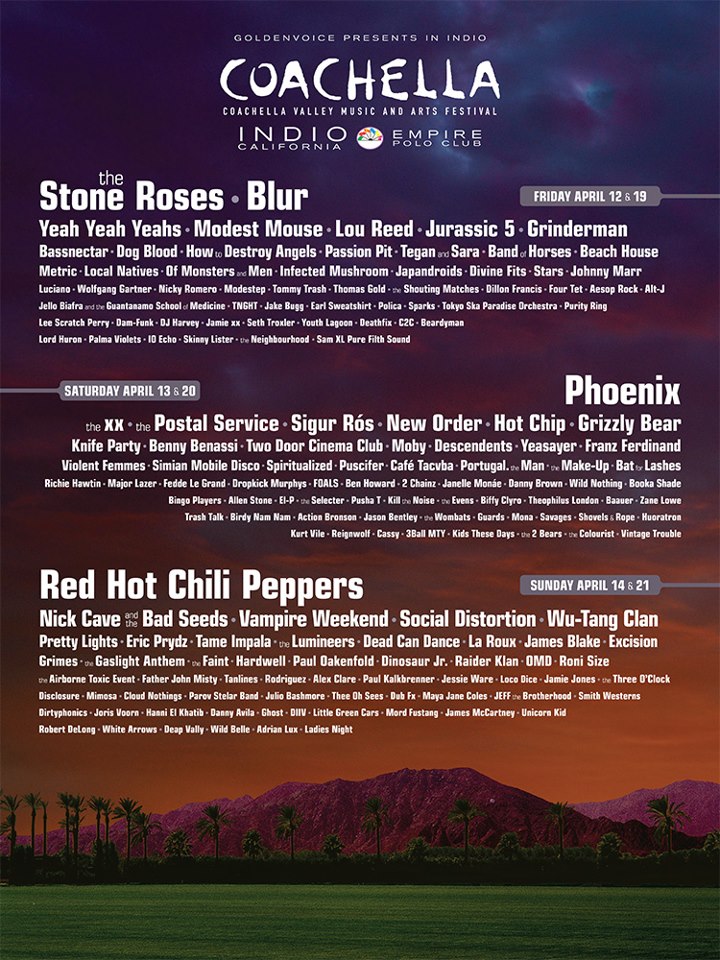 “It’s like being at a really chic grassy dirt colored carpet” could be the best description i’ve read.

Fashion plays a huge role in the festival. Magazines are crowded with ‘fashion festival’ style articles prior to Coachella (mind you, its all fringe, denim, high buns, rings rings and more rings) but nonetheless this festival shapes up a huge part of the fashion industry. Brands such as Urban outfitters and American Apparel use social media to capture the feel of their brand and invites their target market (Pretty much everyone who goes to Coachella) to interact with them through out the weekend. 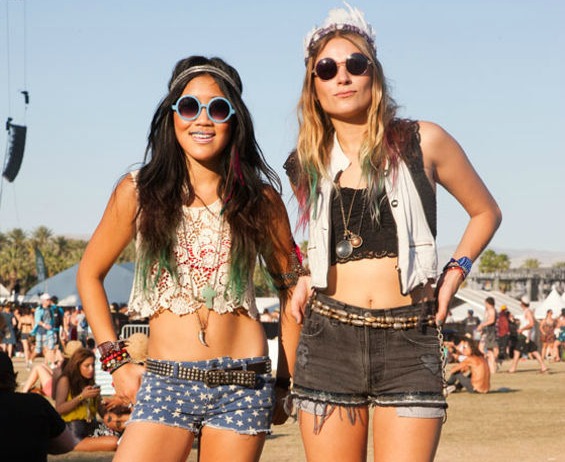 First Coachella weekend just passed and here’s what you’ve missed out on:

Coachella streams all the shows live on YouTube for the not so fortunate people like us, where you can watch all the good times that you’re not having while you slow down your whole office’s internet connection and casually ignore all incoming work email notifications.  Enjoy!