10 Ways Not to Be an Evil Psychopath 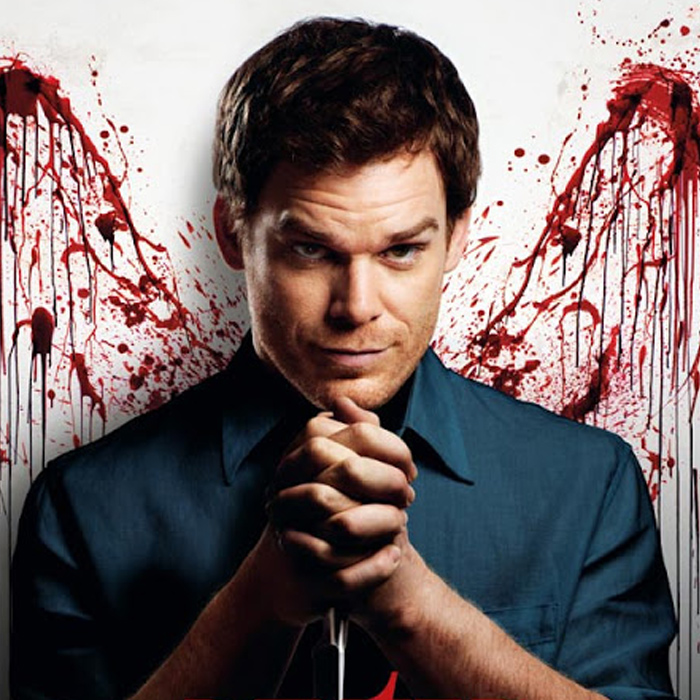 According to C.S. Lewis, “Evil is pain”. I’ve come to the conclusion, after several months of reflection, that evil acts are “ones that cause pain to living beings deliberately or due to lack of empathy”. Conversely, good actions are conscious ones that seek to avoid causing harm (to any living being including yourself) or subvert evil.

Given that psychopaths make up an estimated 4% of the global population, the majority of evil acts in the world are committed by normal people, like you and I, who simply lost themselves in negative emotion (anger, pain, jealousy, pride, etc), lost sight of their empathy, refused to reflect and rationalized their actions as “just”.

But what about punishment? Would that be evil since it causes harm? People who do evil things, like murderers, rapists, abusers, should endure consequences. But punishment should always be measured, proportional to the crime and the intent should be rehabilitation (to get them to understand and correct their behavior) or to protect society rather than to make the person suffer.

And for personal transgressions (i.e. your significant other broke your heart), you should probably do some self-reflection instead of going on a crusade against him/her, because it’s probably your ego that’s hurt rather than an actual violation against humanity. Just move on and trust that karma will sort everything out at the end.

But what about mass murderers? Why can’t we just club the bastards? Because the nature of evil is cyclical. It exists in a negative feedback loop. Evil is pain, which causes negative emotion, which causes more evil. The more evil is put into the world, the more it will snowball, and that affects everyone unless we learn how to stop it in its tracks. And that starts with individuals.

How does this apply to me? As conscious beings with free will, we can choose whether we want to do good or evil things. We decide who we want to be and what kind of energy we want to put into our relationship with the world.

But what about brain chemicals? All people, with the exception of psychopaths (and scientists are now arguing that even psychopaths can turn their empathy “on” or “off” at will), are capable of controlling themselves in states of extreme emotion and prevent themselves from hurting others when they have developed a sense of self-awareness, the will to reflect, and the ability to see how their emotions are blocking their empathy.

Critics might point to the Stanford prison experiment, for example, to show that the “circumstances” of a situation is often more important than a person’s “disposition” in determining whether a person’s behavior will be good or evil. When psychologically healthy students were assigned the role of prison guards and told to exercise authority over a group of assigned prisoners in a fake prison supervised by Stanford psychology professor Dr. Philip Zimbardo, it was only a short time before the majority of prison guards became sadistic and cruel toward prisoners. Sad, right? Perhaps, but it should be noted that although most guards became corrupt, some guards still maintained self-awareness throughout the experiment and even expressed empathy toward the prisoners.

We have the ability to choose. We can choose to be self-aware. We can choose to reflect on the morality of our actions. We’re all quite capable of being evil when we lose sight of ourselves. So here’s a list of ways to check yourself:

1. Be aware of your emotional state 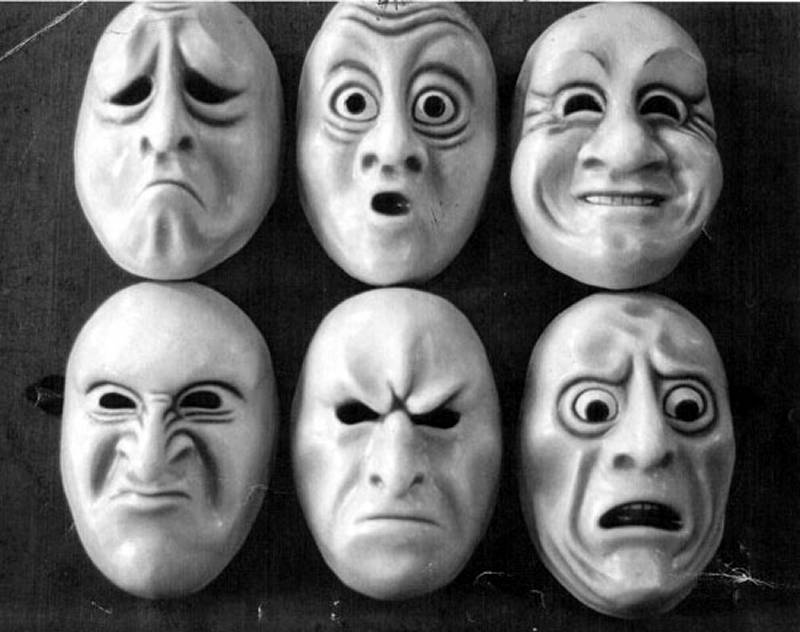 Are you angry? Are you feeling hurt? If you’re in any negative emotional state, you aren’t thinking clearly. Your brain is a bastion of chemicals and stress hormones and it’s separating you from reality. Things seem much worse than they are, and in this moment, you are likely to make rash decisions that you will immediately regret as soon as your brain chemicals stabilize.

You’re also likely to make a fool of yourself. Your perspective during emotional crisis is not a complete picture, and any proclamations you make are likely to be misrepresentative. Not that you don’t get to rant, but realize that there’s a difference between ranting and smearing. Tough love, but half-truths are no better than lies.

Wait it out, and stay quiet until you’re thinking clearly.

2. Reflect on your intentions 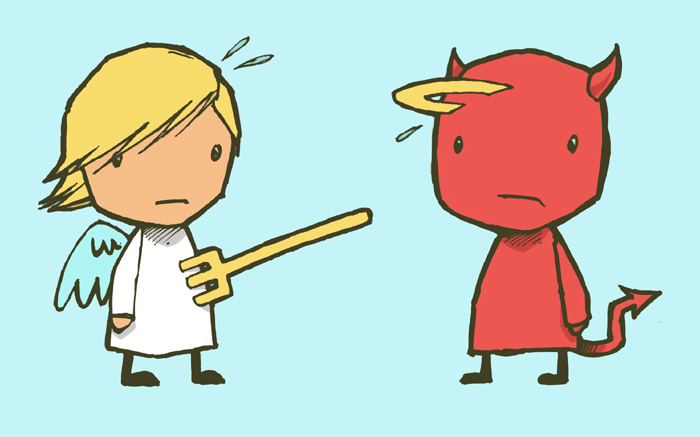 What exactly do you want? Are your intentions positive or negative? Let’s assume this person wronged you. You feel self-righteous and you want justice. You did everything right and they took advantage.

Do you actually want to help this person see what they’ve done wrong? Or is this really all about you, preserving your pride and getting some kind of retribution?

At this point, you should realize that hurting others isn’t going to make you feel better. If they actually did do something wrong, you’re stooping to their level. And if they didn’t do anything wrong, and you’re just delusional, then congratulations – you’re now worse than them.

3. Realize that the world doesn’t revolve around you 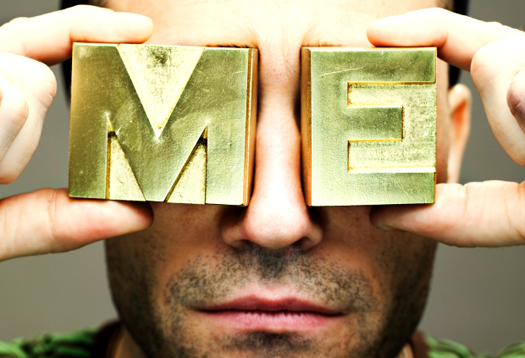 For a second, stop being self-centered. You live on a planet inhabited with other living beings who also have emotions and a little “me voice” in their head. If someone wrongs you, try and understand why it happened and how they came to that point. Then work from there.

Pride is one of the “seven deadly sins” for a good reason.

One tragic irony I’ve learned is that the number one thing prideful people will lie (or commit atrocities) to protect, is their own integrity. Never trust someone who cares more about their own pride than people, and even better, don’t be that person.

4. Move awaaay from the self-pity 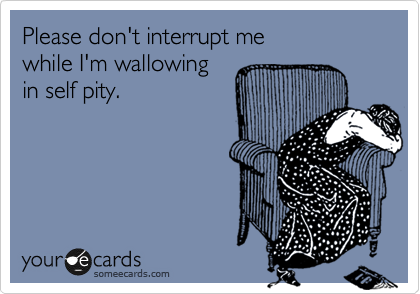 Nothing positive ever comes from wallowing in self-pity. This is a great way to lose yourself. You can’t empathize with others effectively when you’re only thinking of your own suffering.

I hear so much “me, me, me…look what he/she did to me…” Yes, you deserve compassion. But so do other people. Try to understand other points of view.

There’s a fundamental concept in Buddhism called “manifestation” – your existence is how you perceive it to be and your mindful energy will create your desired reality. You are your own self-fulfilling (or defeating) prophecy.

If you’ve trapped yourself in a downward spiraling whirlpool of your own creation, deconstruct it yourself without blaming others and don’t expect others to pity you.

Why? Because unless you’re a hermit, you have a responsibility to society to be self-aware. You can’t see clearly when you’re underwater and you’re splashing around blindly to the detriment of others. And “boo-hoo you stepped on my toe, poor me you horrible horrible person” isn’t an excuse to drown that person. What if that person who stepped on you was trying to save you from drowning?

5. Remember that you get what you give 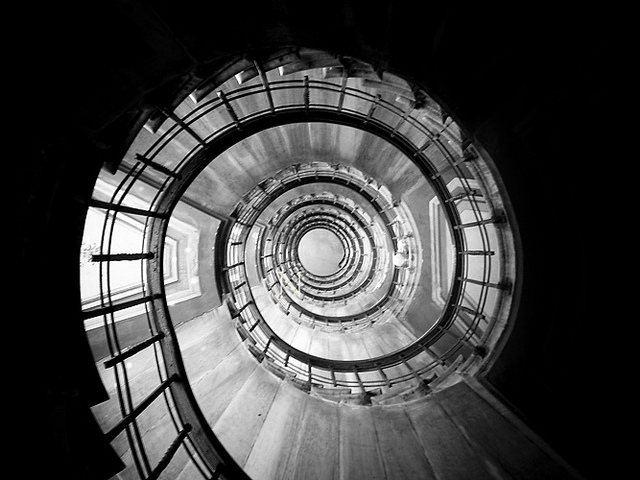 Do you really want to add more evil to the world? This is your choice. There’s plenty to go around already.

If you feel that someone has wronged you, and you feel that you’re tempted to act out of spite, maybe it’s better to just distance that person from your life and move on. This way you don’t put any negative energy into the world (which will cause more anger and suffering) and you no longer have to deal with a person who has affected you negatively.

6. Be the bigger person 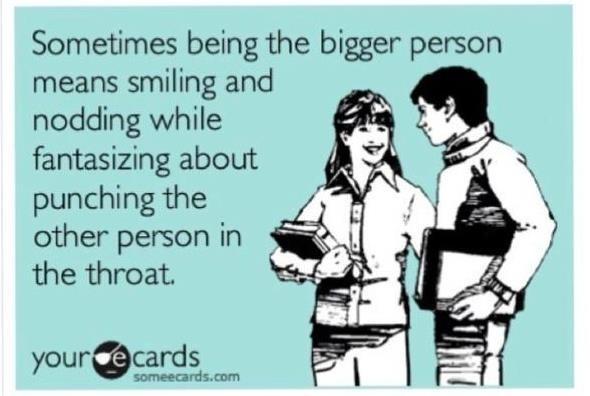 Just do it. Roll your eyes and complain if it makes you feel better, but walk away. If you’re the bigger person, you’ll never be wrong and you’ll probably be happier in the long run because you won’t be weighed down by guilt due to stupid small minded decisions. People will also respect you more.

7. Understand that you may only have part of the picture 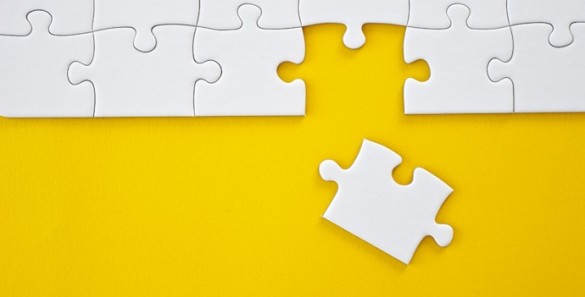 When you’re in an emotional state, you’re much more likely to jump to conclusions. You probably are focusing on certain parts of the picture. Perhaps there were forces working behind the scenes that you weren’t aware existed. You probably don’t know everything.

Be humble and don’t spread lies. Defaming your enemy doesn’t actually make you better. Make yourself better by being fair and learning from it.

8. Realize that best decisions you make are the ones done out of compassion 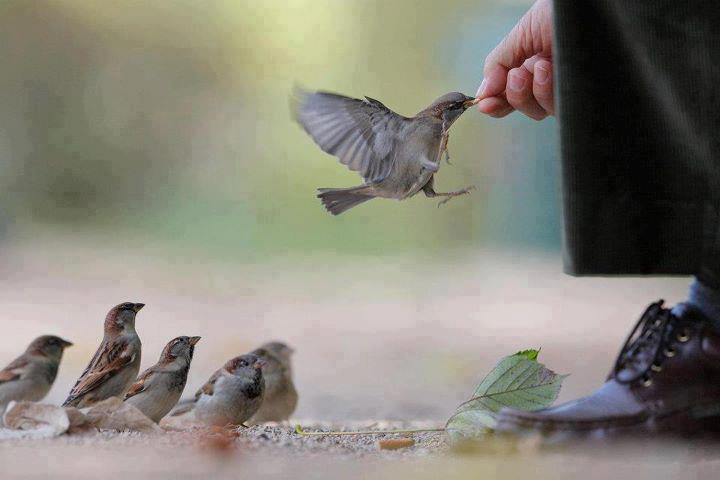 The decisions you’ll regret the most are the ones you made out of anger or hurt. Compassion leads to good deeds, and few people ever regret doing good. You may not always like the outcome (just because you do a good thing doesn’t mean other people will), but you can seek comfort in the knowledge you did the right thing and the other person just chose not to. 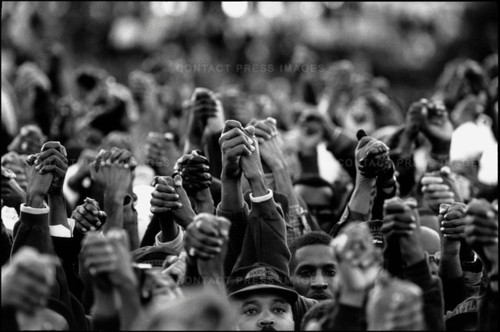 At the end of the day, we’re all created from the same bits of matter and energy that make up the universe. Maybe you believe that we were all created by God at the beginning, in which case all of humanity can be traced back to Adam and Eve.

Maybe you believe in evolution. If so, at some point there must have been an “Adam and Eve” of Homo erectus primates that gave birth to Homo sapiens. Before that, we were Homo habilus and before that we were the tiny Austrolapithicus (Lucy) and then whatever came before that, ocean microbes, and at the beginning of the universe, at the time of the Big Bang, we were all just a spark of energy.

Either way, we all came from the same energy source. The person sitting next to you is made of the same stuff. They also have a “me voice”, and although it may have a different personality, its energy source is the same as yours.

Remember the “Golden Rule”: Treat others as how you want to be treated. At the same time, don’t expect others to do something you wouldn’t do for them.

10. Have faith in the universe

Sometimes we have to watch evil happen and feel helpless to do anything to stop it. Sometimes our own governments and systems are corrupt. Sometimes you’ll get screwed over and you won’t get closure.

Find peace in knowing that the universe will, at some point, bring justice. There will be justice. Trust that this will happen and balance will be restored. Then move on with your life.

As the Serenity Prayer so wisely states, “God grant me the serenity to accept the things I cannot change, courage to change the things I can, and wisdom to know the difference.”