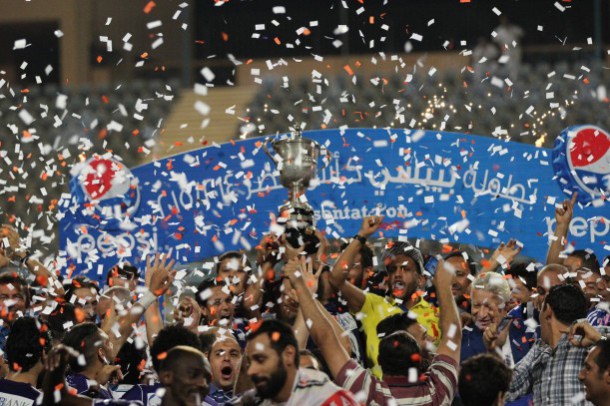 It’s been a long time since any of us read or heard something like that. Some people haven’t witnessed this kind of phenomena in their lives. The curse has finally been lifted thanks to Ex Porto and current Zamalek manager Jesualdo Ferreira who is also nicknamed “The professor”. 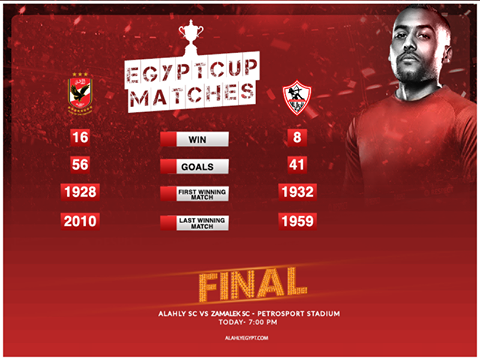 It was a very fast game from the royal team that Al Ahly couldn’t keep up with Zamalek’s pace as the players were insanely fast and skilled. Zamalek and Egypt National Striker, Bassem Morsy took Al Ahly’s defenders for a spin or should I say a slide?

Some people say Hussein El Sayed a.k.a “Marcelo” is still sliding after that wonderful dummy by Morsy before scoring the first goal. Actually, that wasn’t the only time that Marcelo had a horrendous sliding tackle, he pretty much spent the whole game sprinting up and down the pitch and sliding.

And Mahmoud Kahraba, the boy should be punished for the humiliation he caused to Al Ahly’s players. It was like he was playing alone. Kahraba would have 2 or 3 players around him and he’d just cruise by them. Same as Ayman Hefny who is dubbed as Zamalek’s Messi for his sublime ball control and insane speed.

The joy of watching Momen Zakaria have a bad day is indescribable. Momen could be the most confusing and hypocritical footballer in the world. Momen played for Zamalek in the beginning of the season and in his final game he kept kissing Zamalek’s badge, but later on in the season he went to Al Ahly and he scored twice against Zamalek in the league and did his famous Monkey Celebration which provoked every Zamalek supporter.  Imagine the joy we got from seeing him have a very bad match.

Oh have I mentioned the feeling of being defeated by your arch rival who haven’t won against you in many years ? It’s very funny, no Ahly supporter is sad that that their team lost, in fact, they might actually be happy for their Zamalek supporting friends. To Ahly Supporters, Zamalek Supporters are pathetic. They really do feel bad and sorry for them and they’re not sad Ahly lost because a lose every once in a while to your pathetic, weak and cursed rival won’t be that bad. 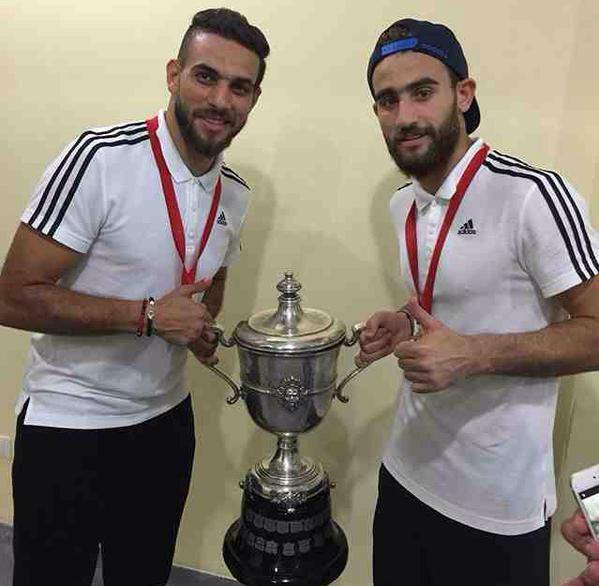 Zamalek supporters have gone ballistic after winning, they now beat Al Ahly to two trophies in the same year which I don’t recall ever happened before. It’s ok to celebrate but wow, this is just sad. It’s like they won the Champions league ya haraam and the funny thing is all their banters are useless because, like I said,  no matter what you say you won’t be able to get under an Ahly fan’s skin.

In the end, Zamalek were the better team and deserved the win but they have only won the first battle. There’s a war in the Confederation Of African Football (CAF) Confederation Cup if both teams win the semi finals they’ll meet in the final… And we can’t wait for that!

WE SAID THIS: Don’t miss Facts Every Zamalkawy Should Know Before Mocking Al Ahly