It hasn’t been a good couple days for big brands on Twitter! First is was Burger King that fell to prankster hackers then a day later Jeep! 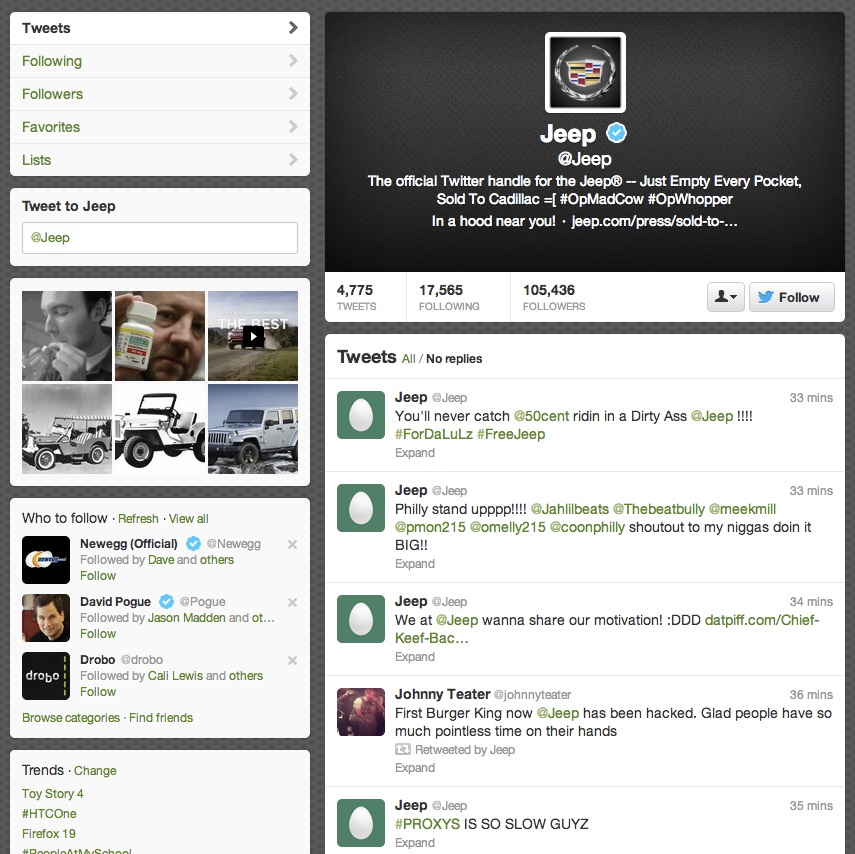 The second corporate victim of the twitter attacks was Jeep, when they suddenly began to announce they had been “sold to Cadillac” and an image of an imaginary “CEO” was posted smoking drugs out of a lightbulb.

We Said This: At least the hackers are creative!