This Arab Generation Doesn’t Want Marriage or Kids, Here’s Why 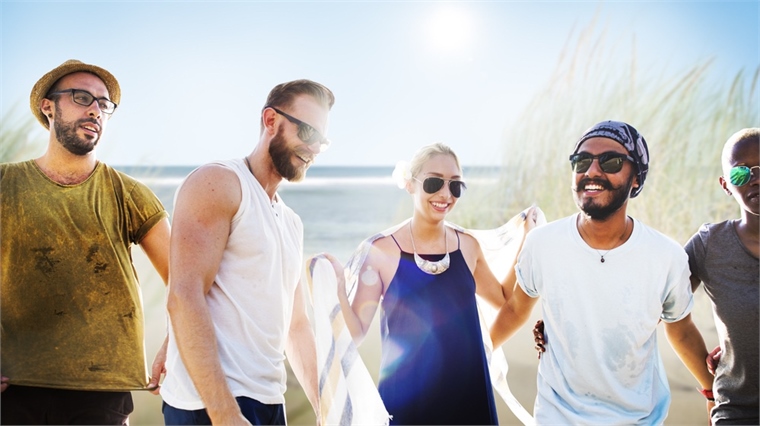 It seems weird, right? Going against our cultural norms or what most would refer to as “human nature”. A desire for life-long companionship through a spouse and offspring. We were raised with the concept set as life goals in our society. A goal that once is achieved, we are meant to feel some sort of accomplishment, a sense of fulfillment of life. Our family and friends mark it as a proud moment when we succeed. But it’s not. You don’t win a prize when you walk down the aisle and you’re production of a child didn’t require any real skill… sort of.

We are a generation of Arabs that were raised by dysfunctional families and we watched the generation previous try and fail to figure it all out. So where does that leave us, the millennials? Well, we’re all over the place, really. We tend to be cautious not to repeat the mistakes of our parents and older siblings and we avoid anything that might stand in the way of our happiness. If we’ve learned one thing from the generations before us, it’s that love is fantastic but it’s really not eternal and marriage is looked at almost as society’s greatest scheme.

We’ve watched marriages deteriorate from a selection of misfortunate reasons. Cheating, jealousy, pure annoyance, possessiveness, even children have contributed to a marriage on the rocks. While we believe time heals all, we find that a couple who should split end up taking one of two paths. Either they end up staying together to avoid scandal in the community and provide a more “stable” upbringing for their kids, which results in growing enmity between the couple. The other option is splitting up and facing a lifetime of whispers, rumors and side eyes from people who have no say in how divorcees should lead their personal life.

Children. As cute as they are and as much joy as they bring with their innocent smiles, they’re also a part of the undesirable list for Arab millennials. It seems natural, that motherly instinct to raise and protect another life, that fatherly desire to have a mini you to pass on your knowledge and skills to. While it may exist for some, the desire to have kids is not as strong as it was for past generations. The generation that was taught to bring kids into this world in order to pass along their legacy is invested more in their own legacy.

Having been raised by a generation who had to make enormous sacrifices in their careers and personal journey in order to provide us with a massive window of opportunity and a more fulfilled life, we’ve learned from them. Why would we take their sacrifice for granted and not go the distance. Why would we hesitate to go above and beyond and achieve true greatness and success, which comes in the form of sacrificing traditional familial responsibilities?

While a generation that may wish to settle down, meet a nice human being with the intention of having them father/mother their children one day, this impulse is not as strong as the desire for self-awareness and personal accomplishments. To older generations, it may seem we’re just a bunch of selfish, narcissistic brats who’ve strayed away from our Arab customs, and it might be true. But many Arab millennials have a strong need for true happiness and attaining success, as it has been redefined in our books. While we may conceive of happiness and success differently, many Arab millennials are shifting their sights and aiming for a more novel class of prosperity. Perhaps the legacy won’t be passed along to our offspring, but knowing we did our best and stopped nothing short of it will live with us forever, and to us that’s all that really matters.