For many, art is a form of self-expression and a way of escaping reality. Artists often use their pieces to express their innermost thoughts and feelings. Some artists, such as the art collective NooNeswa, use their art to make a difference in society. Particularly, to stand up for women’s rights in Egypt.

Following the 25th of January revolution, Egyptian women had high hopes that they would achieve the same social status that men enjoyed, since one of the revolution’s main aim was to provide equality to all Egyptians. Those hopes were short-lived, however, when a women’s right to protest a few months later was attacked and protesters were sexually harassed. 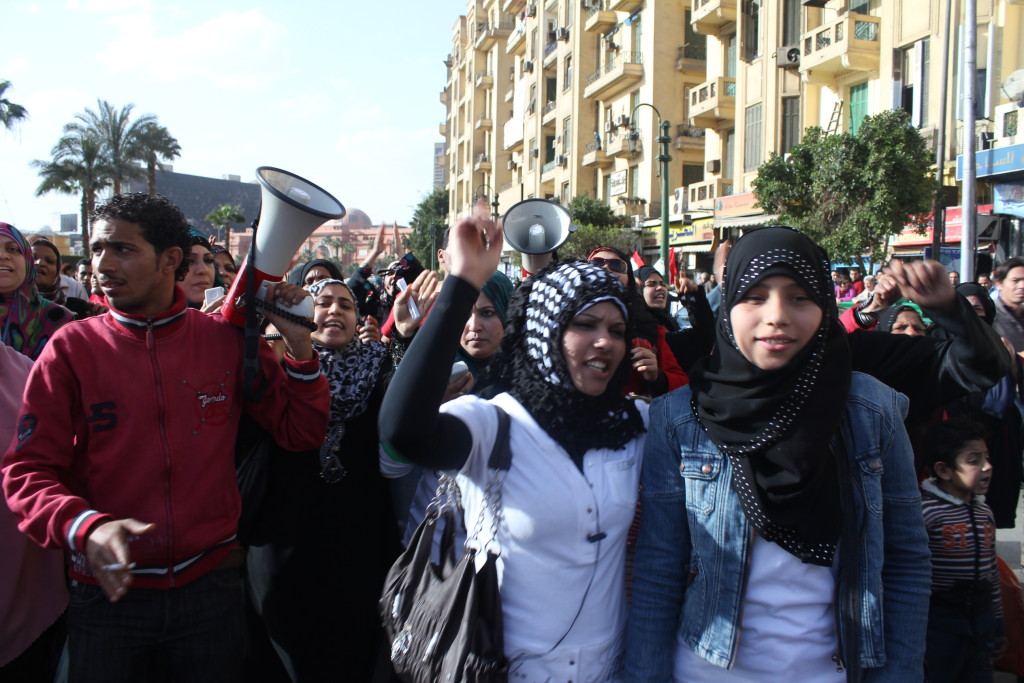 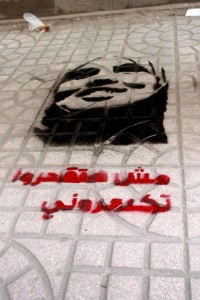 A year later, a group of artists founded an art collective called NooNeswa (نون النسوة). Shady Khalil, one of the founders of the art collective stated “They are already deleting female activists from our history books. In order to help reverse the effects of this and many other attacks on women’s rights, we have been creating graffiti campaigns with the purpose of reclaiming women’s rightful position in public spaces.”
The art collective’s first campaign was titled Graffiti Harimi which aimed at breaking social taboos through graffiti. The group’s Facebook page, ‘Graffiti Harimi’ will tackle and invert negative social ideas and stereotypes, and instead, build images that are positive and powerful to honor the women of our society.

Clickbait: A Positive Change for Representation of Muslims in a…

The group stenciled pictures of iconic Egyptian entertainers such as Soaad Hosni and Om Kalthoum with thought-provoking, tongue-in-cheek captions underneath. In one of the stencils, Egyptian sweetheart Soad Hosni is shown along with the caption ‘A girl is just like a boy.’

NooNeswa’s leader, Merna Thomas, described the campaign as “A very powerful, feminist figure.” She also acknowledged the irony in the fact that Egypt’s most powerful female icons all lived 50 years ago saying “It’s sad that we have to go back to the 1960s, when the feminist movement in Egypt was doing better.” 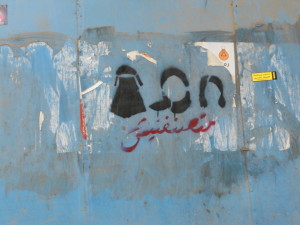 The group has launched many campaigns since, their most iconic being a graffiti with three women- one in a niqab, one in a hijab, and the third unveiled- with the caption “Don’t label me.” The group has also spread graffiti in a large number of Egyptian neighborhoods, including lower-income neighborhoods which have limited exposure to graffiti such as Basateen, Ard al-Maadi, Dar al-Salam and Old Cairo.
The art collective hopes to continue to grow despite its limited financial and human resources. Considering the group’s positive effect on Egyptian society, along with their success in empowering Egyptian women, we also hope NooNeswa continues to grow. NooNeswa, you deserve to be our  Arts and Entertainment #ScoopHero2015.