35 Reasons Why We Still Need Feminism

Here’s my message to all of the “anti-feminists” out there: Stop being selfish assholes.

Lately, the anti-feminist movement has been spreading like wildfire across social media. A foot-jerk reaction to the trending feminist movement (from people who don’t know seem to actually know much about feminism), this small contingent of women can be easily identified by the following talking points:

“I don’t need feminism because I already have equal rights and the same opportunities as men.”

“I don’t need feminism because I choose not to overlook the fact that men have problems, too.”

“I don’t need feminism because I’m not a victim.” 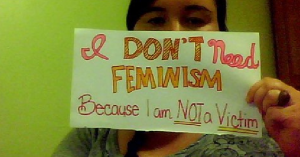 It’s great that you think you have equal rights and the same opportunities as men, and maybe you really do, but sadly your particular circumstance does not represent the circumstances of all women worldwide.

Anti-feminists, before you speak, please reflect on the consequences your attacks on feminism will have for less privileged women before you attempt to delegitimize an entire social movement.

Maybe feminism isn’t for you, but who are you to say other women don’t need it?

Try telling the women in 120+ countries who still don’t have legal protection against marital rape, who spend their lives getting legally raped and impregnated over and over again by their husbands, that they don’t need feminism. Tell them that feminism is “no longer relevant” today. 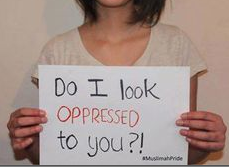 Speak for yourself. You can choose to ignore the reality that women in virtually every part of the world today still lack equal representation in governments, the economy, judicial systems and society in general.

But at least allow other women who are overtly affected by it to speak for themselves without dismissing them as “angry, man-hating lesbians”. If you really feel such a strong desire to prove to your feminist-hating male friends that you’re independent, you can do so without taking down other women in the process.

That said, here are a few good reasons why anti-feminists should rethink their views and stop throwing their own community under the bus.

We still need feminism because… 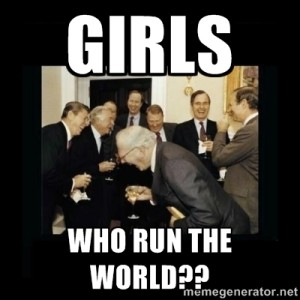 1. In 2015, not a single country in the entire world has an upper parliament or Senate with at least 50% female representation.

2. Out of 189 governments, only two have at least 50% female representation in their lower parliament or House (Bolivia and Rwanda).

3. In more than 100 countries, the main congressional body has less than 20% female representation.

6. In total, women occupy only 18% of parliamentary seats worldwide.

7. As of last year, only 17% of all government ministers were female.

8. Even in 2015, most countries in the world have yet to elect their first female Head of State.

9. Women in Saudi Arabia are voting for the first time this year. In Lebanon, women must prove that they’ve had at least an elementary school education in order to vote. Men are not held to the same standard.

10. In certain Middle Eastern countries, public perception discourages women from voting because women “have only half a brain”. 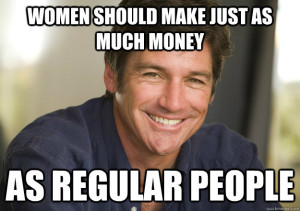 2. Female representation in top management positions worldwide is below 9%.

3. Globally, women are paid less than men. Women in most countries earn on average only 60 to 75% of men’s wages.

4. Women are statistically more likely to work “under the table” wage jobs with no legal protection due to labor restrictions based on their gender.

5. Because they earn less and often forced to work in the unorganized labor market, women are more likely to be viewed as economic dependents and are less likely to have union representation. 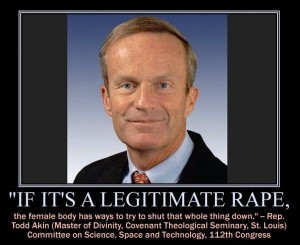 1. Not a single government high court in the world has at least 50% female representation.

2. Even in developed, industrialized countries, the average female representation on any given court lingers at around 20%.

2. In countries such as Libya and Afghanistan, female victims of rape are punished by law, and sometimes even maimed, disfigured, or killed by a family member for “dishonoring” their family name.

3. There are 127 countries that still don’t have laws against marital rape – 2.6 billion women live in a country where their husbands can legally rape them.

4. Every year, 15 million girls are married off before age 18. Some are as young as 8 years old, and married off to men five times their age to be used as pleased by their husbands.

5. Today, 30% of women in the world will have been married before age 18. Even though most countries outlaw child marriage, the laws are not enforced.

6. Underage girls can die from internal bleeding due to sexual intercourse. Complications related to adolescent pregnancy is the leading cause of death among girls between ages 15-19 in low/middle income countries.

7. In many countries, the burden of evidence is on the rape victim to “prove” the rape happened (something that is generally impossible without a witness) and may be subjected to invasive virginity tests. If the rape occurred to a non-virgin woman, it will be considered legal.

8. 61 countries around the world either criminalize, or highly restrict women’s rights to abortions, often contingent on the approval of their husbands.

9. 603 million women live in a country that doesn’t criminalize domestic abuse, and even in countries where domestic abuse is a crime, the woman is often blamed for “not leaving” rather than the husband blamed for abusing.

10. In many Muslim countries, a man possesses the legal right to divorce. This means a woman can be divorced without legitimate reason. If she is no longer a virgin, she will be considered “used goods” and may have a difficult time finding another suitor.

1. In the U.S., a woman is raped every 6 minutes. A recent study showed that 25% of American college-aged women have experienced rape or attempted rape.

2. In many parts of the world, society still turns a blind eye to premarital sex for men, but a woman who has premarital sex is viewed as a disgrace.

3. Feminine gendered words like bitch and pussy are still used to imply weakness, but if you “have balls” you are strong and courageous.

4. Female genital mutilation (FGM), “comprised of all procedures that involve partial or total removal of the external female genitalia”, is still common practice in 29 countries to girls as young as 5 months old.

5. These procedures are often performed in unsafe conditions, leading to infection and sometimes death. They leave women unable to feel sexual pleasure later on, effectively turning intercourse into a purely reproductive act enjoyed only by the man.

6. Women all over the world still endure cat-calling from men who harass them with social and legal impunity.

9. If a Saudi woman tries to leave the country, the government notifies her husband via text.

10. Every single one of the five major world religions, Judaism, Christianity, Islam, Hinduism, and Buddhism, has predominately (if not exclusively) male prophets, as well as a long history of interpretation and academic commentary drafted pretty much exclusively by men. 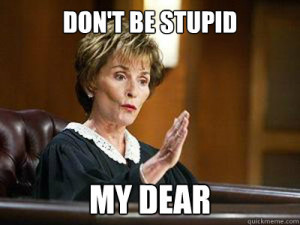 We can’t rewrite the past, but we can certainly see it for what it was and how it’s evolved. Acknowledging reality does not mean you are angry, it doesn’t make you a victim, and it doesn’t imply superiority.

In fact, quite the opposite. If anything, it means you’re level headed enough not to ignore history based on what your ego wants to be true. Ignorance may be bliss, but with knowledge comes power.

WE SAID THIS: So you think you’re a feminist? Here’s how it’s done.