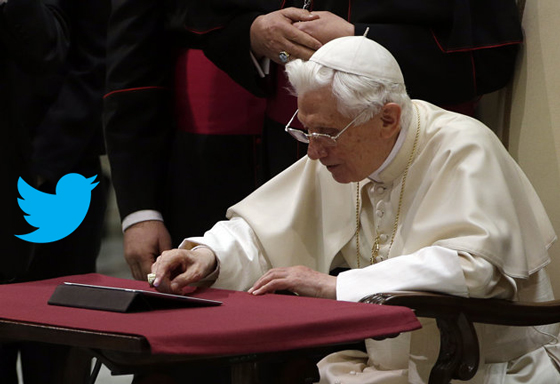 Pope Bendict turns to social media, and what a turn it was. After one tweet he’s broken a record for the most retweets beating Justin Beiber, the 18-year old social media whiz kind pop star. 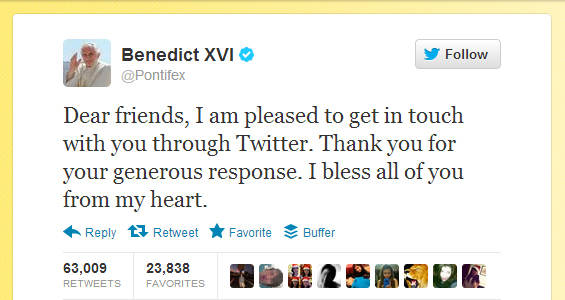 Pope got social media – savvy on us! Well It is still weirda and sad putting Justin Beieber, the Pope and Barack Obama in the same ranks.

Look like the pope isnt gonna stop here, he’s still gonna do more since he tweets in many languages including English, German, Italian, French, Spanish, Portuguese, Polish and Arabic and he will start tweeting in Latin and Chinese soon!

Yeah we dont think Justin and Barack can beat that…