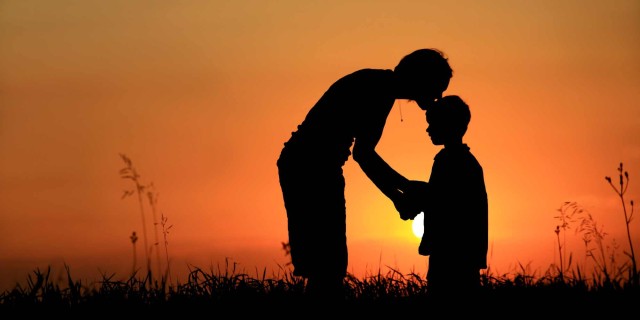 The stereotype that the world has built about Islam and Muslims couldn’t be further from the truth. Yes, there are people who call themselves Muslim and do horrible things in the name of Islam, but you’ll find throughout history many people across all religions who have done the same thing.

Islam should not be blamed for the mistakes that Muslims make, because Islam in itself is a beautiful, peaceful religion. The stories about the Prophet and how people converted to Islam because of how his actions were filled with compassion, mercy and love is how people should understand and view Islam.

Below is a story about how our prophet was filled with compassion:

Everyone was excited and dressed nicely and everyone had their perfume on. Prophet Mohamed (PBUH), while walking to the Eid prayers, sees this young child sitting on the side, and this young child has his face buried in his hands and he’s crying away.

He went to the child, he sat next to him on the side of the street, and he patted him on the back and he said, “Young child, why are you crying?”

So the young child says, “Today is the day of Eid and all the young children are holding their fathers’ hands and they’re going for their Eid prayers. My father was martyred in the battle of Uhad; I have no father, there’s no father’s hand I can hold”.

And he sat there crying on the side of the street. And he said, “Leave me alone, let me sit here and cry while the rest of the world enjoys itself”.

Prophet Mohamed (PBUH) said to this child, “If you are crying, Mohamed will also not celebrate the day of Eid”.

And Prophet Mohamed (PBUH) walked with the child all the way up to the Eid prayers, and when he was giving the Khutbah, he had this child sit on his thigh.

This is the mercy and compassion of our Prophet (PBUH). If only we had that kind of compassion. If only we looked out for one another instead of just thinking of ourselves. If only we always offered a helping hand and made sure that we could make up for anyone’s heartache when we can. The world will be filled with love rather than hate, unity rather than wars, the world would be a lot brighter.

Let’s learn from Prophet Mohamed (PBUH) and follow in his footsteps, for random acts of kindness have the ability to make someone’s world a lot brighter.