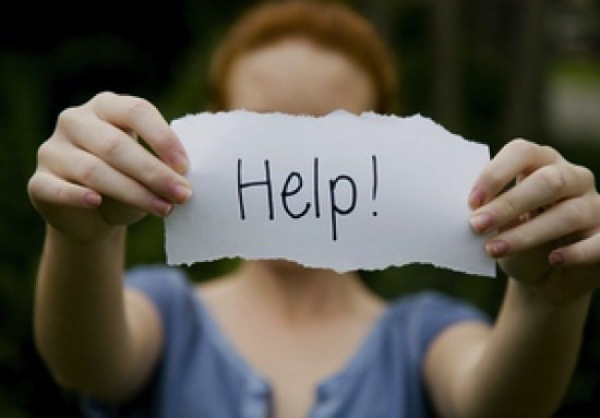 In a world where you are often judged by the way you look rather than who you really are, it’s not uncommon for a person to go through extraordinary lengths to fit it. In order to measure up to the “ideal” female body manufactured by advertising agencies, a shocking number of women have turned to extreme dieting and develop eating disorders at the expense of their physical and psychological well being. Like other psychological disorders in the Middle East, eating disorders are often swept under the rug and people rarely talk about the issue. Yet they’re a growing epidemic in the region. Whatever region you’re in, eating disorders are incredibly dangerous, and unfortunately, sometimes fatal. It’s important for anyone with an eating disorder, such as anorexia nervosa, to access help immediately. There are plenty of treatment centers, such as Clementine Programs, that can help in the recovery of an eating disorder.

Dr. Somaya Mahmoud, an eating disorder expert in Monofeya, gathered 500 girls from both public and private Egyptian schools to conduct a study aimed to find out the percentage affected by eating disorders. The results showed that 1.6% of the girls were bulimic and 0.5% were anorexic, statistics nearly identical to those in the US. Another study conducted in the UAE by Al-Ain University rounded up 900 teenaged Arab girls and revealed that 1.9% were anorexic (compared to 1% in the UK) and a whopping 75% were unsatisfied with the way look. 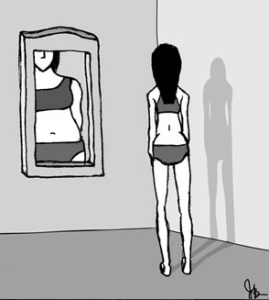 Experts believe that many factors – genetic, psychological, environmental and cultural – have contributed to the recent proliferation of eating disorders. According to mental health organization ULifeLine, eating disorders tend to run in families. Specific chromosomes linked to bulimia and anorexia are passed on from parents to their children. At the same time, ideals of beauty and social pressure to conform to those ideals are determined by society and culture.

Mervat Nasser, a leading Egyptian psychiatrist, wrote a book called “Eating Disorders and Cultures in Transition” in which she compares the diagnosis of eating disorders in the Arab region and Western world, observing that eating disorders are not a cultural problem and they do not just exist in Western countries. In fact, they exist right here in our own backyard and we probably know someone who is suffering from it.

The common perception about eating disorders is that it’s a choice and that people who are afflicted will eventually just ”snap out of it” and continue to lead healthy and productive lives. This couldn’t be further from the truth. Contrary to popular belief, having an eating disorder is not a ”choice”. People don’t choose to suffer from eating disorders, not any more than a person chooses to have cancer. It isn’t something that people can just ”snap out of” as if it’s just some temper tantrum thrown by disgruntled child. It’s a disease and millions of women – and men – around the world suffer from it. 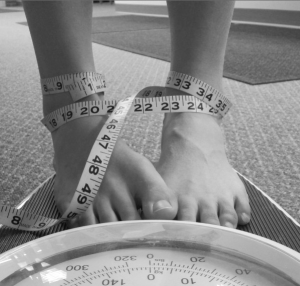 People who are diagnosed with an eating disorder know all about the health risks involved such as heart failure and kidney failure. However, the disease is so emotionally and mentally consuming, the risks seem meaningless. It doesn’t matter that their muscles are deteriorating or that their blood pressure is too low and they could possibly drop dead at any given moment. It just doesn’t matter because the struggle with eating disorders often leaves a person feeling empty and inadequate and they have this constant nagging voice in their head that they’re simply not good enough. It is a vicious cycle filled with self-loathing, anger, punishment and the illusion of control.

Arab society needs to stop living in denial because eating disorders are a major problem, the problem don’t just exist in the West and it’s only getting worse. People with eating disorders need to have a place to go for treatment, they need rehabilitation centers and clinical facilities. They need experts on the matter that are willing to face the problem head on and not just pump them up with anti-depresseants and hope for the best. What services – ones that are educated on the disorders and properly equipped to deal with them – are available in Egypt? In the UAE? None that are prominent enough to be found in a simple Google search.

WE SAID THIS: Read about depression in Kuwait.