Discovering MENA: Elections that Will Shape the Middle East in 2014

Sometimes, it seems as though most of the factors shaping the future of the Middle East are out of the control of citizens, from sectarianism and repression to foreign intervention and coups (or non-coups). Yet even though democracy continues to elude the region until now, several elections are scheduled to take place in the near future in eight Middle Eastern countries.

The eight countries in question are considered key players in the region and, often, in the international arena. Which is why – although many may feel tempted to dismiss these events as procedural or even cosmetic moves – we should take a closer look at their elections. 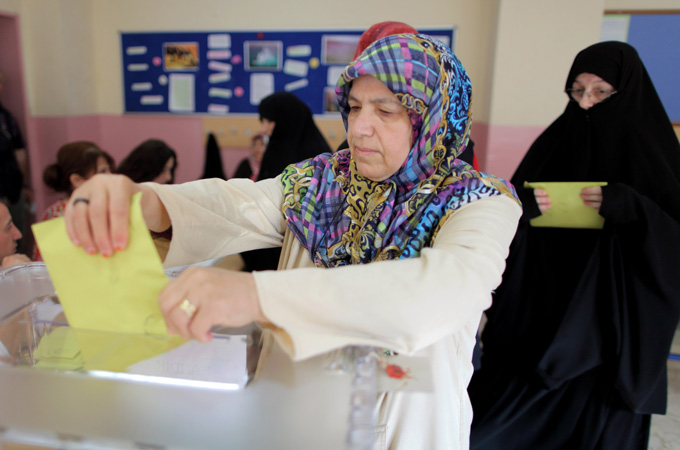 A vote in Turkey will surely influence the future of the region, even though it is not an Arab country. This is especially true if you take into account the recent decline in sway of its current government, whose Islamist tendencies had long been regarded as a regional role model especially after the Arab Spring broke out. This loss of influence is a side effect of the struggle that Political Islam has been undergoing across the region.

However, it also has much to do with the path towards authoritarianism that Prime Minister Recep Tayyip Erdogan chose to follow in a country known for its cherished secularism and its Westward-leaning nature. It is a path many Turks have been revolting against since the “Turkish Spring“, as evidenced by the Gezi protests in Jun. 2013. The past few weeks have witnessed a mixture of authoritarianism and corruption on many levels.

Turkey’s population is called to cast a vote this Mar. 30 in local elections, but the key events will be July’s presidential elections and next year’s parliamentary vote.

Many believe that the municipal vote, which will be held across thirty major Turkish cities and constitute approximately 80 percent of voters, will help Erdogan decide whether to run for President or not – thus doing a job swap with the current president, à la Vladimir Putin. If his Justice and Development Party (AKP) is unable to win the approval they expect, his overhaul of the Party’s bylaws already ensures that he will be allowed to run for Prime Minister . 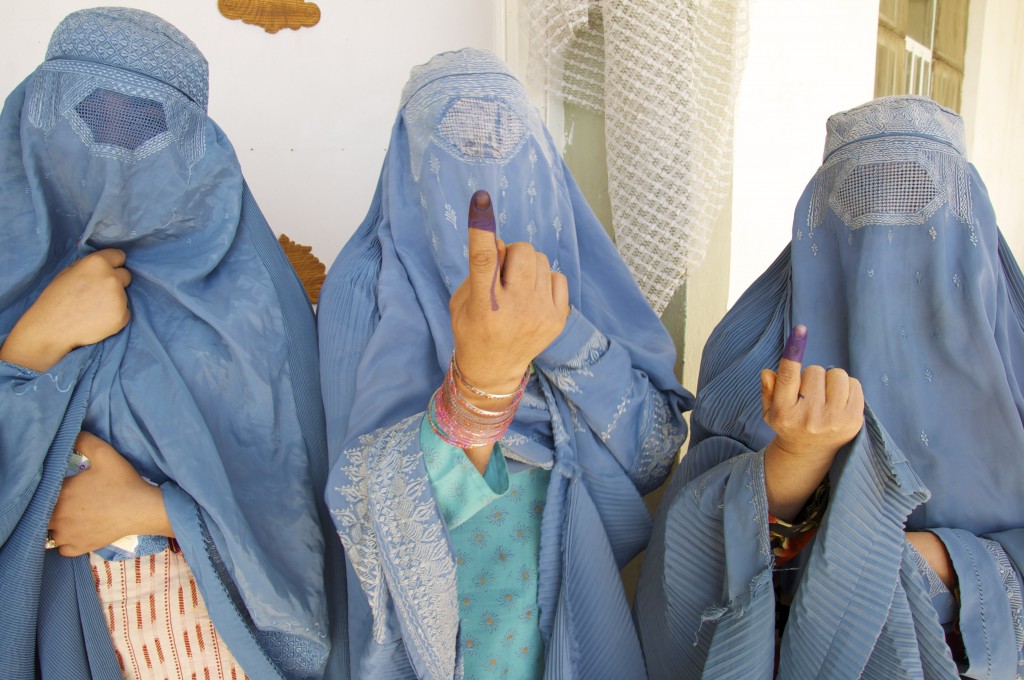 Presidential elections will be held on Apr. 5 in Afghanistan, and for once it seems as though the current president, Hamid Karzai, will not seek a third term (probably because the Afghan Constitution doesn’t allow it). The worst part is that the successful candidate may well be Karzai’s brother or one of his close allies. It is hard to expect major changes in a country still dominated by violence, an untamable Taliban counter-insurgency, corruption, thorny relations with its neighbors and a flourishing illegal drug trade.

Expected withdrawal of all foreign troops in 2015 will only add to the excitement. Karzai seems too focused on refusing to sign a security agreement with the U.S. that has already been approved by the Loya Jirga, or Afghan Assembly of Notables, arguing that it is preferable for the next president to take on the responsibility of negotiating and signing it. 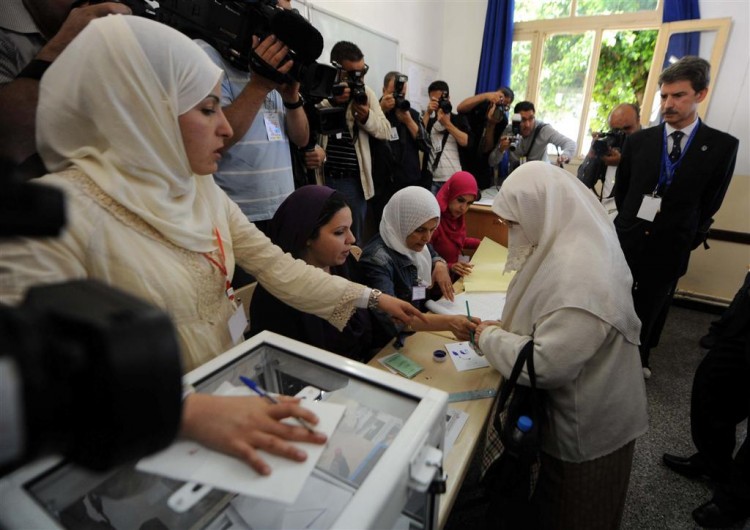 A presidential election is scheduled in Algeria for Apr. 17. President Abdelaziz Bouteflika, who is already 77, has been in power since 1999 and last year had to fly to Paris for treatment after suffering a mini-stroke. Recently, he announced that he will run again. Although twelve candidates have registered for the April vote, everybody expects Bouteflika to remain for a fourth term.

The news did not surprise anyone, but scared part of the establishment as well as many Algerians who thought this year would witness at least the first steps towards a transfer of power and a less authoritarian regime. Algeria is an oligarchy with much greater flexibility than many of its brethren, within the range determined by the authorities in power.

The Algerian regime could be labeled a “liberalized autocracy” (some people compare it with Russia; some think it may resemble the Moroccan model), as it is a less-repressive one that notably allows for freedom of speech. But Algeria is not a very stable country, mainly due to the power struggles between Bouteflika, himself a former soldier, and the military he has been trying to sideline for years.

The importance of the succession issue has to be stressed, precisely because the military has always played a very important role in Algeria. Yet military authority has been eroded by the fact that its top echelon did not take part in the War of Liberation and does not have “revolutionary legitimacy.” As a result, the strength and size of the DRS Intelligence Service, which imposed the appointment of the current Prime Minister and doesn’t get along that well with the President, has increased.

Indeed, it’s not just the President who will have to be replaced, but also other key high-ranking statesmen, namely the Chief of Staff and the Head of the Mukhabarat. Who will then oversee this process? The same dilemma arose 20 years ago, and instead of reaching an agreement, the elites set off a disturbing infight that saw the country descend into violence.

By some accounts, the regime is taking similar steps as in 1988. As a matter of fact, the shift leaves one important question unanswered: Even if, nowadays, Algeria is a tightened security landscape that guarantees stability, who will have enough political legitimacy to intervene if the situation deteriorates? 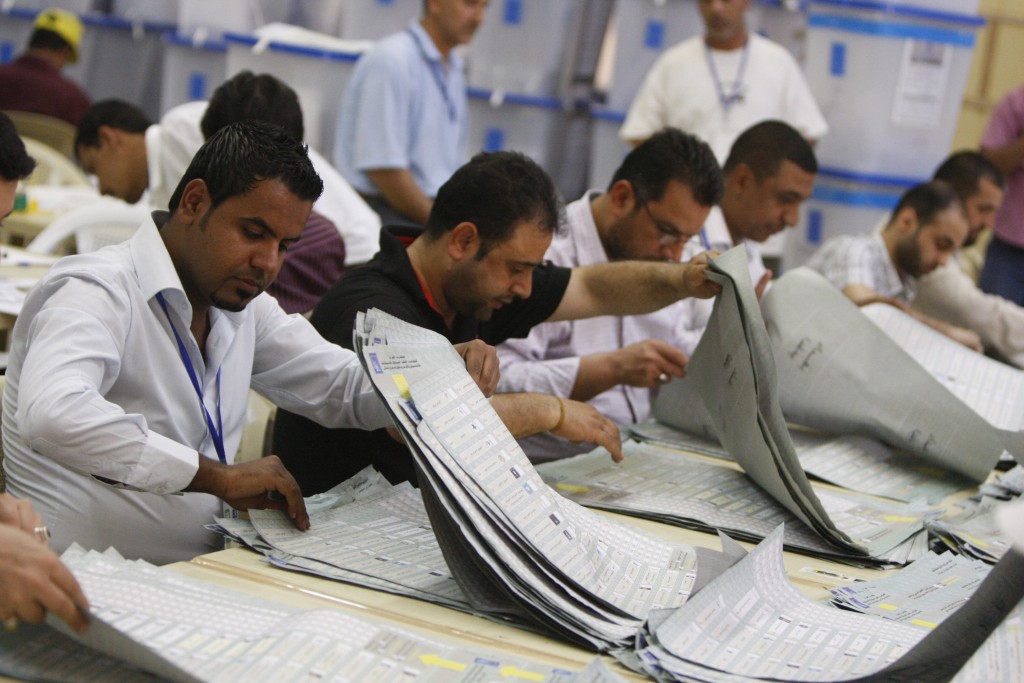 Iraq is another Arab country with elections scheduled to take place soon. A new parliament will be elected on Apr. 30. The Iraqi Supreme Court made things easier for the current regime by controversially announcing last summer that the current president, Nuri al-Maliki, was allowed to run for a third term.

In a country with widespread sectarianism and where dozens of people die every week, an election does not appear to be the way to attain stability and allow Iraqis to thrive again after years of repression and war. Yet despite mounting violence and ongoing protests by the majority of Sunnis, who feel sidelined and even mistreated by the government, Al Maliki still counts on the support of a large constituency and a key partner, Iran (together with Bashar Al-Assad, who nowadays doesn’t seem to be of help).

Almost a year ago on Apr. 20, Iraq held local elections, the country’s first vote since U.S. troops withdrew in Dec. 2011 – a vote that was marred by violence.

After the political mess Lebanon has been plunged into for months, a new cabinet was finally created last Feb. 15. The country has since suffered from deep labor pains. In the event of a void in the presidency, which is not unlikely to happen, its newly formed government of national interest has issued a much-awaited ministerial statement allowing the Parliament to guarantee immunity.

Now, a new President has to be elected, and the constitutional deadline for the vote theoretically stretches between Mar. 25 and May 25. There is, however, a dilemma (of course there is!): Should President Michel Suleiman’s term be extended for the sake of stability or should an election happen for the sake of democracy? 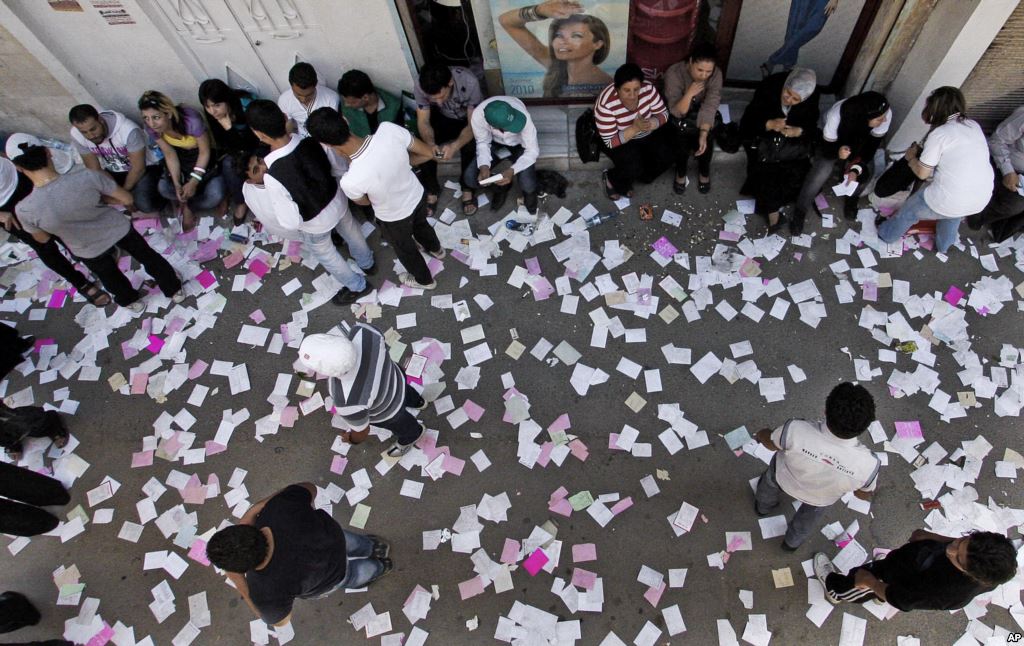 In Syria, presidential elections are also due to be held this year. Bashar Al-Assad has never technically been elected, as he was merely “confirmed” by 97 percent of those Syrians who cast a vote in 2007. However, he has already announced several times that he will run for re-election again. His seven-year term ends in July.

The latest news in this regard came when the UN special envoy Lakhdar Brahimi warned last weekend  that the vote would doom the peace talks that already stalled last month in Geneva. Nobody expects the elections to be either free or fair, but it will be undoubtedly interesting to see who participates in the charade and how the international community (every bit of it) will react. 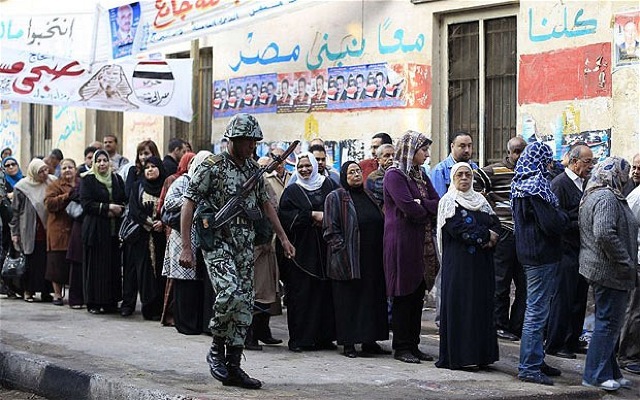 A presidential vote will also take place in Egypt, next autumn. In this case, the results are an open secret in the country. After key moves, such as the resignation of the whole Government of which he was Defence Minister and the reshuffle of the Army of which he was the chief, everybody expects Field Marshal Abdel Fattah al-Sisi to announce his candidacy from one moment to the next.

His certain victory (either due to popular approval or after massive rigging, Mubarak-era style), despite the strengths of some of his self-declared rivals, would represent the final step in a process that started last  Jun. 30 in which the Army regained full control of the country (if it ever lost it), leaving in its wake hundreds of deaths, dozens of arrests and a population more polarized than ever.

Oppression (not only of the Muslim Brotherhood but also against leaders of the 2011 Revolution), and therefore fear, have reached unprecedented levels. Desperation is widespread due to a sinking economy where vital components such as tourism and foreign investment are conspicuous by their absence. Back to square one, or even worse. 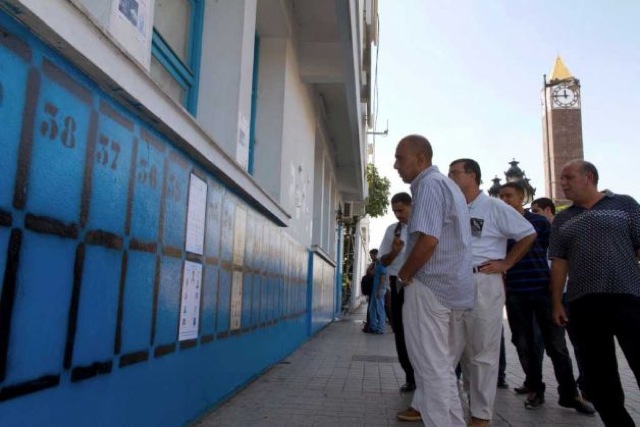 Tunisia, the country where the Arab Spring was born, became a reason to believe in a shinier future for the region when its Constituent Assembly approved a text that is by some accounts more advanced than some Western constitutions. The new constitution will see the establishment of a new government by the end of 2014. Once, that is, a new electoral law is approved.

The Islamists, represented by the Ennahda Party, have been wise enough to see the perils of overseeing and controlling a rocky constitutional process and decided to step down from power in favor of a technocratic government. Everybody expects them to win in the next vote, although it will not be a very smooth process: Tunisia will still have to face serious challenges, particularly in the economic and social fields.

Elections, by themselves, don’t decide the future of a country, much less the future of a region in which democracy has never been the norm. Their function consists in allowing the voters to legitimize who they believe has the best vision for their future. The front runners for all eight elections have been in politics long enough to know this.

George Bernard Shaw once said that “democracy is a form of government that substitutes election by the incompetent many for appointment by the corrupt few.” I believe this quote has never been truer than in the Middle East today.