Chitchat With the Mastermind Behind the Hit Web Series “Weghet Mazar”, Ola Roshdy!

Last week marked the 10th edition of the Creative Industry Summit that took place at the Four Seasons Nile Plaza! This season hosted some of the top-notch pioneers that have a huge impact on the creative industry.

Everywhere you’d walk, there was someone interesting to talk to and maybe learn from. During the summit, we got to interview one of the most creative content creators in Egypt, Actress Ola Roshdy! 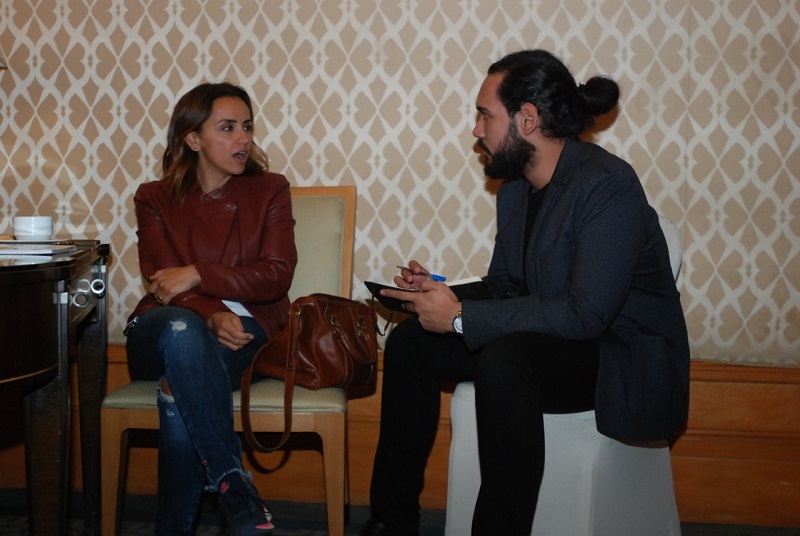 Ola Roshdy filled the gap of original content and made it relevant to Arab mothers. She created a web series called ‘Weghet Mazar’, and it’s literally one of the funniest and most useful series on the internet! Mothers relate to it on so many levels, and from the first episode, you’ll know why. Ola recently released a music video on mother’s day that went super viral for all the right reasons.

How did the idea of Weghet Mazar come to life?

I’ve always wanted to do a show for kids, and when social media was booming I was a new mom. So, instead of taking the show on TV, I decided to start on social media to make it more available for all the mothers out there. And it was a process of evolution. It started with some simple snaps and developed over time.

How do you think the digital age benefited mothers?

It immensely increased security and provided easier access to the kids. You can reach your kids, know where they are, and what they’re doing thanks to technology. Moreover, it gave mothers access to information. They can search for anything they want online, with detailed guides, tips, and life hacks.

Will we see more music videos after the last one you released on Mother’s Day?

The music video was a trial, and we’ll probably do more after its success. I want to take the show to the next level and have different segments; with a song being one of them.

What are the challenges that you faced while doing Weghet Mazar?

The first challenge was staying sharp and tackle the content on a daily basis. The show wasn’t set up, it was purely spontaneous. So, I always had to be ready for finding new potential content for the show.

What are the next steps for Weghet Mazar?

I want the show to go on a regional level. I want it to be relatable to all Arab moms, and be useful, fun, and real.

WE SAID THIS:  Share Weghet Mazar with all the new moms around you for some guaranteed laughs.