Why Do We Still Have Child Labor In Egypt?

In a recent Sustainable International Business class of mine, the case we had to discuss was one of those unpleasant topics we tend to shut ourselves out of: child labor.

While the class discussed Pakistan, India, Bangladesh and Asia, my mind kept going back home, to Cairo, where child labor is a daily sight we witness and one with which we actually grow quite comfortable. 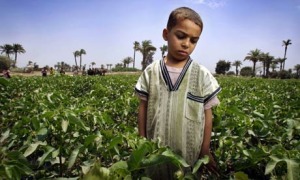 In 2013, Egypt started taking baby steps towards eliminating the worst forms of child labor existing until this very day. Then the government amended the 2014 constitution, establishing a minimum age for work and prohibiting commercial sexual exploitation and hazardous work for children less than 18 years of age.

Of course, implementing the legislation is crucial to see any of those changes take effect. The government also participated in a EU-funded program of $81.5 million to provide education for children who are prone to be used in child labor.

However, as nice as it all sounds, our children still continue to engage in child labor, particularly in agriculture and domestic service. Why?

In most cases we study, it is all about big conglomerates in the business world that use child labor to cut their costs: Ikea, Nike, H&M and so many other big names.

Significant awareness raising and actions have been undertaken to combat this atrocious practice, but there is more behind child labor than just blaming big brands that would seemingly seize the chance to abuse anything, given the right conditions. 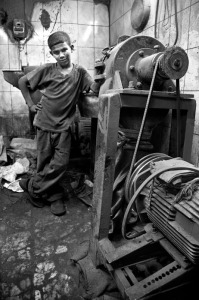 Think of how damaging this is for a child – mentally, physically, socially and morally destructive.

I know our media got busy for a while on the subject of street kids and we seem to go from one heartbreaking challenge to another.

And numerous attempts have been made to address these problems from all possible angles, from campaigns and institutions to help families organize their dynamics, to family education, fertility control and mother and child centers, yet nothing seems to have an effect.

Another point must be addressed, the most difficult subject of all: culture. If you try to poke around about why our farmers, doormen and our people living in menial conditions or, frankly speaking, in poverty have so many children, you will find out that in this culture, families often believe that more kids equates to more employees and the chance at prosperity.

For others, it may be that they don’t know any better and are simply replicating the way they themselves were raised.

But what about education, we ask? Well, we don’t have enough schools for our children, our education is not completely free, our system is completely chaotic, and aside from all that, many people have lost hope, even amongst the highly educated who end up with meager jobs and salaries.

It’s a vicious cycle and the matter is so large, it demands participation from everyone and the willingness for change.

WE SAID THIS: Don’t miss “Violence Against Street Children In Egypt“.