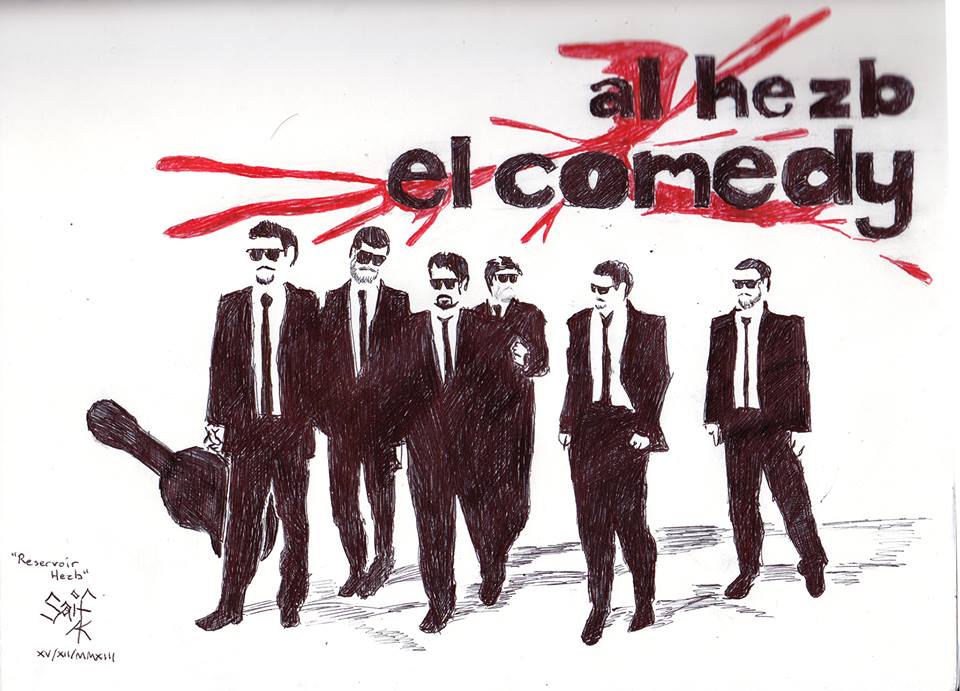 It was a bit of a climb to get to The District rooftop but the building was pretty (and warm) enough to motivate the traipse to the top, where Al Hezb El Comedy group would be hosting its “Are You Fok’in Funny?” open mic comedy show – the first of its kind in Egypt.

Entrance was 40LE and the ticket attendants were very friendly. They joked around a bit, comedians themselves, and we took our seats among the rows of chairs.

The show’s host – and Al Hezb El Comedy’s Managing Director, Saif Abu-Kandil, who goes by the stage name “AK-47” – warmed the audience with a comical introduction and drew random numbers to select participants who would join the two comedians in the judging corner. Two judges were selected from the audience, for a total of four judges, and I happened to be one of them.

AK-47 asked a few questions about who we were and cracked a few jokes about me being an American journalist (“You’re not from Al Jazeera, are you?”) and from California. I took a seat on the black beanbag stage-left with the other judges, where I was given a red sheet of paper to use as our veto card. 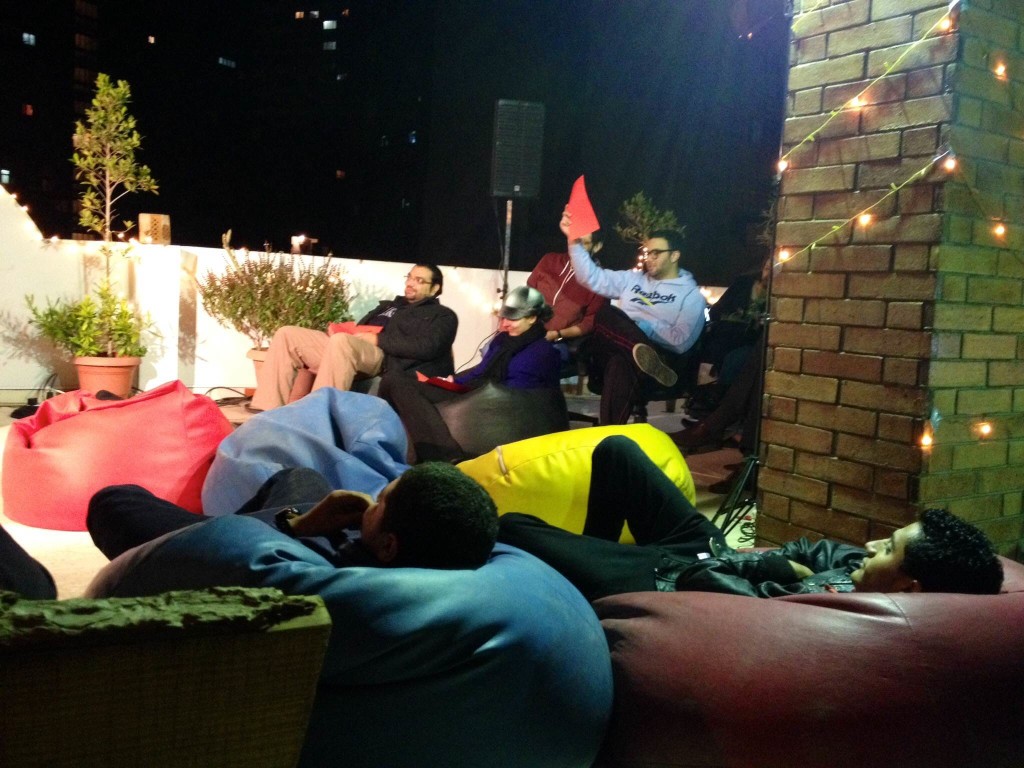 How does the competition work? Each comedian would be given five minutes on stage to perform. If we, the judges, were unamused by the performing comedian, we were to raise our red paper. Four red papers and you’re booted off stage. AK-47 kept the mood high with bits of his own (very personal, very funny) material in between the contestants’ turns.

There were five comedians: two Egyptian guys who told their jokes in Arabic, a German lady who did her bit on the “foreigner Arabic dictionary” (poking fun at Egyptian culture from the perspective of a foreigner), an English guy who had good stage presence but took too long to get to the punchline and lost the audience, and another Egyptian guy who had a hilarious American stoner bro accent and mannerisms that I really loved. The highlight of his bit, for me, was when he nearly tripped over the mic chord and tried to play it off. 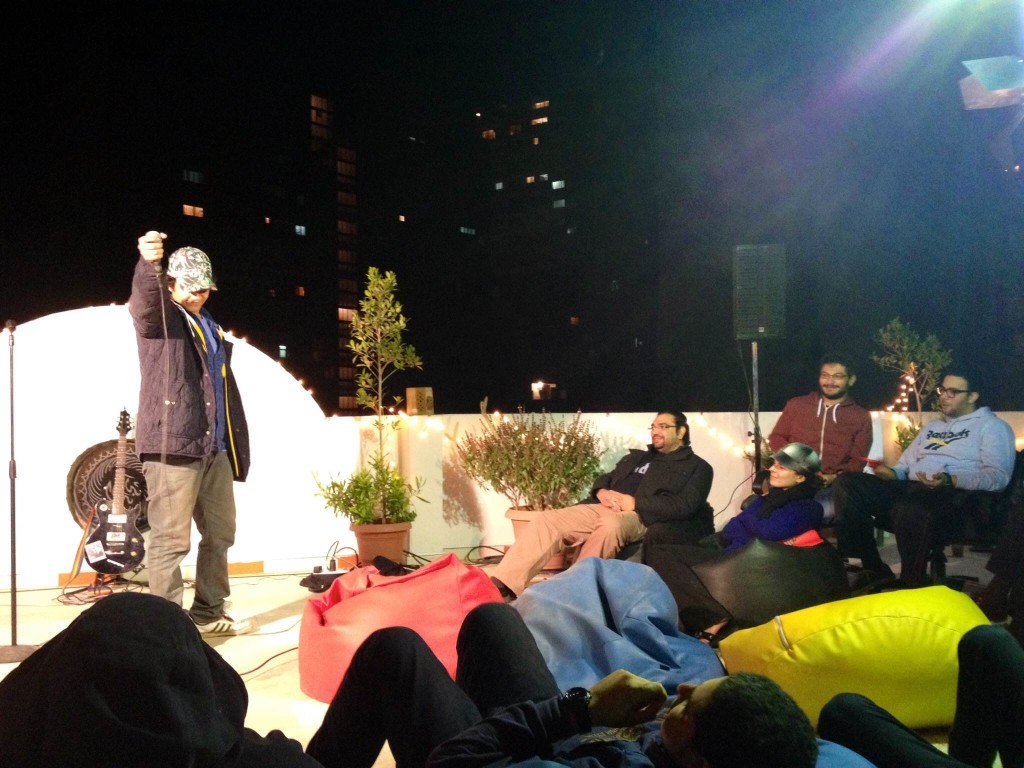 My favorites were the German woman and the Egyptian guy with the California accent. The crowd loved the first Egyptian guy who did his bit in Arabic, but I vetoed the second one because I didn’t really understand what was going on and he seemed to have lost the audience, as well as the other judges.

The German woman was the only one of the performers who didn’t get red carded by the two comedian judges. It was her first time ever performing but you wouldn’t believe it if you saw, and she was the clear victor of the night.

After the competition ended, there was a short intermission and the night closed with the hilarious, crowd-pleasing musical duo, the No Talents.

All in all, “Are You Fok’in Funny?” was a pleasant surprise and will do well with a mixed crowd. The red cards and five-minute time limit are a sure way to keep the excitement up and, given that this was only the comedy troupe’s second show using this format, I’d wager that it’ll only get better with fine tuning and a wider participant pool. I’d recommend others check it out, too, but I suggest you bundle up and bring a jacket, as The District’s rooftop can get very cold.

WE SAID THIS: Check out Al Hezb El Comedy’s Facebook page for their next show.