Why Egyptian Balady Cats Are a Superior Breed 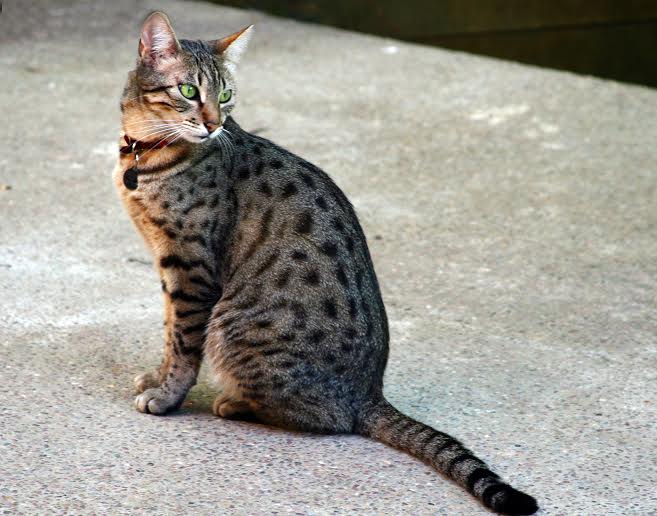 Ancient Egyptians worshiped many cat gods including Mafdeet and the more well-known Bastet, cat godess of beauty, women and fertility. Ancient Egyptians mummified cats and offered them as sacrifices to the cat gods. Cats were later domesticated (in Egypt) due in large part to their keeping rats and other pests away from farmer’s crops, and also turned out to be cuddly companions and were brought into homes.

The descendants of the cats worshiped by Ancient Egyptians are still in Cairo and you don’t have to look much farther than down the street to see them. That’s right, the creatures often seen begging for food outside cafes or digging in garbage piles could very well be the feline relatives of the goddesses worshiped in Egypt 6,000 years ago.

Maus are one of the ancient breeds of cats worshiped by the pharaohs often seen in the streets of Cairo today. They are one of the only domesticated breeds of cat that has spots and can be recognized by the M above their eyes. Egyptian Maus are incredibly intelligent and very affectionate. While they are widely ignored here in Egypt, an Egyptian Mau kitten can sell for as much as $500-1,500  abroad! Many Egyptians have cats as pets, but most prefer the fluffier, fancier Shirazi cats bought in pet shops or from breeders. There’s nothing wrong with having a fancy cat, but unfortunately, the dire conditions of pet stores and horrors of breeders in Egypt are well documented. Balady cats are seen as dirty pests that have no place in the home and are even poisoned, shot (or worse) in a disturbing effort to curb their large population.

DNA Tests for Finding Your Ancestry in the Middle East Region 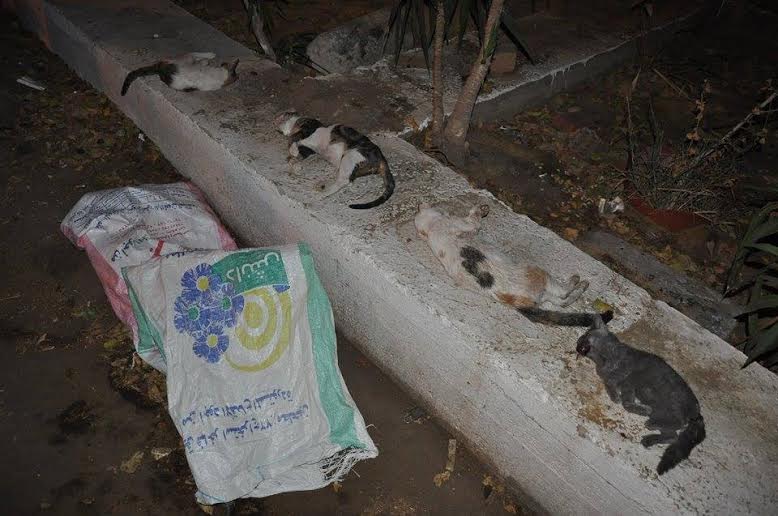 The best thing to do to reduce the number of street cats is a “trap-neuter-return” program that has proven both an effective and humane way to control feral animal populations. However, given the multitude of problems faced by Egypt’s human residents, it’s unlikely that much attention will be paid or resources spent on the plight of their feline compatriots.

The future of Egypt’s most ancient companion doesn’t need to be so bleak. Firstly, the stigma of balady cats should be removed. Not only are they loyal, playful and loving, they are usually much more intelligent and easier to care for than long-haired cats including Persian cats, which suffer from many health problems due to genetics and inbreeding. While an adult street cat probably won’t make the best pets, kittens can be socialized and raised as normal pets. There are several animal welfare organizations (EMRO, ESMA, SPARE) that are trying to help solve Egypt’s massive street cat problem. Cats and kittens are available for adoption from shelters and from kind individuals who rescue kittens and try to find them homes. There are also several Facebook groups and Craigslist ads for kittens that need homes. Find out more by clicking here.

Katie's interests vary wildly from kittens to anti-colonial resistance movements and pretty much everything in between. She is passionate about combating ignorance and apathy, promoting social justice and sleeping.