Why Being Veiled In Egypt Is Actually Easier 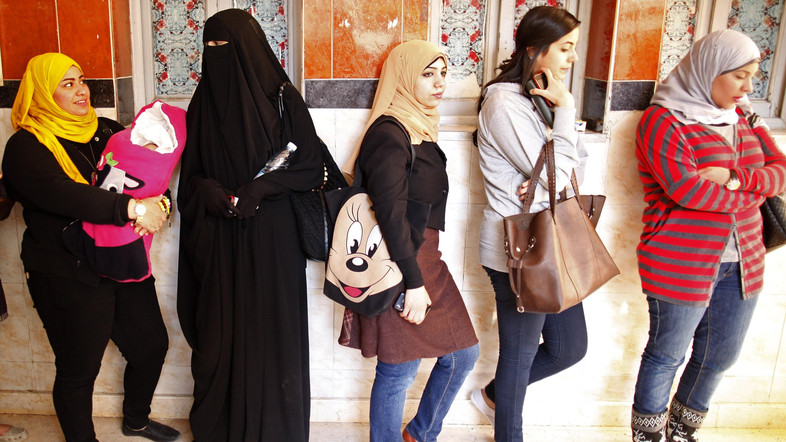 Browsing through my Facebook feed the other day I came across an article published on Scoop Empire by a young woman. The article was entitled: “Why Being Veiled In Egypt Is Becoming Extremely Difficult”.

Considering the political upheavals and religious tensions in the country, I was curious to see how current events were interpreted by a young woman publishing in a light reading, social media publication, somewhat similar to BuzzFeed, even though the thesis statement in the title made little sense to me at all.

Predictably, as foretold by the title, I found the article narrow sighted and largely inaccurate. The subjective, unfounded rhetoric and unsubstantiated examples frustrated me enough to waste a stupid amount of time responding with a counter article.

It is in fact actually easier now to be veiled than it was 10 years ago in Egypt. To claim that it is becoming “increasingly difficult” to wear the veil in Egypt would indicate that it was easier in the past, yet statistics in fact prove that the opposite is true.

The majority of Egyptian women today are veiled or are expected to be – 96% according to recent statistics from the Pew Research Center, which is more veiled women than ever before, at least since the early 1900’s, where the majority of Egypt was rural and living on a farm.

Before that in the late 1800s and very early 1900s, wearing a face covering as part of a Harem was considered a luxury of the wealthy woman.

Historically, the veil has always had class ramifications rather than religious ones. More so for the educated upper and middle upper classes, bolstered by Western education and the women’s rights movement in the first part of the last century.

Today, another reason, as to why some characterize the veil as a class issue, is due to the fact that 99.9% of lower and middle class Egyptian Muslims women are veiled. 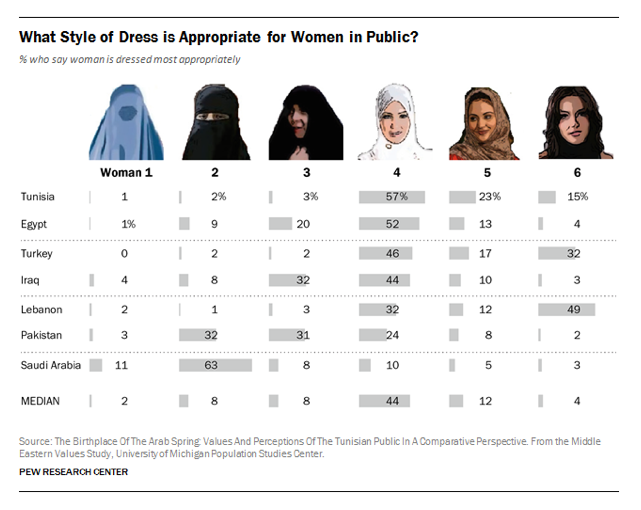 Class issues aside and in response to the claims the author made on the following subjects: 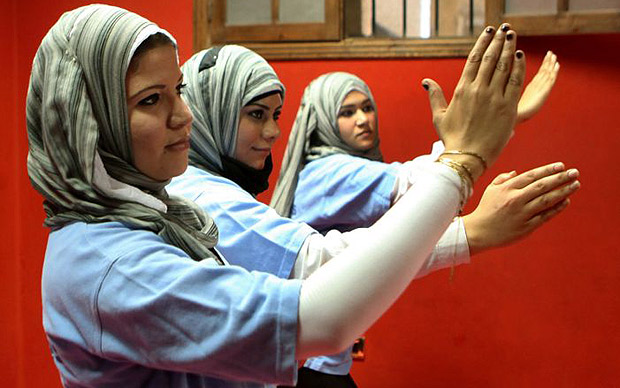 The author claims that it is harder to get a job as a veiled woman than in the past and cites examples of those that find difficulty in obtaining jobs whilst remaining veiled.

Now whether one likes it or not, the veil says something about the person who is wearing it; it’s a choice and a statement.

It is a manifestation of someone’s interpretation of religion or culture. It’s not the same as wearing a cross or a Helal around one’s neck, it is an overt message of a specific brand of a more conservative Islam.

In the fields where the person is in front of the camera, at the front desk, or representative of an institution who does not wish to be identified as secular, religious or partisan, the veil is a message that the employer has a right to not communicate.

Although state TV no longer bans the veil, in the past it was banned in order to highlight the separation between state, politics and religion. Inversely, some Muslim nations don’t allow the media make to make such choice, i.e. Saudi, Iran, etc.

Whilst on private satellite some conservative channels only allow veiled women, whilst some prefer non-veiled women, depending on their message.

Airlines – I have personally seen veiled EgyptAir hostesses. I’m not quite sure where the author got that they don’t allow veiled flight attendants. Almost all police women and female airport officials I’ve personally seen are veiled. As far as pilots go, I’m not sure that there are enough female pilots to offer any insight or valid statistics – I’m curious to know what the source of that information is.

I would in fact claim that the majority, the very vast majority of women in Egypt, cannot go to work not veiled for reasons of social pressure as well as out of fear. Whilst, disgracefully, most women are harassed in Egypt, veiled or otherwise, non-veiled woman dealing with the larger section of the population are more likely to be harassed, terrorised and looked upon as easy targets or even sluts.

In reality it is actually easier to work as a veiled woman rather than as one without the veil. 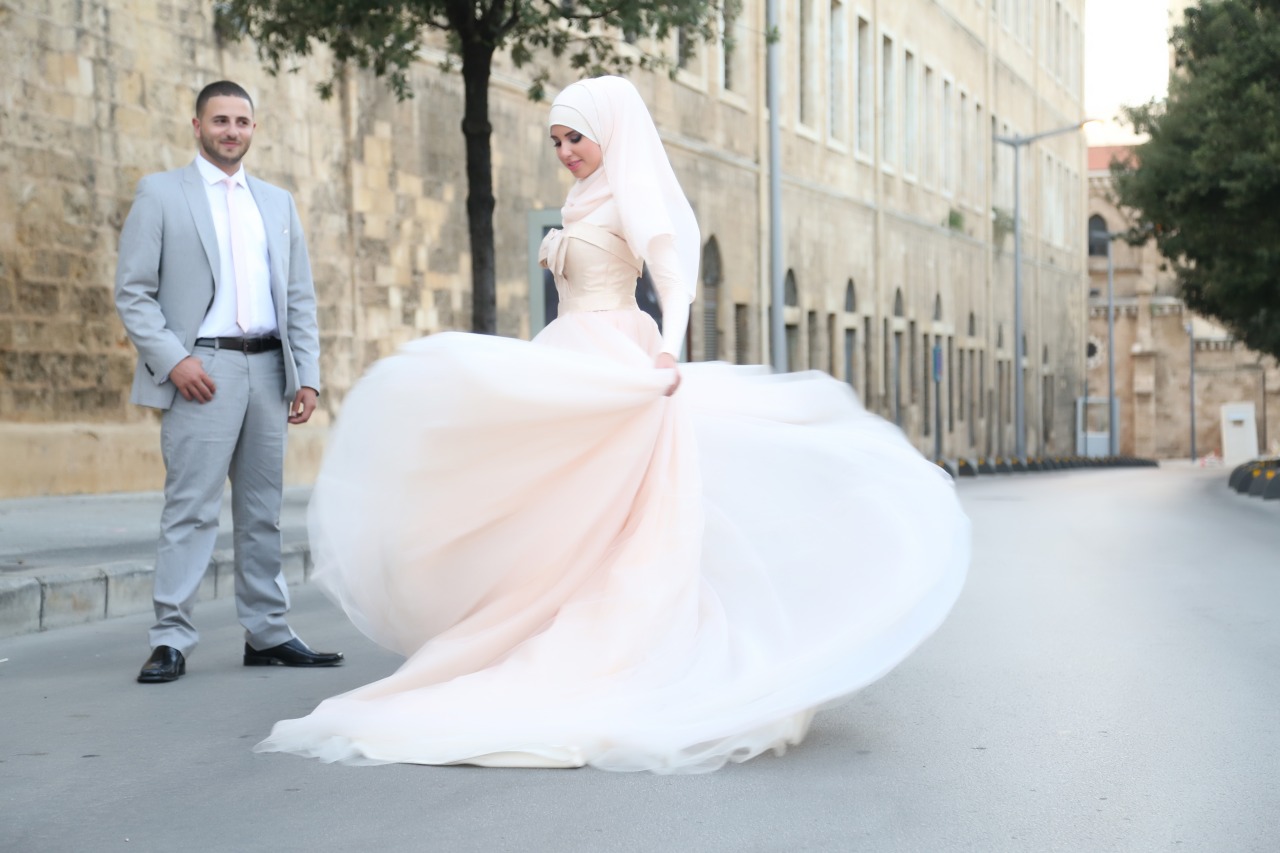 Again, I’m not sure how statistically viable the claim made by the author is that women often are pressured to remove their veil and men prefer non-veiled women for marriage. The huge majority of the population is veiled, with the majority of men, fathers and husbands insisting that their daughters get veiled at the age of 13 or much younger, or risk being punished or shunned by their communities and families.

Only 14% of Egyptian men believe women should have a choice as to what they wear (Fact Tank). Now that is peer pressure! This mentality also applies to marriage and the choice of women for most men in that segment of society.

Most men prefer veiled conservative women and most women are pressured into putting on, not taking off, a veil. 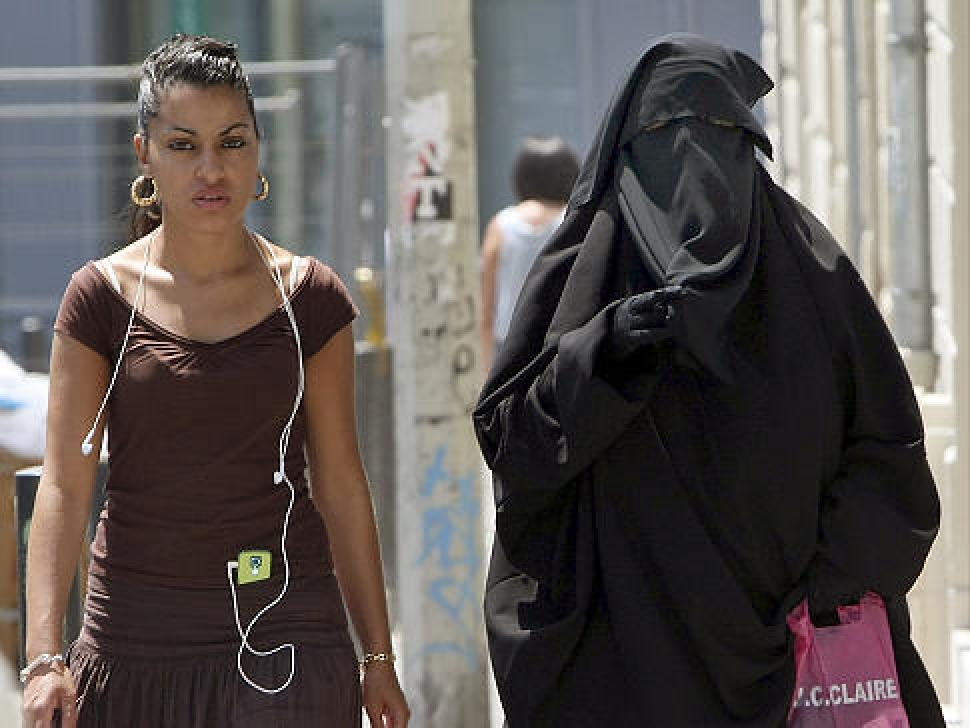 As mentioned above, wearing a veil is indicative of a more conservative brand of a religion, unlike wearing a passage of Koran or a cross on a chain. Of course, a veiled woman should be free to hang out at a bar or restaurant or club… that sells alcohol… that she does not drink because she considers it against her religion.

She has the choice, to liberally, not follow the conservative school of thought that claims being around alcohol is haram or forbidden, whilst simultaneously interpreting, conservatively, that women should cover themselves entirely or semi-entirely (niqab/higab).

The reality is that most of Egypt is a veil-friendly zone and the opposite for those not veiled. Try walking in any middle or lower income area without a veil or a government building or institution.

Furthermore, one is far more likely to see a veiled woman in a bar or restaurant today than five years ago, especially since and during the Morsi era, my source being bar and restaurant owners who don’t wish to be named.

Even if the article had been entitled, “Why Being Veiled Is Becoming Increasingly Difficult Amongst The Upper Classes” it would still be incorrect. I would have to agree that it is harder to be veiled amongst the upper and middle upper classes than amongst the lower and middle classes, but definitely not harder than it used to be.

The author asks since when was wearing a veil about class rather than religion, and states that recently women are being judged for veiling. On the contrary, things seem to be looking up for veiled women. Until recently, it really was considered, amongst that segment of society, a faux pas to be veiled, probably for the historical reasons cited above.

Judgment of the veil by the upper and middle classes is nothing new, more than eighty years old. I remember a time when far fewer women were veiled amongst society. I can say that, at least from my perspective, it is becoming far more common.

WE SAID THIS: Don’t miss Why Being Unveiled and Blonde in Egypt Is Becoming Extremely Difficult.